Too Injured for Tennis, Scholarship Winner Focuses on Business 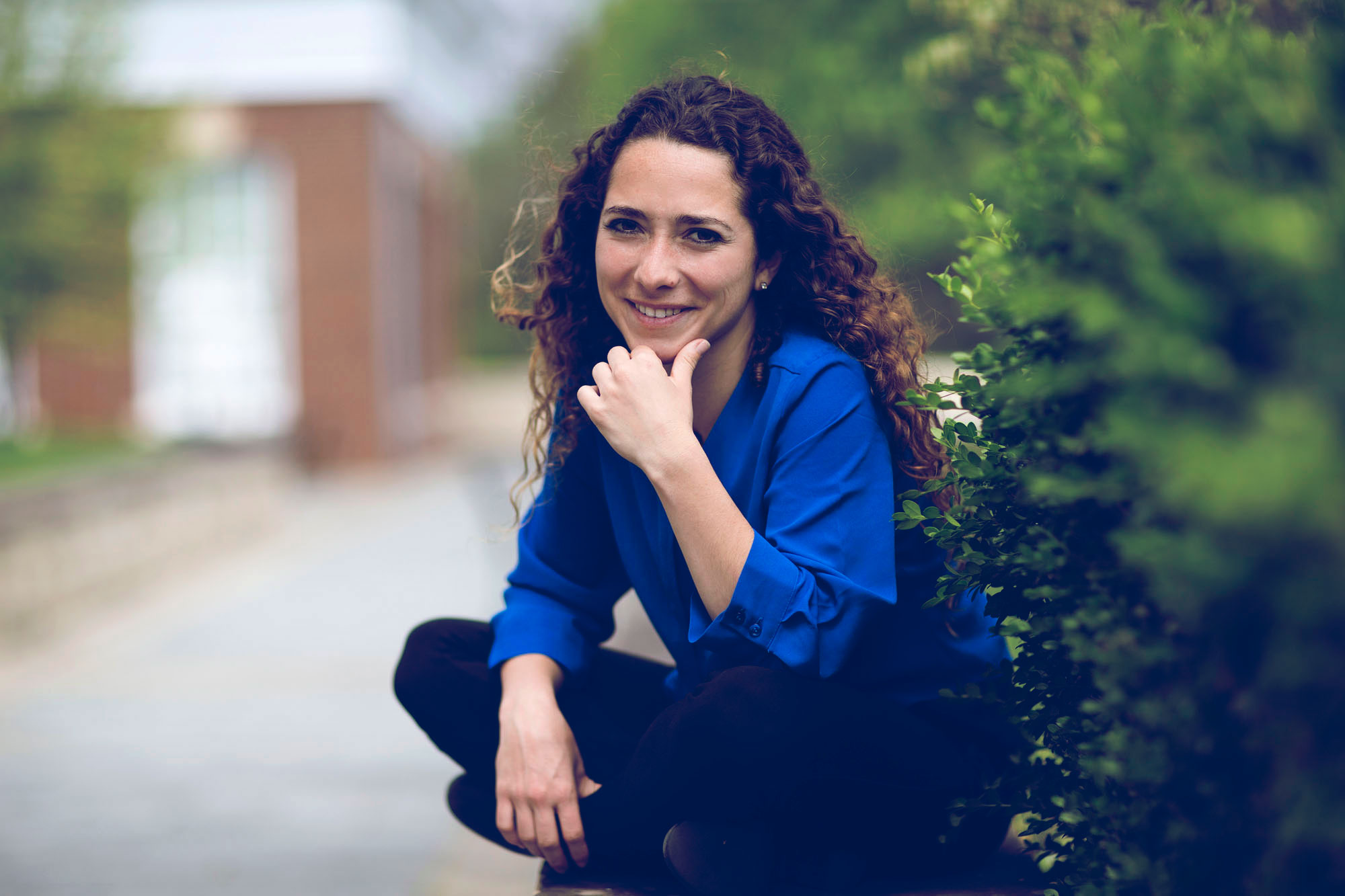 Michelle Fabiola “Faby” Chaillo, a third-year commerce major from Mexico City and Falls Church, will receive full tuition and fees for her fourth year at the University as well as a $10,000 stipend for living expenses.

The scholarship is awarded to the third-year student who best exemplifies leadership, achievement, enterprising spirit, humility and devotion to the University. The award is named for J. Schuyler Alland, a 1979 graduate of the McIntire School of Commerce and entrepreneur who built a successful national marketing research company before he was killed during a carjacking in 1992.

​“My first reaction when I read the letter on the Lawn was to re-read it to make sure I wasn’t dreaming,” Chaillo said. “And then I cried with happiness.

“I feel so honored and humbled by it. My heart is full of joy and gratitude, and I feel more energized to give back to the community. More than anything, I am very thankful for this honor.”

Chaillo won Virginia High School League Group AAA singles championships in 2009 and 2012, and was No. 1 in her age group in the U.S. Tennis Association’s Mid-Atlantic rankings and No. 18 nationally.

However, injuries essentially ended her competitive tennis career before she arrived at UVA. Multiple surgeries eventually led her to miss the 2014-15 academic year.

She used part of her time away from UVA to work with Coulter Companies (now MCI USA), a McLean-based association management firm. Fluent in French and Spanish, Chaillo was given responsibility to plan a Chanel Fashion Leadership Meeting in New York City.

As a business major, Chaillo is focused on marketing and is investigating the effects of different colors in promotions across cultures.

“Having lived in three different countries – Mexico, the United States and France – I have personally experienced the power of cultures and their effect on a person’s perspectives in life,” Chaillo said. “Color is a subconscious processing that is attached to memories and emotions; hence, I believe exposure to colors in different countries, like colors of flags, natural landscape, traditions and more, can affect how people react to promotional contents’ colors.”

Chaillo, ​​a 2012 graduate of George C. Marshall High School, has been on the dean’s list every semester and received a Lorna Sundberg International Scholarship, given to a rising fourth-year international student who has demonstrated academic merit and commitment to community service. ​She is president of the Commerce School Council; a member of the Class Council; a trustee on the graduation committee;; and a member of Sustained Dialogue and Pi Beta Phi sorority.

She has maintained her love of athletics as special events chair on the executive committee of the ’Hoo Crew, the official student athletic fan group at the University; a volunteer for the Special Olympics; second-year social chair for the Tennis Club; as a member of the performance team and a choreographer for the Salsa Club.

​She was a Marketing Campus Ambassador for Cross Cultural Solutions, a nonprofit devoted to volunteering abroad. She participated in the H’University Entrepreneurship Program, a weekly webinar by successful chief executive officers and other entrepreneurs, and brought Movember, a men’s health group that promotes growing mustaches to raise awareness about cancer, to UVA as part of the final project. She is also working on the development of a music-based social media application.

“​I am interning at McKinsey & Company as a summer business analyst in Mexico City,” Chaillo said. “I hope to work two years out of school in either strategic consulting or marketing. Then I plan to return to school for a master’s in either law or public policy.”

Mark White, an associate professor at the McIntire School, described Chaillo as “enthusiastic, engaged and super smart. She is the type of student every teacher wants to have in class.”

Mary Middleton, a Commerce School lecturer, praised Chaillo’s tenacity and spirit. “She will be an outstanding representative of everything Thomas Jefferson envisioned when he created the Academic Village,” she said. “I was consistently amazed at her forbearance and phenomenal attitude. During our many conversations, I also came to know that Faby is one of the most moral and ethical young adults I have ever had the pleasure to meet. She is such an amazing and delightful young woman.”

Over the years, the Alland Scholarship has gone to wide array of students.

“This is not a Sky-look-alike competition,” said Kent Sullivan, chairman of the Sky Alland Scholarship Endowment. “Over the years our winners and finalists have represented a great diversity of leadership roles, activities and backgrounds. Enterprising spirit can take many forms.”

​Chaillo said she is very grateful to receive the scholarship because it means the people who recommended her see in her the five qualities the scholar is supposed to exhibit. She said it also eases the financial burden of attending college.

“Finally, this scholarship is very rewarding to me because it recognizes and awards me for all the time and effort I put into our community,” Chaillo said. “I dedicate a lot of energy into many different parts of the community through all my involvements and random improvement work I’ve done when concerns arise, and it is very nice for the hard work to be recognized in such an honoring way, in memory of a truly amazing man who naturally had these qualities of a role model.”

A Year We Will Never Forget: 2019-20 in Review END_OF_DOCUMENT_TOKEN_TO_BE_REPLACED

‘What Will You Carry With You?’ Remarks From UVA President Jim Ryan END_OF_DOCUMENT_TOKEN_TO_BE_REPLACED