‘Too Short’ to Play for Legendary Coach, Law Student Writes About Her Instead 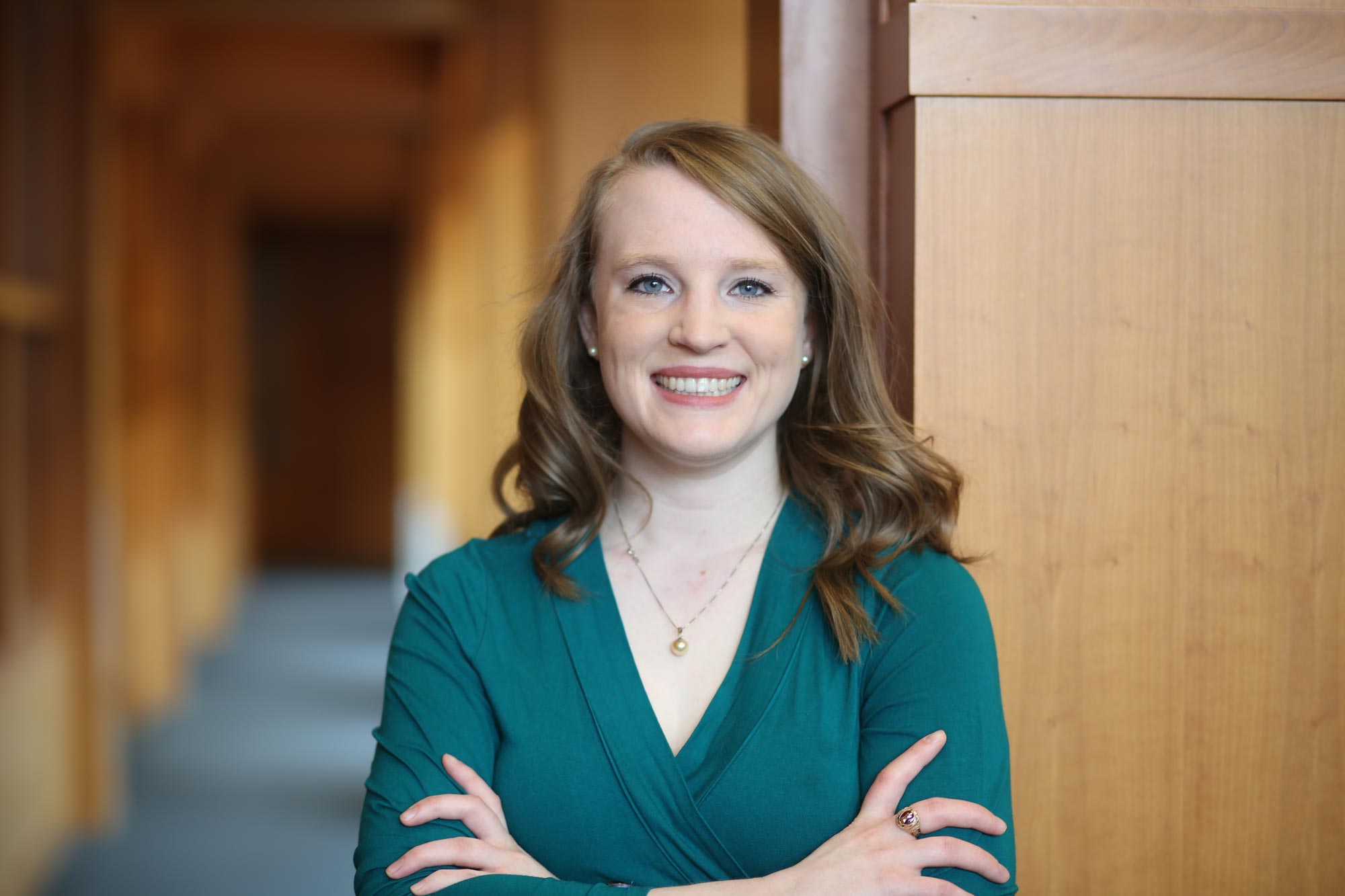 Though her basketball dreams didn’t work out as she had hoped, Amanda Swanson did become a coach of sorts, assisting UVA’s mock trial team. (Photo by Julia Davis, UVA Law)

If University of Virginia School of Law student Amanda Swanson couldn’t play for her coaching idol, she could write about her contributions to women’s athletics and sports law instead.

Swanson, a third-year law student, is co-author of “Full Court Press: How Pat Summitt, a High School Basketball Player, and a Legal Team Changed the Game,” published in 2018. Summitt was a Hall of Fame women’s basketball coach at the University of Tennessee from 1974 to 2012. She died in 2016.

A native of Knoxville, Tennessee, Swanson has looked up to Summitt since she was a kid dreaming of playing basketball, but her life took a different path and she earned an undergraduate degree in government and foreign affairs from UVA.

Swanson is also a coach, though of a different kind, with UVA’s undergraduate Mock Trial Team. She also has competed in trial advocacy and moot court competitions in law school.

In addition, Swanson participates in the Prosecution Clinic, spending part of every week at the Juvenile and Domestic Relations Court in Henrico County. She has worked on pro bono projects relating to domestic violence and is an executive editor with the Virginia Law Review.

In UVA Law’s occasional series “Star Witness,” Swanson talked about her involvement with UVA’s Mock Trial Team, what she learned writing about gender equity in sports, and other topics.

A. I was considering a couple of different jobs at the time, and it seemed like no matter what I wanted to do, it was going to be easier to get someone to let me do it if I had a law degree.

Q. Tell us something about your life before law school.

A. I worked for a Division III college basketball team the year before I came to law school. I thought at the time I was interested in sports management, and while I’ve definitely gone in a different direction since then, I think it was really valuable to do a job that had nothing to do with the law for a while.

I competed on UVA’s Mock Trial Team when I was an undergrad, starting in 2010. It was my substitute team sport since I was too short to play basketball. [Professor] Toby Heytens has done such an amazing job building the program into an annual contender and building a culture that students want to come back to. I usually get to work with the younger competitors, and I like that – I like getting to fall in love with something I’ve put so much time into over the years.

Q. How did your book come about?

A. My co-author, Billy Haltom, is a family friend of ours, and he had heard about this story and wanted to write about it. But his daughter, who I grew up with, told him that he was under no circumstances allowed to write a book about Title IX without a woman as a co-author. And she pointed out to him that I was working for a basketball team and about to go to law school, so it was probably a perfect fit. I jumped at the chance when he asked if I would do it – literally all I wanted when I was a kid was to be Pat Summitt’s point guard.

The book is about a lawsuit filed in Tennessee in the 1970s to try to force high schools to let girls play full-court basketball. Women used to only play the half-court game: three defenders on one side of the line, three forwards on the other, and no one was allowed to cross. They justified it as a medical thing – they actually claimed it was because women’s uteruses would fall out if they ran the full length of a basketball court – but it was really about the fact that the men in charge did not want to think of women as athletes and competitors. And they didn’t want women to get the chance to think of themselves that way, either.

Q. What did you learn from co-writing it that you can take into your legal career?

A. Co-authoring the book was basically identical to what I’ve done in all my jobs in law school: One of you circulates a draft of a chapter, you both mark it up, you talk through any conflicts and come to a compromise. It’s really great practice for the kind of joint drafting that you do all the time as a lawyer.

A. I’ll be clerking in Alexandria, Virginia, next year.