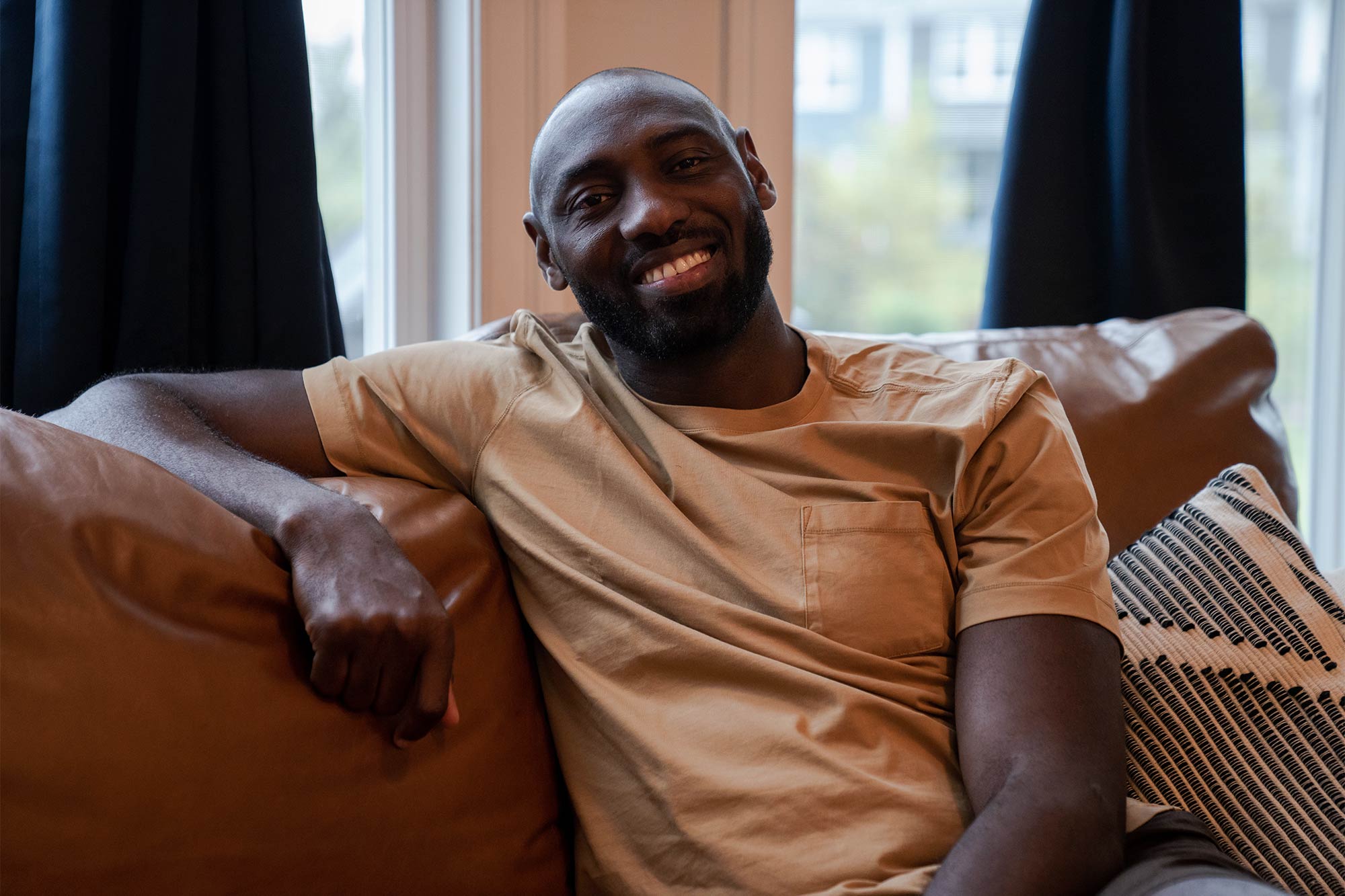 The reach of the University of Virginia men’s basketball program extends to Ibadan, Nigeria.

Tunji Soroye, who played for the Cavaliers from 2004 to 2009, was driving in his hometown on the west coast of Africa last summer when he spotted an older woman wiping her face with a towel commemorating UVA’s 2018-19 national championship team.

“It was so funny, man,” Soroye said with a grin.

There’s a firm sense of joy that comes over the 6-foot-11 Soroye when he reflects on his journey home 13 months ago. He hadn’t been there in 15 years, not since he was in the early stages of forming a new life in the United States, where’s he’s now living in Crozet as a successful medical device salesman with a UVA degree.

His return to Ibadan included a reunion with friends and family, the coordination of a basketball event he hosted for the city’s youths, the gifting of loads of gear courtesy of his alma mater, and a clearer vision for what he wants to do next with his nonprofit organization, Just Help Africa.

Traveling his old stomping grounds, Soroye kept running into versions of his younger self. 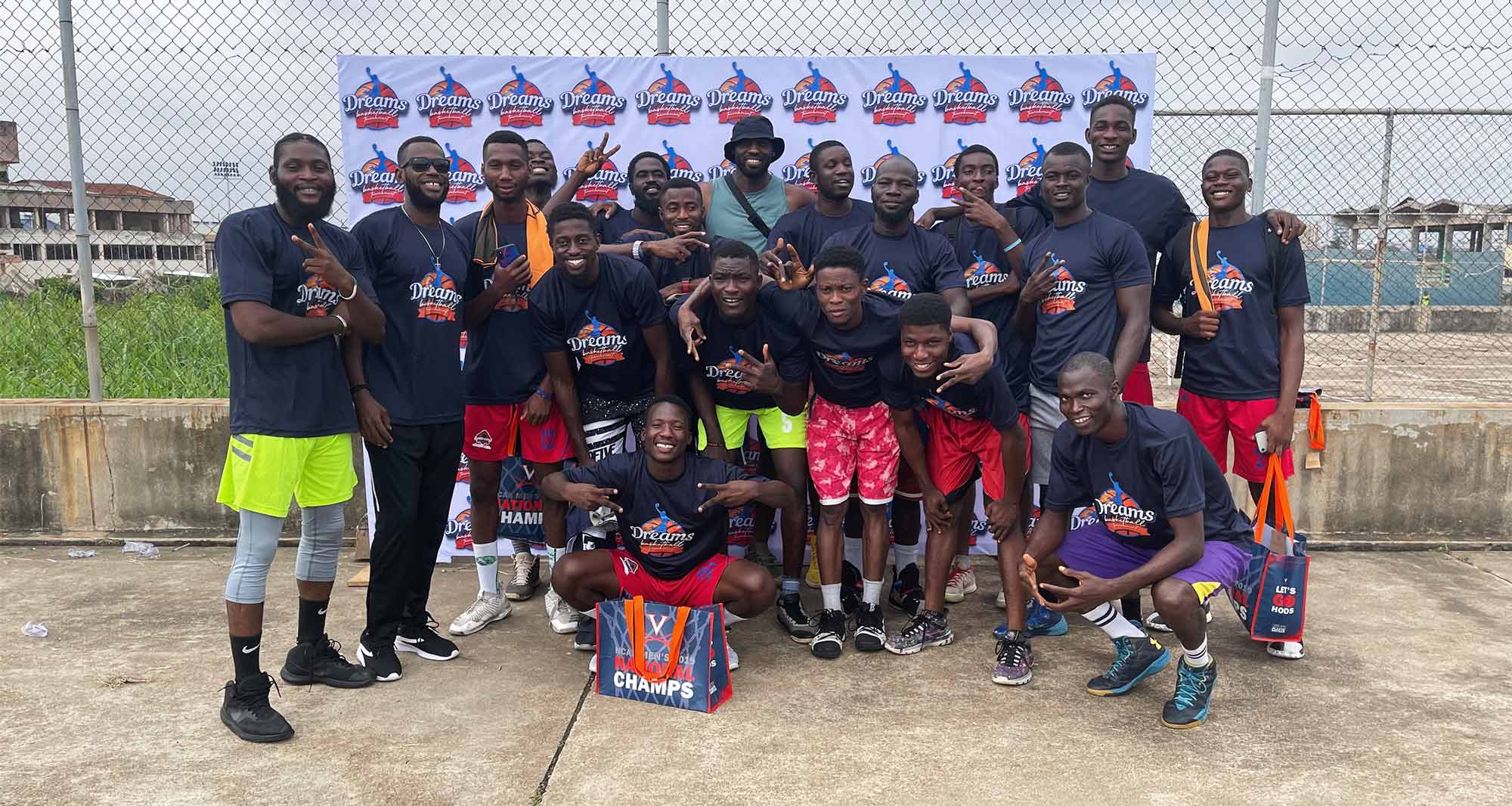 Back in his hometown for the first time in 15 years, Soroye (center of back row in black hat) organized a basketball tournament for Ibadan’s youths. He also came bearing gifts, including loads of UVA gear. (Contributed photo)

“I was seeing kids go to school with torn uniforms and one shoe,” Soroye said. “I saw people early in the morning going to fetch water with buckets on their heads.

“Everything I went through as a kid, after 15 years of being away, it just came back to me. I was like, ‘This is crazy.’”

Though the specific date is undecided, Soroye has plans to go back to impoverished Ibadan before the end of 2022. This time, beyond again hosting “The Dreams Tournament” basketball event, he has ambitions to visit schools and, most notably, build a well.

It’s a mission-driven trip rooted in Soroye’s own personal experiences.

Without the help of others, there’s a good chance Soroye would not be in the position he is in today. A cousin introduced him to basketball as a 15-year-old after Soroye became “too tall” for soccer. Later, a high school coach from Maryland saw enough potential in Soroye to bring him to the United States in his 11th-grade year.

He wants to pay it forward.

The goal of The Dreams Tournament is listed on the Just Help Africa website: “By combining the structure of an organized tournament with the immense experience of our founder (who played collegiate basketball on a nationally ranked team), The Dreams Tournament aims to give passionate players the chance to showcase their talent, get critical feedback to understand where they need to focus their practice further, and an opportunity to be recognized for scholarships and other life-changing help from outside of Nigeria.”

Soroye said he saw in the first year of the tournament “many young, good players. There were like three guys who were taller than me. Young, but just raw.”

The more Soroye relays this kind of information to his basketball contacts in the U.S., the more he believes there’s a chance a few of these young Nigerians can follow in his footsteps of playing college basketball.

This is part of his intended message when visiting local schools.

“I’ll tell them there’s hope, because I used to be one of them,” he said. “‘Hey, listen, just keep doing what you’re doing. Whatever your parents can afford, make the most of it. You never know what tomorrow can bring. You never know who you can meet to help you out.’”

Soroye, who went on to play 99 games in a Cavalier uniform (including 41 starts), didn’t grow up with much.

“Jerseys, if you were able to get your hands on a fairly used jersey, you saved it and you wore it to church on a Sunday. And then you came back and you folded it and saved it for the next Sunday.” 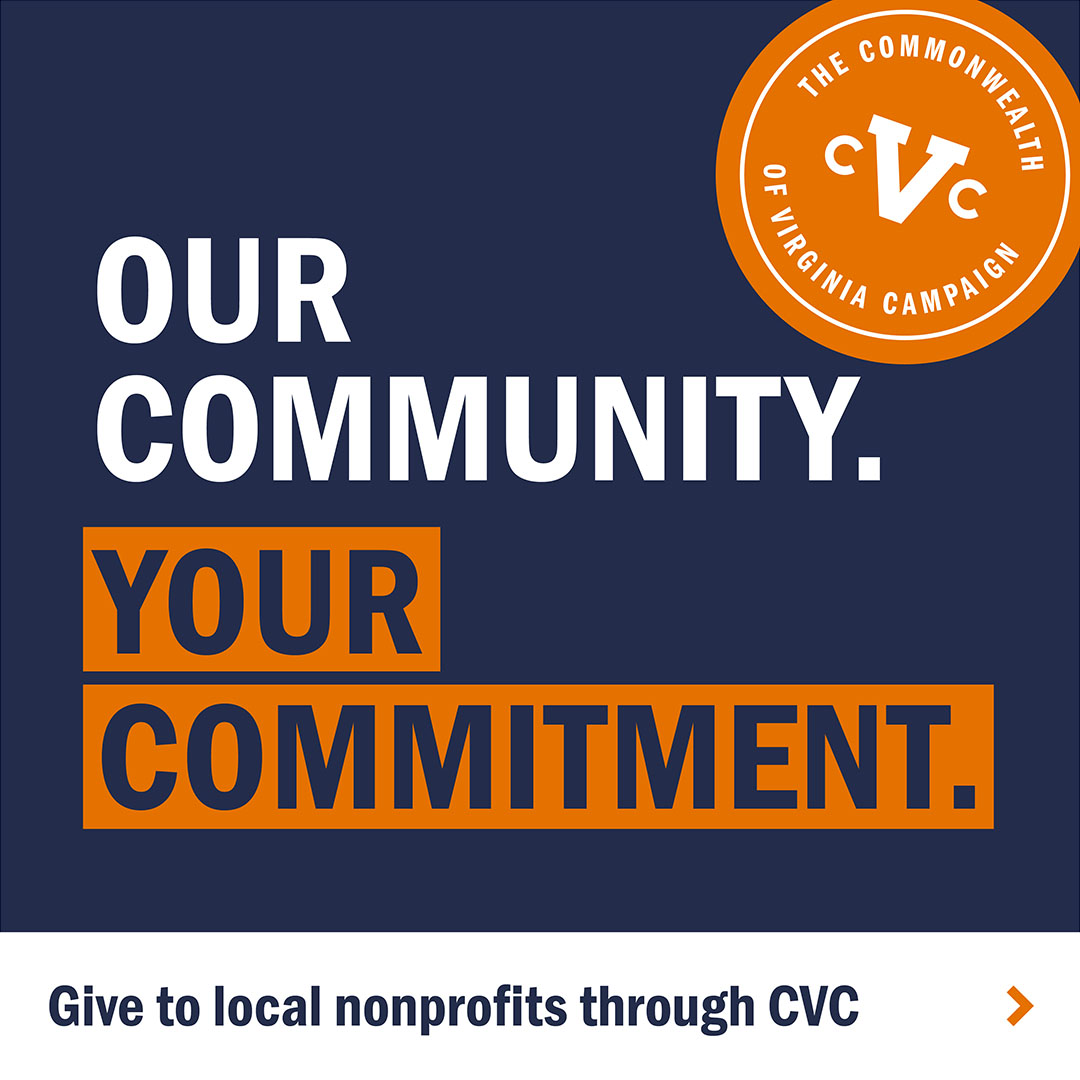 Knowing the lack of access to trendy attire in his hometown, Soroye reached out to the UVA athletics department for any extra Wahoo gear he could have to hand out for his 2021 trip to Ibadan. In 2022, he plans to build upon his gift.

Just Hope Africa is accepting donations now to help complete construction on a well in the rural town.

This project is also a tangible link to Soroye’s past, as he knows firsthand the challenges of finding quality water in Ibadan.

“People who were a bit more well-to-do had wells in their homes, but that was it,” Soroye said. “So you had to go beg them for water. There would be days where they would be nice and be like, ‘OK, cool.’ But if it was too many people, they’d be like, ‘You know what? Not today.’

“And we’d sometimes had already walked six to seven miles.”

Soroye, who’s already had discussions with a contractor, said the well will take around three days to build. Its impact, though, could be felt for generations.

“This is my hometown. I’m just trying to help out.”

How a Single Email Changed a Life END_OF_DOCUMENT_TOKEN_TO_BE_REPLACED

Fall Is in the Air on Grounds END_OF_DOCUMENT_TOKEN_TO_BE_REPLACED

At UVA, There Is a Club for Everyone END_OF_DOCUMENT_TOKEN_TO_BE_REPLACED 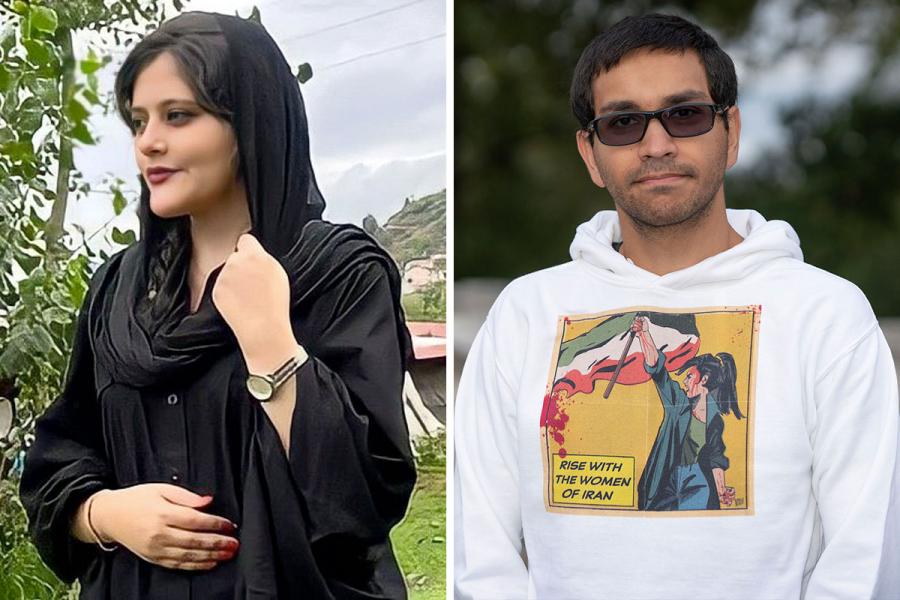 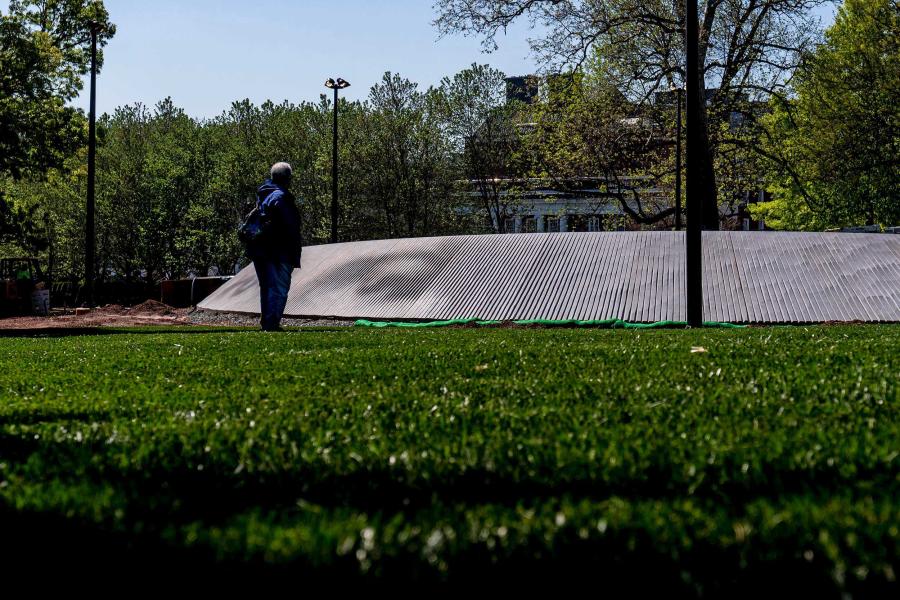 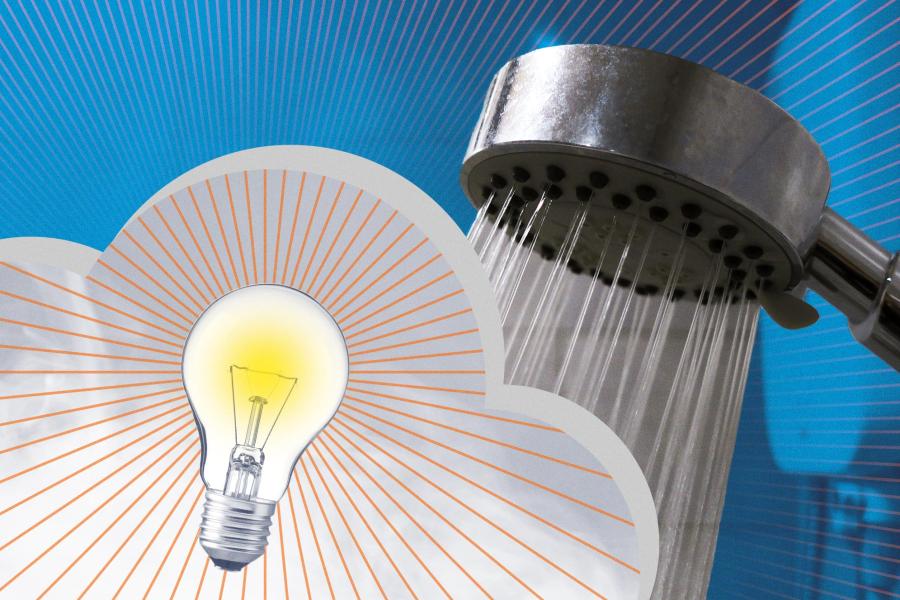