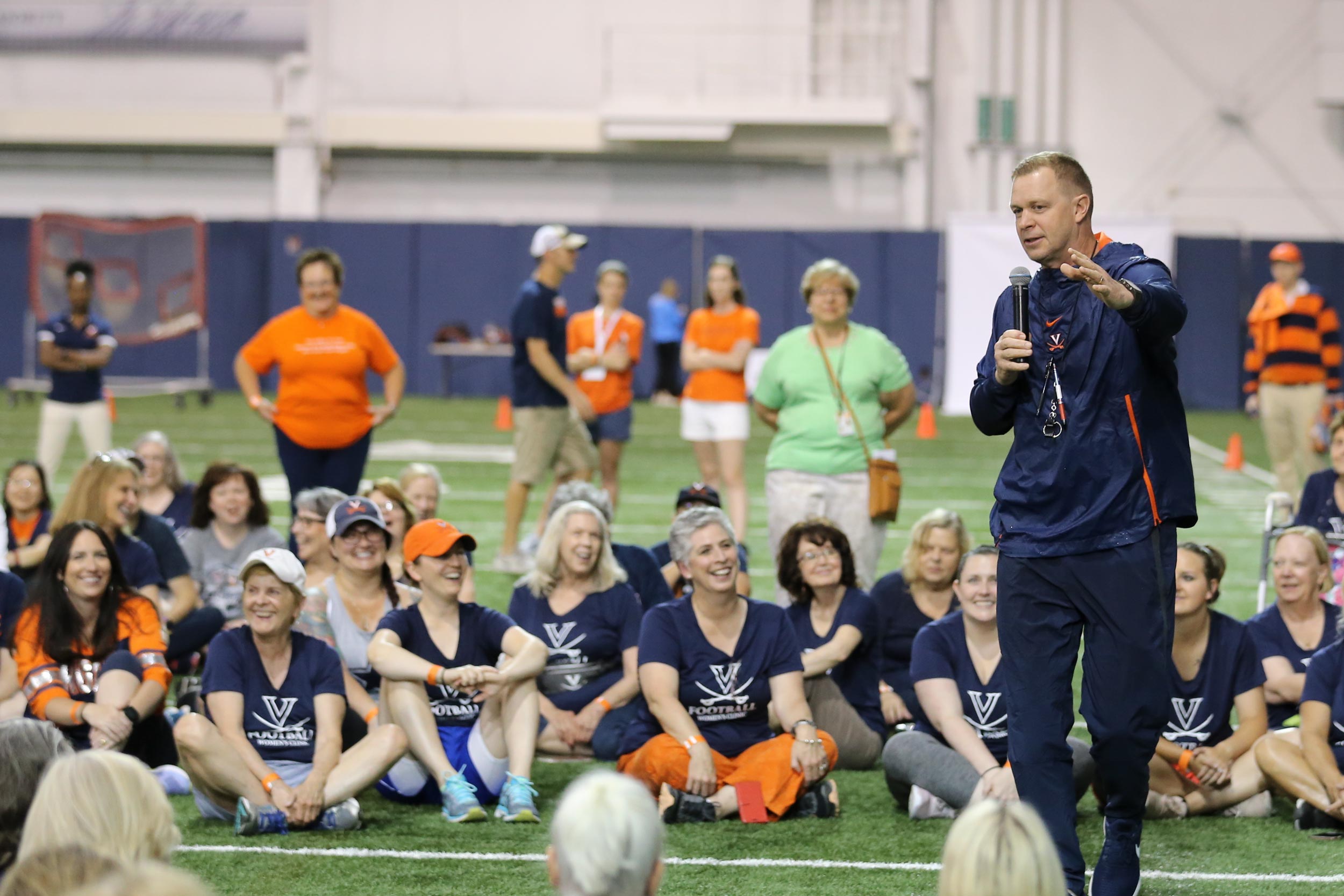 Inside the University of Virginia football team’s indoor practice facility, UVA alumna Caroline Darney raced around a series of cones and a makeshift pocket that was set up in the form of a figure eight, pursuing the quarterback just like a Cavalier linebacker would during a practice.

As the quarterback turned the corner and looked to have open field in front of her, Darney lunged and was able to make the tag.

At that moment, a throng of women who were also taking part in the drill hollered in delight.

The 3½-hour event on Friday night gave the approximately 200 participants a chance to spend time with Mendenhall, his staff and players. 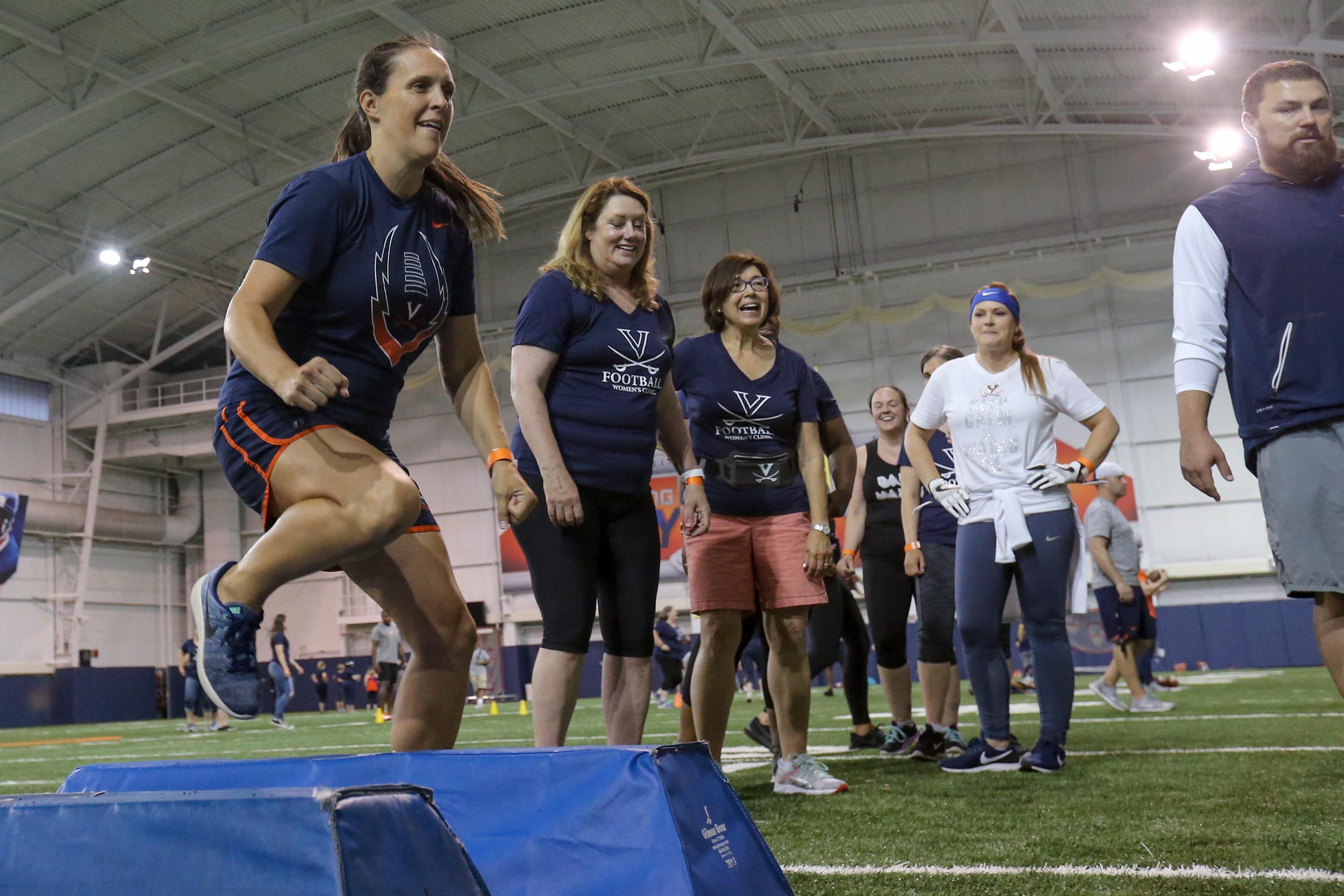 Activities included taking part in drills, touring the football offices, checking out the Belk Bowl trophy that the program earned after its 28-0 win over the University of South Carolina in December, and an up-close-and-personal talk with Mendenhall.

“It was a blast,” said Darney, a former naval flight officer who now works for the popular fan website Streaking the Lawn.

Before the event, Mendenhall said the No. 1 goal was to have fun.

“I love to connect … with the Charlottesville community – but also the women who love football,” Mendenhall said.

“If they’re UVA fans, they might as well connect with us and let us teach them what we think and know, and also just thank them and show our appreciation for their support.”

Mendenhall said the evening was designed to be “hands-on.”

“This isn’t just a lecture,” he said. “Sleds will be pushed and bags will be tackled, and balls will be thrown and kicked and punted. There’s going to be stuff going on all over the place.”

That was definitely the case.

In this video, you can hear a Cavalier coach encouraging the participants to use their hips and shoulders during a passing drill.

The wide receivers and @coachmhagans gather their first group for workouts during the Virginia Women’s Clinic. #GoHoos pic.twitter.com/6ymZNmdu7Y

The evening concluded in fitting fashion.

“Football,” he said, “is the platform we connect with.”

A Year We Will Never Forget: 2019-20 in Review END_OF_DOCUMENT_TOKEN_TO_BE_REPLACED

‘What Will You Carry With You?’ Remarks From UVA President Jim Ryan END_OF_DOCUMENT_TOKEN_TO_BE_REPLACED