Toward a Shared Sense of Purpose and Community 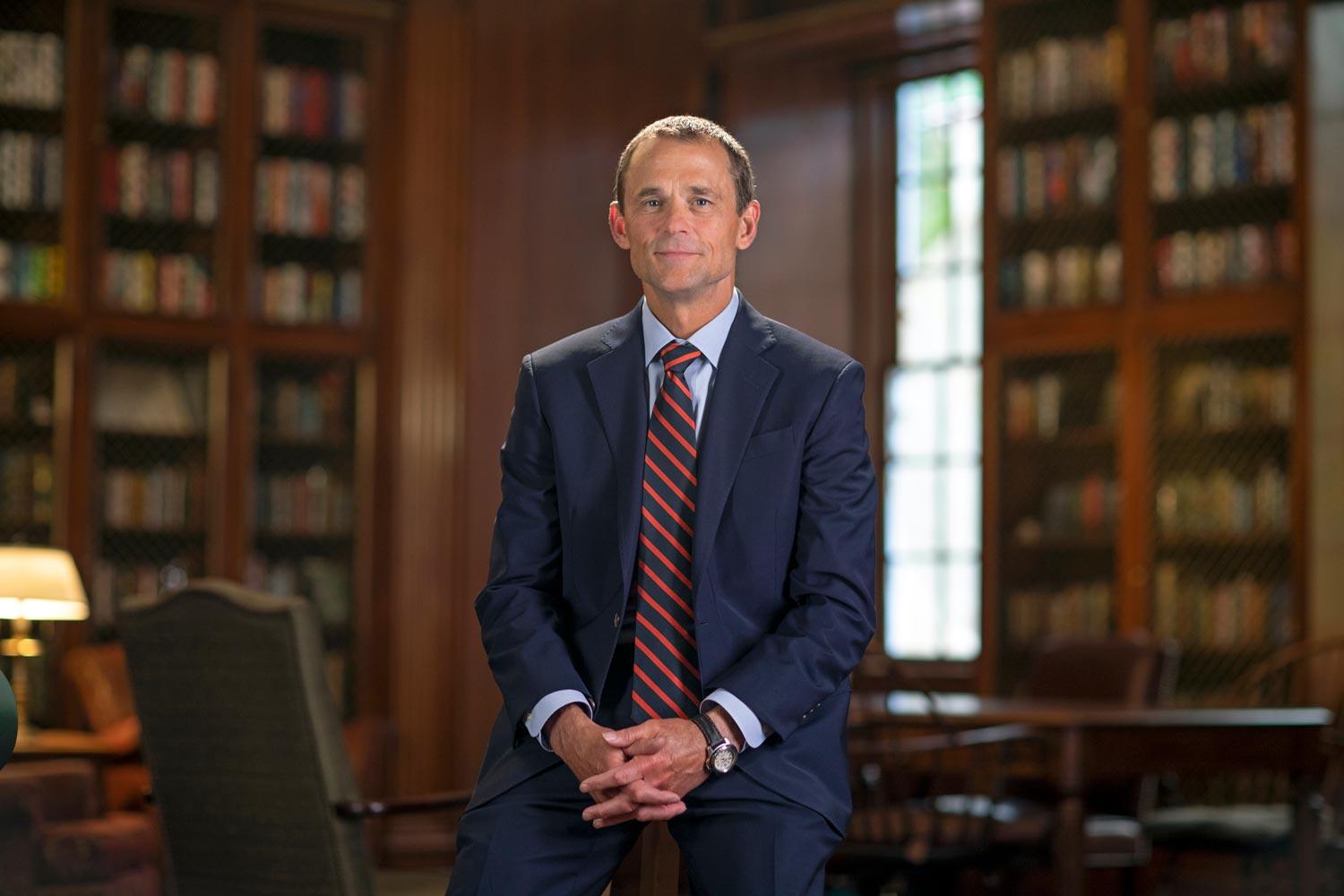 Editor’s note: University of Virginia President Jim Ryan wrote the following essay on the subject of inclusivity at UVA at the invitation of the Cavalier Daily. The essay was published by the student newspaper on Wednesday.

The recent controversy over the Multicultural Student Center sparked a firestorm on social media and resulted in a flood of calls and emails to my office and across the University, as well as threats and racist comments toward the student involved and students of color generally. Most of what I heard expressed outrage at the student, suggested this was blatant racism, and demanded some sort of punishment. Some, however, suggested just the opposite: that the University support not just the student and her well-being but endorse her statement. As often happens with these flashpoints today, sides were drawn quickly and the battle began.

My own views don’t fit neatly into either camp, nor are they easy to explain on social media, so I’m grateful for the invitation from the Cavalier Daily to say a bit more than I could in other formats. I’d like to share a few brief thoughts on the controversy and then spend most of my time on the topic of diversity and inclusion more broadly.

First, the easy part. On the surface, this is straightforward. The Multicultural Student Center is, will, and should remain open to all students. It is meant to be a place where students from different backgrounds come together. To suggest that some students should be excluded on the basis of their race or any other aspect of their identity is, to me, inconsistent with the very purpose of having the center. More generally, and to be plain about it, no student should be denied access to a university program or space because of his or her race.

At the same time, and equally easy: the vitriol and threats expressed toward this student and other students of color are reprehensible and something all members of this community should reject. The point of free speech is to allow for the expression of all ideas, including those that make some uncomfortable and those that offend. Disagreement, even strenuous disagreement, is obviously fine, to be expected, and just as important a part of free expression. But as a community committed to free speech, we should stand beside and work to protect anyone – particularly a student – who is facing physical threats for expressing unpopular views.

The harder part is to put this statement in context and to think more broadly about diversity and inclusion today. The Multicultural Student Center at UVA, similar to such centers at other universities, has traditionally been a place where students of color, more so than white students, gather and find community. In a university that was exclusively white for a very long time and remains predominantly white today, the MSC has been a welcoming place for students of color. I cannot put myself in someone else’s shoes, but the comment about white students at the newly renovated MSC, in this context, is to me a statement of concern that one of the few places traditionally “for” students of color would turn into a place dominated by white students.

Not all would agree that this should be a cause for concern, to put it mildly. And, as I said, the MSC will remain open to all students. But it’s nonetheless worth confronting the reality that that there are still places on Grounds – and off – where individuals are made to feel, either subtly or explicitly, unwelcome because of some aspect of their identity, including race. We could sidestep this reality and pretend we have reached the point where all are welcome wherever they travel. But that mistakes aspiration for reality and ignores the challenge in front of us.

The real challenge is to think hard about what an inclusive community should look like. It is not an easy exercise. Today’s University, thankfully, is remarkably diverse across a host of dimensions. Perhaps because of this and the natural instinct to find those who are similar, UVA, like many universities, features numerous organizations whose membership is based on a particular aspect of someone’s identity, from gender to sexuality to religion to race and ethnicity. This raises a host of thorny questions, the most basic of which is this: How do we reconcile a commitment to inclusion with organizations that are, at least on the surface, somewhat exclusionary?

I cannot claim to have all of the answers. Instead, I offer, with deep and sincere humility, some observations and some thoughts.

First, we are clearly drawn to groups with which we have some affinity – whether a shared attribute, history, experience, or interest. It happens on Grounds through political clubs, sports clubs, religious organizations, fraternities and sororities, and in centers like the MSC and the LGBTQ center. Students bond with others in those groups, and to be in their company offers both comfort and joy. Some of these places, like the Interfaith Center or the Latinx center, also provide students the opportunity to support one another. In my view, this is not a bad thing but something we should respect. To foster inclusion, we should support the wide array of groups and places that exist around Grounds that help create a sense of belonging and can help make a large university feel smaller.

Second, and somewhat paradoxically, universities are and should be places of exploration – where students are enticed, encouraged, and sometimes forced to encounter those who are different across an array of attributes. This is one of the fundamental purposes of universities, and it is why we work so hard to assemble a diverse student body. We believe students can and should learn from one another, especially those from different backgrounds and with different perspectives. We should therefore strive to be places where exploration is not only possible but encouraged – indeed, where it is unavoidable. The hope is that in doing so, our students will not only better understand different perspectives, but also realize points in common with others – that they will not only learn from each other, but develop friendships. For this reason, we should applaud students who cross bridges to explore and affiliate with organizations that are not explicitly designed for them, and we should encourage organizations to welcome those students with open arms.

But this is hard work. Universities are among the most diverse communities in our country. We too often assume that these are easy places to navigate. They aren’t. We ask our students, who are young adults, most of whom are living away from home for the first time in their lives, to do things older adults rarely do: to live, work, eat meals, interact, depend on, and commune daily with people from vastly different backgrounds and whose opinions are sometimes radically different from their own. We should expect some flareups, and we should take a deep breath and show compassion when we encounter them. After all, it is not as if there are a lot of examples of frictionless, incredibly diverse communities that suggest this should be simple.

All of which is to say that inclusion, at this stage of human progress, is complicated and a bit messy. It’s not linear. It’s not altogether consistent. It’s about both bonding with “your people,” however defined, and bridging to meet and develop relationships with those who are not yet “your people.” What we can try to do, as a university, is to enable students by the time they leave this place to have a much broader view of who they consider “their people.” This is not the only way to measure inclusion, obviously, but it’s not a bad place to start.

There’s one last element to this, and that is a shared sense of purpose. One of the best ways to bring a community together is to have a common purpose. To cite a small but telling example: diverse members of sports teams, the armed forces, bands, and theater troupes tend to see more in common with each other than they do differences, and that is undoubtedly connected to the fact that they are pursuing a common purpose.

Which is why, to me, part of fostering inclusion is fostering a shared sense of purpose. And this is why I have said over and again that we should strive not just to be great but to be good, and by “good” I mean nothing more complicated than serving a purpose beyond our own self-advancement. We all came here from different backgrounds, and different points of privilege. But being here makes everyone privileged as compared to those not fortunate enough to be here or someplace similar. To me, this should instill a sense of obligation to pay back our good fortune by creating opportunities for others and by making the world a better place in some way.

This does not mean that we will all agree on the best ways of improving the world, and that’s as it should be in a university. But if we can commit ourselves to the fundamental idea that we are here in part to learn to serve, I believe we can be one of the most inclusive universities that has ever existed. A university where, yes, students will hang out in their fraternities, sororities, the LGBTQ center, the MSC, or the rugby club. But one where they will also venture forth and connect with others beyond their places of comfort, confident in the knowledge that they are not just a member of a single, exclusive group, but that they have a shared identity as a UVA student. And because of that, they are connected to a larger, common community, dedicated to serving the world beyond UVA in one way or another.

This may seem overly idealistic, and I am not naïve enough to believe it will happen overnight or that it will ever be perfectly realized. There will continue to be challenges. I nonetheless remain as dedicated as ever to working with others to foster a shared sense of purpose and therefore a shared sense of community.

What Is the ‘4th Side’? END_OF_DOCUMENT_TOKEN_TO_BE_REPLACED