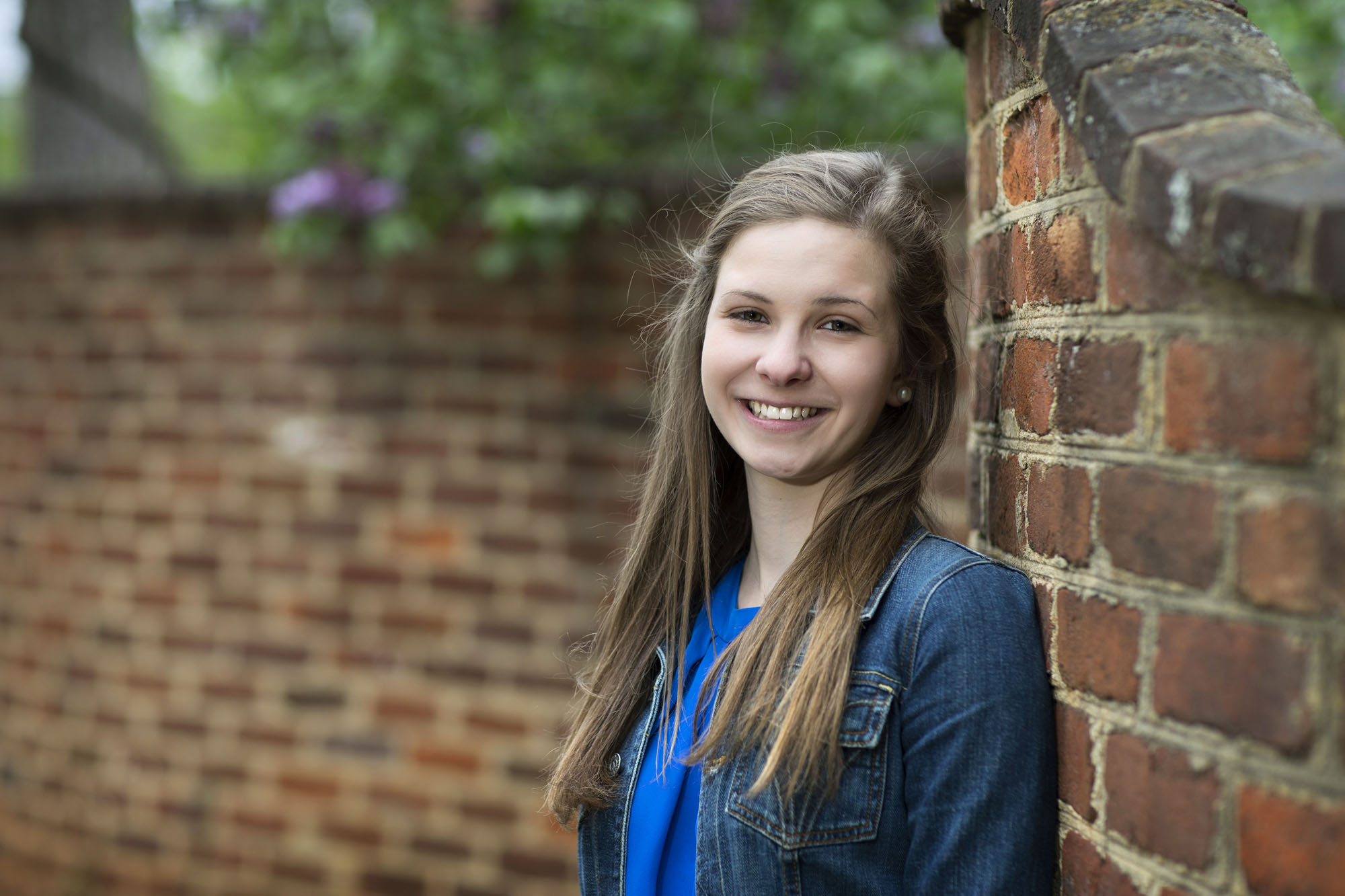 Lia Cattaneo, 21, of Falls Church, a civil and environmental engineering and environmental sciences double major, and Russell Bogue, 21, of Guilford, Connecticut, a politics honors program major, will each receive about $30,000 toward their graduate education. The third-year students are among 58 winners nationwide.

“I’m honestly still in shock,” Bogue said. “I just wasn’t sure I was the type of person they were looking for, and the other finalists at my regional interview in Boston were so impressive.”

Cattaneo wants to work with climate issues, but does not believe technical solutions are enough.

“I am passionate about creating solutions to climate change and want a strong technical background to ground my understanding of the challenges and opportunities in my field,” she said. “But we need policy, too. Receiving the Truman Fellowship will emphasize my commitment to the policy aspects of climate and energy and will keep my career grounded in public service.”

Bogue is involved in two research areas: the intersection of politics and economics, where he is helping professor emeritus Stephen Rhoads of the Woodrow Wilson Department of Politics update portions of his book, “The Economist’s View of the World”; and a self-directed project on the political opinions of Taiwanese youth.

“After studying some Chinese politics, I found the question of reunification with Taiwan to be incredibly interesting,” said Bogue, who also is studying Mandarin Chinese. “I can’t think of a precedent in modern politics for the relationship that currently exists between the People’s Republic of China and Taiwan. However, this question won’t be resolved by the current generation of political leaders, but rather by the next generation – today’s college students. So I wanted to hear their thoughts.”

Andrus G. Ashoo, associate director of the Center for Undergraduate Excellence, thinks the pair’s engagement as scholars and citizens is an asset to the University.

“While Lia and Russell have different backgrounds and goals, I’ve observed that both of them derive some energy from harmful policymaking,” Ashoo said. “For Lia, it is the misrepresentation of scientific inquiry and how it leads to a lack of effective policy addressing climate change. For Russell, it is the very tangible way that policy can both improve and destroy the life of an individual.”

He said the contributions they have made while students at U.Va. “will continue through their peers and the policies and initiatives that they have helped the University to implement.”

Cattaneo is the co-chair of the Student Council Sustainability Committee, a co-founder of the Climate Action Society, serves on the board of directors of Madison House and as president of the Club Figure Skating Team, and was an intern for the Brody Jewish Center. She is a graduate of the School of Engineering and Applied Science’s Science and Technology Policy Internship Program, a member of U.Va. Master Planning Council, the Raven Society, Tau Beta Pi Engineering Honor Society, Chi Epsilon Civil Engineering Honor Society, a Rodman Scholar and co-author of two peer-reviewed scientific journal articles.

She hopes to work for the federal government or a non-governmental agency on climate change, then return to school to pursue an interdisciplinary Ph.D. focused on energy innovation and industrial ecology, she said.

Andres Clarens, an associate professor of civil and environmental engineering, called Cattaneo one of the most talented students with whom he has worked at U.Va.

“She is super-smart, creative and hard-working,” he said. “She approaches research much like a senior Ph.D. student would, even though she is only a third year. Lia’s passion is climate change and I have all the confidence that her Truman Scholarship will position her to be a leading thinker in this area. Climate change is such a critical and intractable problem, we need our brightest students working to develop solutions.”

Bogue is the Anson M. Beard Jr. Jefferson Scholar, an Echols Scholar, National Advanced Placement Scholar, National Merit Scholar, and Male Presidential Scholar from the state of Connecticut. He is co-founder and editor in chief of “Seriatim: Journal of American Politics”; a member of the executive committee and the vice chair for trials on the Honor Committee; was an opinion editor at the Cavalier Daily; and a member of the ministry team and leader of third-year Bible study at the Reformed University Fellowship Christian Fellowship. He is scholarship chair of the Beta Theta Pi fraternity, he is public policy chair of One in Four, language consultant and hospital volunteer for Volunteers with International Students and Scholars, and Staff Program, a student lecturer in the Cav. Ed. Program, fellowship committee member and vice president-elect of the Raven Society and a member of the squash team.

He was elected to Phi Beta Kappa and received a Harrison Undergraduate Research Award for research in Taiwan and a Jefferson Trust grant for “Seriatim.” He placed third in the Virginia Press Association’s “column writing” category and was a finalist for a U.S. Department of State Critical Language Scholarship.

He plans to pursue dual law and public policy degrees, to eventually craft a career in political research, academia and/or government service.

“I may also take a gap year after graduation to teach in Haiti, where I’ve spent a fair amount of time doing service work,” he said.

“He devours difficult texts and writes probing essays in lucid prose,” Owen said. “There is a great deal of arguing back and forth in the tutorial, and Russell's contributions are so valuable partly because he is so smart, partly because he listens and synthesizes so well, and partly because he keeps his sense of humor throughout.

“He also has shown a great deal of entrepreneurial spirit by co-founding the splendid magazine Seriatim as a first-year student.”

Both students were impressed by their peers in the Truman pool.

“While I am grateful for the scholarship funds, above all, I am excited to join a cohort of brilliant, passionate people from whom I can learn,” Cattaneo said.

“The scholarship means entering into a community of diverse individuals who are all trying to change the world in their own ways,” Bogue said. “I am so excited to meet my fellow Truman Scholars and hear about their dreams and ambitions. If they’re anything like Lia, they’re sure to be an inspiration.”

Congress created the Harry S. Truman Scholarship Foundation in 1975 to be the nation’s memorial to former President Harry S. Truman. The foundation seeks to select and support the next generation of public service leaders. The Truman award has become one of the most prestigious national scholarships in the United States.

Netflix to Add Ads. Why This Could Be a ‘Game-Changer’ for Your Viewing Experience END_OF_DOCUMENT_TOKEN_TO_BE_REPLACED

What’s Next for UVA’s Class of 2022? END_OF_DOCUMENT_TOKEN_TO_BE_REPLACED