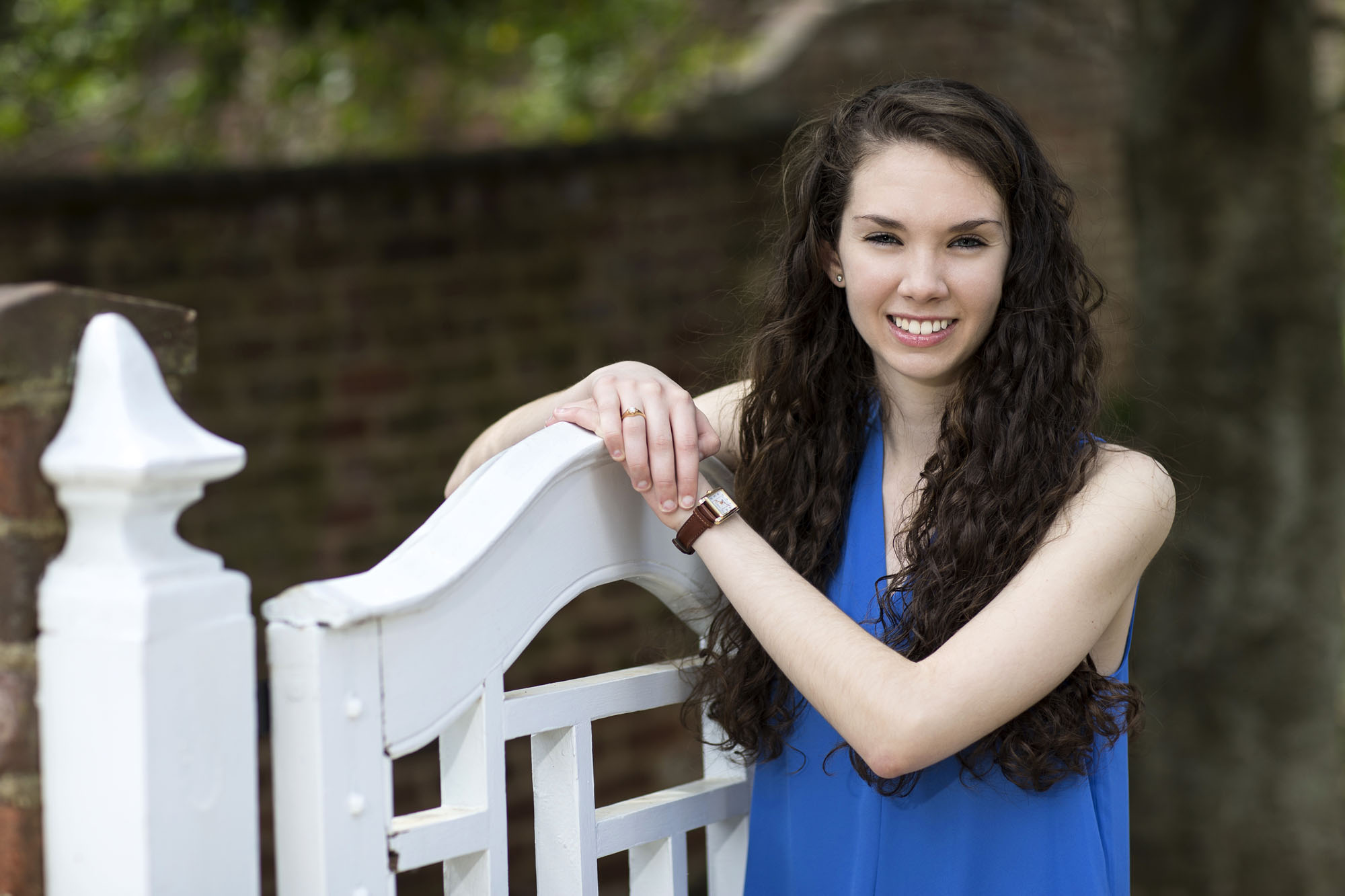 Two University of Virginia students have received research scholarships from the Barry M. Goldwater Scholarship and Excellence in Education Foundation for 2015.

The recipients are Catherine C. Henry, 20 of Great Falls, a third-year biomedical engineering major in the School of Engineering and Applied Science, and Kathryn Marqueen, 20, a third-year student studying chemistry and economics in the College of Arts & Sciences.

The two are among 260 students nationwide who received scholarships, given by the Goldwater Foundation to second- and third-year students who intend to pursue careers in mathematics, the natural sciences or engineering. The one- and two-year scholarships cover the cost of tuition, fees, books and room and board up to $7,500 per year.

“There is a dire need for new treatments for Duchenne muscular dystrophy,” she said. “People afflicted with DMD die in their early 20s from either respiratory or cardiac failure. The current treatment only mitigates some of the symptoms and, ultimately, results in more health problems. By learning more about how the disease affects the diaphragm, more effective treatments can be created that prevent respiratory failure and improve the length and quality of life of DMD patients.”

Marqueen’s research involves examining the role of the protein-disabled homolog 2 (Dab2) in the development of atherosclerotic cardiovascular disease through the regulation of inflammation.

“Cardiovascular disease is a particular interest of mine, since I have multiple family members who have struggled with or passed away due to the disease, and with the prevalence of heart disease in this country so high, it is such an exciting field for research,” Marqueen said. “I am excited to see this field progress toward better understanding and more effective treatments, knowing that millions can benefit from these research efforts.”

Henry is a Beckman Scholar and a Rodman Scholar, and won both a Harrison Undergraduate Research Award and a Raven Scholarship. She is president of Tau Beta Pi, and on the Dance Marathon Fundraising Committee, and was a member of the Cavalier Marching Band.

She is also the lead inventor on a patent for a method and device for cleaning a tool called an intramedullary reamer, and she presented research at the Seventh World Congress of Biomechanics and 2015 BMES Annual Meeting. Henry is a student researcher in the laboratory of biomedical engineering associate professor Shayn Peirce-Cottler, on a project that investigates dye usage in the detection of abrasions on rape victims with different skin tones; she wrote two papers that are in the process of being submitted to journals for publication. She has been on the Dean’s List, received Intermediate Honors and had a student clerk internship as a researcher at the Nuclear Medicine and Radiology Departments at the University of Iowa under Dr. Michael M. Graham.

Henry plans to pursue a medical degree and a Ph.D. in biomedical engineering.

“I want to be able to treat and form relationships with patients and witness firsthand the shortcomings of equipment, testing and treatments,” Henry said. “These insights would then allow me to investigate and develop new methods and techniques to replace out-of-date medical practices and collect data on diseases with the goal of finding cures.”

Peirce-Cottler called Henry one of the most talented undergraduate students with whom she has worked and said she is impressed with Henry’s diligence in the lab.

“She has the best attitude when it comes to dealing with disappointment – she doesn’t let it get her down and those experiences inspire her to work even harder,” Peirce-Cottler said. “She is extremely curious and loves to try new things; she’s comfortable taking risks, but she’s very good at thinking critically, so the risks she takes are calculated.”

Marqueen, an Echols Scholar and a member-elect of Phi Beta Kappa, has served as a teaching assistant for introductory chemistry and organic chemistry lab since her second year. She received a Harrison Undergraduate Research Award and a Minerva Award presented by the College Council for her independent research. She is also president of The Musicians on Call at U.Va., a volunteer group of student musicians who perform in the U.Va. Medical Center.

Marqueen has been involved in research since high school and has been listed as a co-author on studies in several peer-reviewed journals. She plans to attend medical school, having already been accepted to the FlexMed Program at the Icahn School of Medicine at Mount Sinai at the end of her second year. There, she plans to continue research with the professional goal of using her clinical knowledge in translational research studies, to serve as a bridge between the laboratory and the patient bedside.

“I tend to think about the big picture and end result, and what’s important to me is working to make a meaningful contribution that has the potential to ultimately impact real patients,” she said. “I think the greatest value of knowledge is not simply obtaining it, but actually applying it to make a difference, and this is the motivation underlying my goal of doing research as a physician.”

Ira Schulman, an associate professor in the Department of Pharmacology, described Marqueen as an intelligent and thoughtful young woman.

“I have to admit that I have been taken aback by how much Kathryn knows about her project specifically and about cardiovascular disease in general,” Schulman said. “I have come to look forward to these interactions because it is fun to speak with a student who is so passionate and excited about research.”

Congress established the Barry Goldwater Scholarship and Excellence in Education Program in 1986 to honor Sen. Barry Goldwater, who served his country for 56 years as a soldier and statesman, including 30 years in the U.S. Senate.

How a Single Email Changed a Life END_OF_DOCUMENT_TOKEN_TO_BE_REPLACED

Fall Is in the Air on Grounds END_OF_DOCUMENT_TOKEN_TO_BE_REPLACED

At UVA, There Is a Club for Everyone END_OF_DOCUMENT_TOKEN_TO_BE_REPLACED