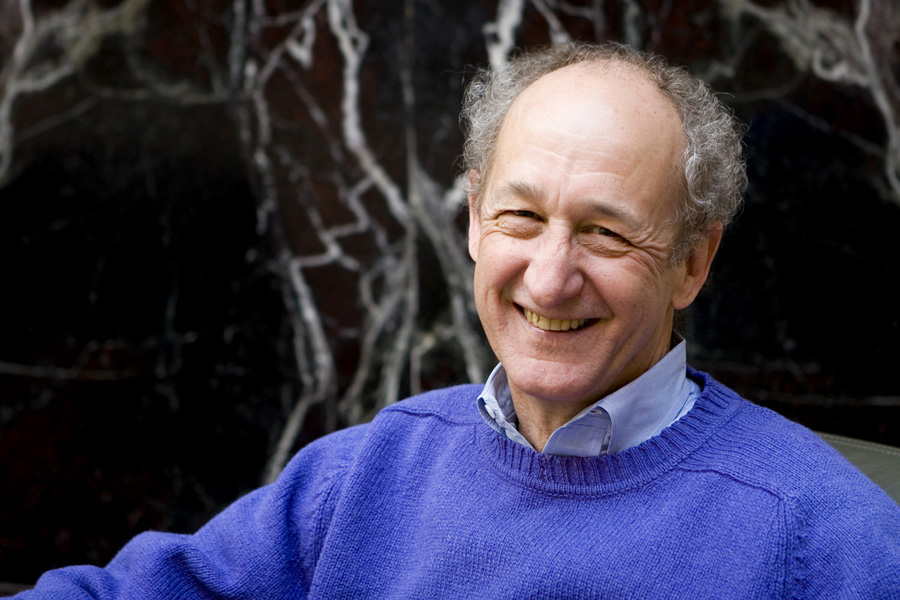 March 27, 2008 — The University of Southern California today announced that James N. Galloway of the University of Virginia, a prescient explorer of nitrogen's wide-ranging effects on local and global ecosystems, is one of two recipients of the 2008 Tyler Prize for Environmental Achievement.

The Tyler Prize is the premier award for environmental science, energy and environmental health, and widely considered as the equivalent of a Nobel Prize in those fields. Previous winners include primate researcher Jane Goodall and former U.S. Surgeon General C. Everett Koop.

Galloway, an environmental sciences professor, will receive a gold medal during a ceremony April 11 in Beverly Hills, Calif., and will share a $200,000 cash award with co-winner Harold Mooney, a professor of environmental biology at Stanford University.

Galloway and his colleagues wrote key papers over several years presenting the "nitrogen cascade," a flow chart demonstrating the pervasive and persistent effects of reactive nitrogen on Earth's environment.

When the acid rain crisis of the 1970s began easing due to better control of nitrogen and sulfur emissions, many ecologists moved to other research areas. Galloway knew better.

"He was one of the few in the U.S. who realized that critical issues remained unresolved, especially in the area of nitrogen deposition," wrote John Aber of the University of New Hampshire, one of several leading environmental scientists who supported Galloway's nomination.

"In this arena, Jim has truly become the national and international leader," Aber added.

Nitrogen in its inert form is harmless and abundant in the atmosphere. But in recent decades, massive amounts of reactive nitrogen compounds, such as nitrous oxide, have entered the environment. Most have come from the use of nitrogen-based fertilizer.

Galloway used the cascade image to describe the sequential impacts of reactive nitrogen. A nitrogen atom that starts out as part of a smog-forming compound may then be deposited in lakes and forests as nitric acid, which can kill fish and insects.

Carried out to the coast, the same nitrogen atom may contribute to red tides and dead zones. Finally, the nitrogen may be put back into the atmosphere as part of the greenhouse gas nitrous oxide, destroying atmospheric ozone.

"We're accumulating reactive nitrogen in the environment, and this is as much of a legacy as putting carbon dioxide in the atmosphere," Galloway said.

"The public doesn't know about nitrogen, but in many ways it's as big an issue as carbon, and due to the interactions of nitrogen and carbon, makes the challenge of providing food and energy to the world's peoples without harming the global environment a tremendous challenge."

Galloway and others have suggested possible approaches to minimizing nitrogen use, such as optimizing its uptake by plants and animals, recovering and reusing nitrogen from manure and sewage, and decreasing nitrogen-intensive livestock farming.

"Jim is greatly deserving of this award, which recognizes his stature as a leading longtime researcher on the pervasive and globally significant nitrogen cascade problem," said David Smith, associate chairman of U.Va.'s Department of Environmental Sciences. "He greatly enjoys research and teaching students and understands the importance of the practical applications of environmental research to the health of the planet and people around the world."

Galloway's co-winner, Mooney, is a central figure in the rise of international ecology as an issue-driven field of research. Mooney started or helped start many of the major global ecology programs of the last 40 years, such as the Global Invasive Species Program, a global program on the Ecosystem Functioning of Biodiversity, the Global Biodiversity Assessment, the Millennium Ecosystem Assessment and others.

Galloway and Mooney will deliver public lectures April 10 at USC, and will receive their prizes the following evening.

The Tyler Prize for Environmental Achievement was established in 1973 by the late John and Alice Tyler, and is awarded annually to individuals associated with world-class environmental accomplishments.

Earlier this year Galloway was named a fellow of the American Geophysical Union, which nominates its fellows for "eminence in the earth and space sciences." Galloway is chair of the International Nitrogen Initiative, a program sponsored by the Scientific Committee on Problems of the Environment and the International Geosphere-Biosphere Programme, and a member of the Environmental Protection Agency’s Science Advisory Board. In 2002, he was elected a fellow of the American Association for the Advancement of Science.

For information on the Tyler Prize and its recipients, visit www.usc.edu/dept/LAS/tylerprize.