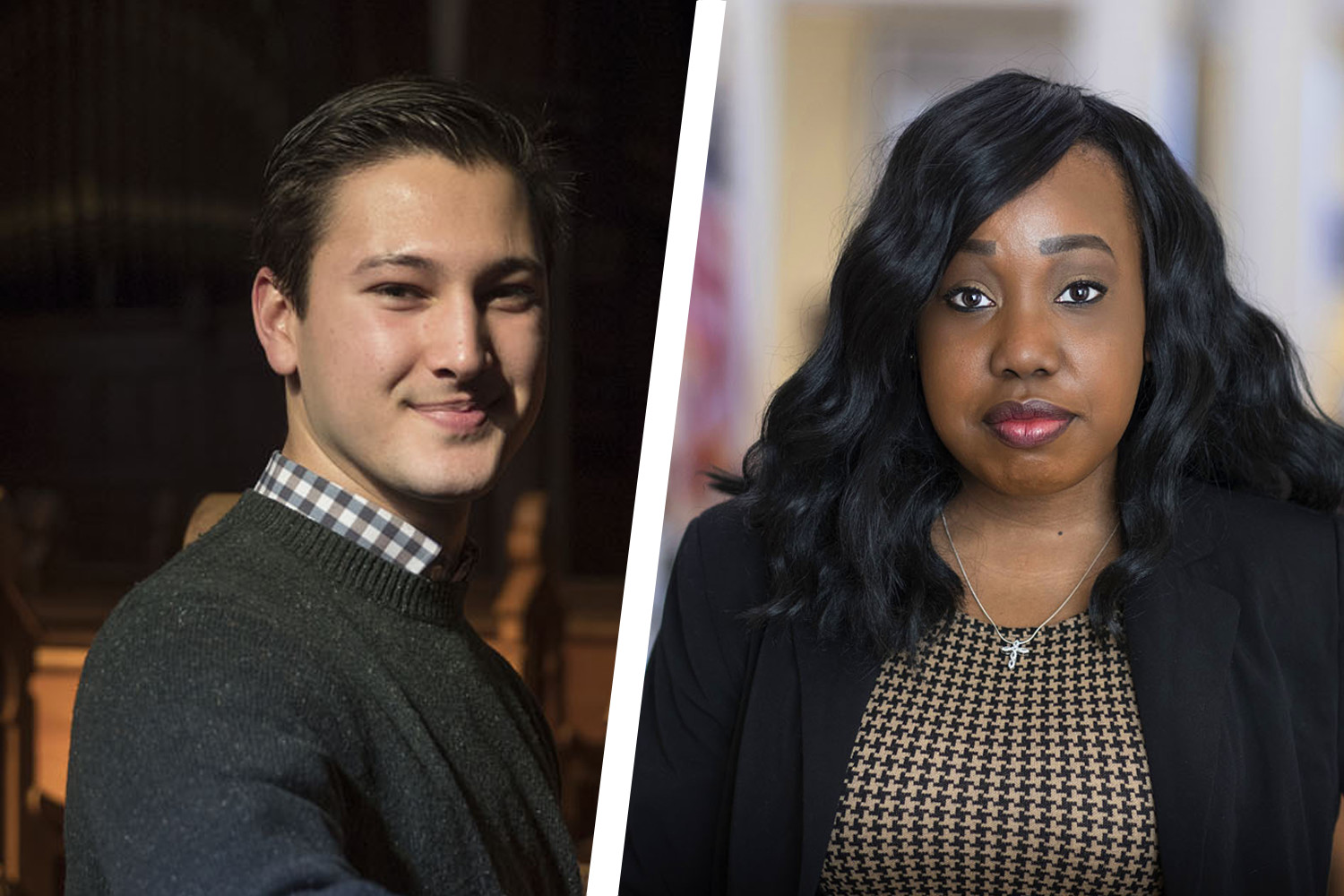 Editor’s note: First of two parts profiling the work of a few of the winners of the 2016 Harrison Undergraduate Research Awards.

Research is a cornerstone of the undergraduate student experience at the University of Virginia, with about 54 percent of graduating fourth-year students indicating that they had completed a significant research, design or creative project as part of their undergraduate program of study.

As further encouragement, the University annually offers Harrison Undergraduate Research Awards, giving students opportunities to pursue faculty-mentored projects over the summer with up to $3,000 to cover their expenses. The University has announced 47 grants for 49 students in this year’s round.

The students’ research manifests itself in many ways and in many different fields, as they explore the world around them. Here’s a look at two of the projects that flowed from the last round of Harrison grants.

A Historical Look at ‘Broken Windows’

DeAnza Cook of Forest, a fourth-year history major, is exploring policing practices and the reforms that drove them in the latter half of the 20th century.

Cook’s work provides the historical underpinnings of modern American policing reforms in the post-World War II era. She examines social and intellectual developments in the 1960s and how these transformed police patrol tactics in urban areas throughout the latter half of the 20th century. 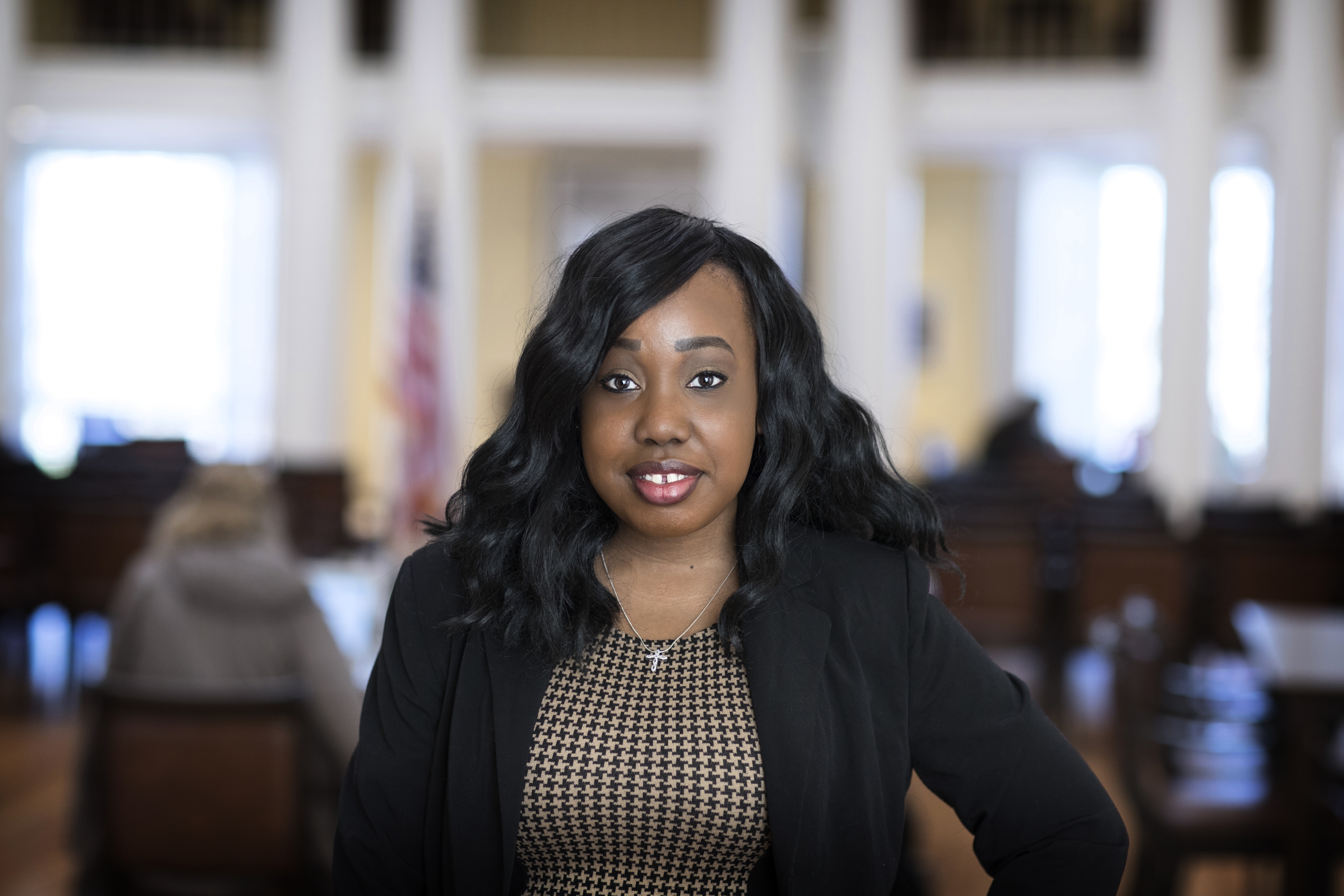 DeAnza Cook is examining the history of police reforms.

“I was inspired by recent events involving police mistreatment of urban minorities and decided to explore the history of mass incarceration and American policing,” Cook said. “As a result, I encountered a number of political histories regarding the war on crime that eventually sparked my interest in the intellectual and policy development of police reforms that began in the 1960s.”

Cook said the policing reforms in the 1960s had many consequences, including the mass incarceration of urban minorities for non-violent offenses. Legislative reforms in the 1960s and police innovation movements of the 1970s and 1980s generated proactive urban policing techniques, such as foot patrols and team policing practices, according to Cook.

“Strategies like ‘broken windows’ policing dominated the national stage and encouraged law enforcement officials to use their discretionary authority as a tool for apprehending ‘disorderly’ persons,” Cook said. “Broken windows” is a theory of policing that focuses on responding to smaller crimes and local disorder as a way of promoting more civic engagement among residents and discouraging more serious crimes.

Cook, who plans to pursue both a law degree and a Ph.D. in American history, says her work can help researchers understand how policing strategies developed.

“A more comprehensive overview of police reforms will help us better address the historical and institutional roots of 21st-century, police-citizen conflicts, especially between officers and minorities,” Cook said. “My research has changed the way I view the role of conservatives in orchestrating the war on crime. I now recognize the influence of liberal policies in laying the groundwork for pivotal criminal justice reforms.”

Cook’s faculty mentor, Guian A. McKee, an associate professor of history at the Miller Center of Public Affairs, said he has very much enjoyed working with Cook.

“She is really an example of the best of what UVA undergraduates can accomplish,” McKee said. “She’s a serious and mature student, who is effectively doing graduate-level research as a fourth-year student. Her project is breaking new ground in the history and consequences of the ‘broken windows’ policing strategy, and specifically on the way that ideas can move from the academy to the streets of big cities – with profound and not always positive consequences.”

McKee said the Harrison Award has allowed Cook to travel to the National Archives in Washington, and to research the papers of the late political scientist James Q. Wilson in California.

“It’s a pleasure to work with a student who has the ability to work at this level and can really engage in a serious way,” McKee said.

Cook, who has been accepted in Harvard University’s Legal History Ph.D. program, is an Echols Scholar, as well as being a Meriwether Lewis Fellow, a competitor in the Virginia Collegiate Mock Trial Team, a program coordinator of Resident Staff selections in the Department of Housing and Residence Life, president and founder of the Black Student Research Network and an undergraduate research fellow at the Miller Center of Public Affairs.

Jack Brake is exploring how Christians and Muslims have co-existed in the past.

Brake, of Swarthmore, Pennsylvania, is a third-year politics honors and Spanish double major. He used his grant to examine the relationship between Christians and Muslims as represented by six Visigothic Christian churches that have survived on the Iberian Peninsula since before the arrival of Islam in 711. The churches were preserved during the nearly eight centuries of Muslim rule in what is present-day Spain and Portugal, from 711 to 1492. 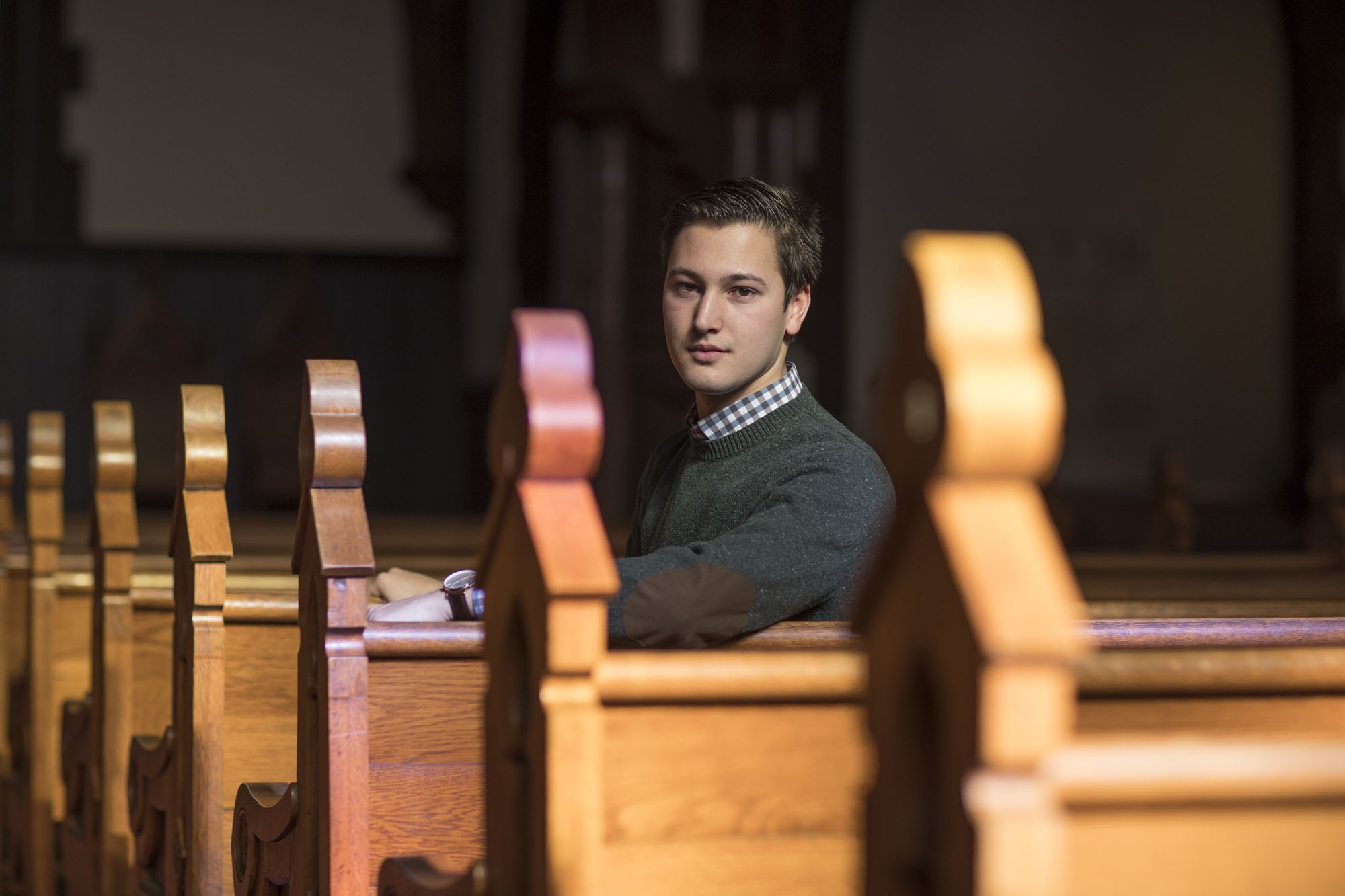 Jack Brake is studying the history of Christian churches in Iberia.

“The six extant churches, and their architectural histories, suggest that the dominance of Islam over Christianity in medieval Iberian public life was incomplete at best, and that Christians were able to maintain for themselves – as a result of relatively tolerant Muslim policies – spaces in which to openly conduct their faith,” Brake said. “This inquiry supports a narrative of interfaith ‘cultural openness’ that distinguishes this period of Iberian history.”

Brake was drawn to this topic because it rests at the intersection of his interests – history, politics, Spanish and Arabic.

“I was particularly interested in the historical debate over the extent to which interfaith ‘tolerance’ really existed in medieval Iberia,” he said. “In recent years, most scholars have argued against the early, and still powerful, thesis of Americo Castro, that Islamic Iberia was witness to a remarkable ‘convivencia,’ or peaceful coexistence. My research suggests that many critiques of the convivencia thesis have been unfairly harsh and that we can recuperate much of Castro’s landmark idea by reframing convivencia in terms of ‘cultural openness’ rather than a more presentist understanding of tolerance as equal access to political and social rights.”

Brake thinks his research can be applied to how people think about interfaith interactions today, especially the role that openness to culture has in building interfaith, inter-societal trust and ultimately bonds of tolerance.

“We in the post-Enlightenment West often think of political tolerance, such as legal prohibitions on faith-based discrimination or violence, as the baseline or foundation of interfaith interactions, while openness to culture is either ignored or relegated to secondary importance,” Brake said. “In fact, we are often preoccupied with questions of ‘cultural appropriation,’ and so hesitate to fully embrace opportunities for cultural exchange. The lesson from medieval Iberia that this project suggests is that cultural openness and ‘appropriation’ are often a necessary first step on the road to a more complex political framework of tolerance.”

“His Harrison research project was wholly original, and he not only did serious on-site research, but he also wrote one of the best papers I’ve read in a very long time,” Gies said. “Jack is elegant, incredibly smart, self-effacing yet confident. He seeks information and listens, follows up immediately on suggested bibliography. If every UVA student were like him, we would be drowning in intellectual riches and be exhausted trying to keep up with them.”

Brake, who plans to pursue a Ph.D. in international relations and to work in academia and government, has reaffirmed his passion for travel as an exercise in “cultural openness.”

“In my personal travels, I will now always pay particular attention to the ways in which art and architecture exist as political symbols, both in retrospect, from the modern point of view, and, more importantly, at the time they were first created,” he said.

An Echols Scholar and a Jefferson Scholar, Brake is the editor-in-chief of the Seriatim Journal of American Politics, chair of the Undergraduate Research Network, a past vice president of the Jefferson Literary and Debating Society and a counselor for the University Judiciary Committee.