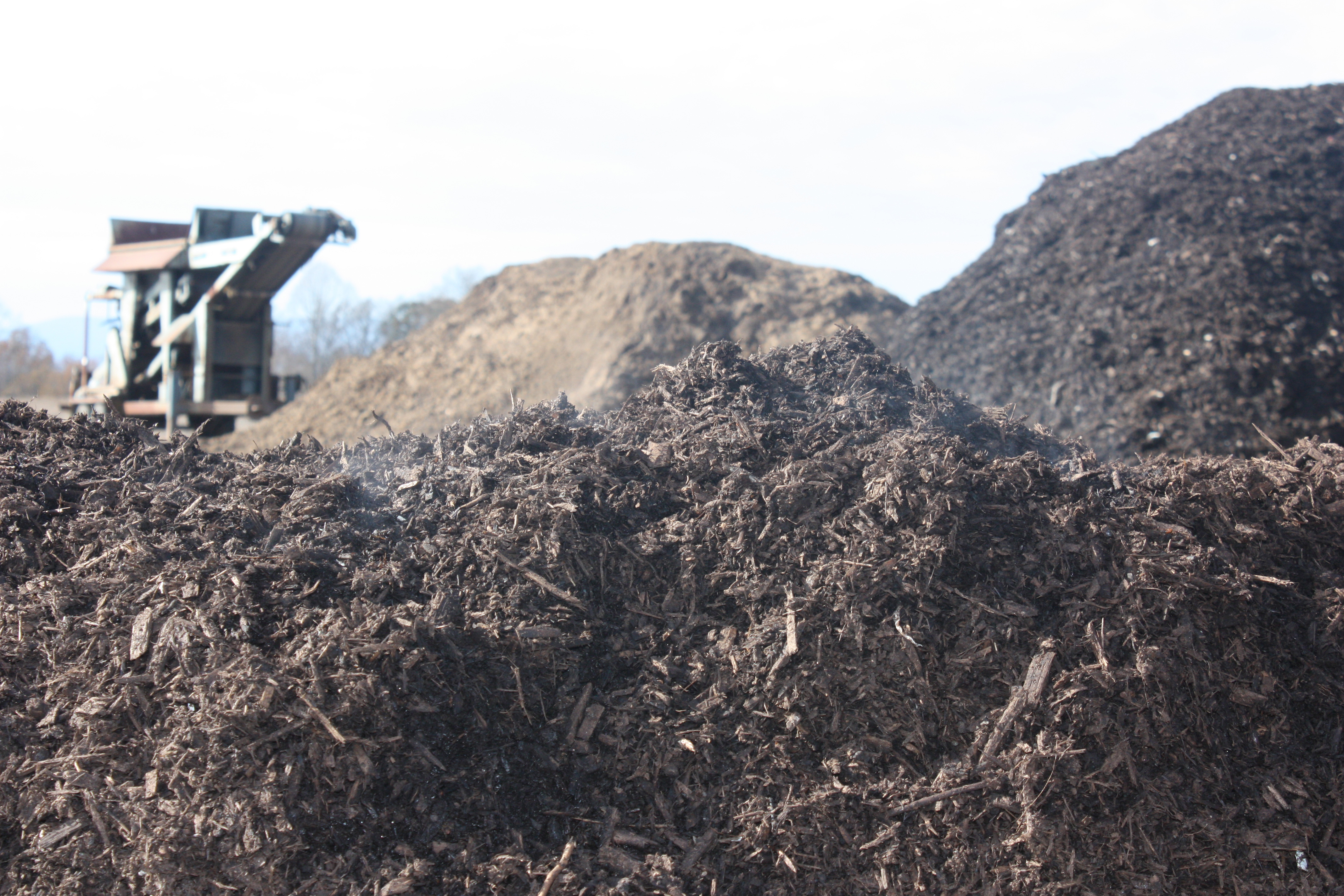 Listen to the UVA Today Radio Show report on this story by Matt Kelly:

Food waste from the Observatory Hill Dining Hall has been composted since November 2008. A student-run operation hauls about 2.5 tons of organic waste from the dining hall to Earlysville's Panorama Farms each week, where it is composted and sold locally as a fertilizer and soil amendment.

"We've reduced Observatory Hill's trash service by half," said Bruce "Sonny" Beale, recycling superintendent for the University. "We were picking up six to 10 tons a week. Now we are getting six to eight tons every two weeks."

A second food pulper – a machine that spins most of the water from food waste – has been installed in Newcomb Dining Hall. The pulp is placed in special 30-gallon containers, which the recycling office hauls to Panorama Farms.

"This takes landfill material and turns it into a useful product," said Jeff Sitler, environmental compliance manager at the Office of Environmental Health and Safety. "And it reduces greenhouse gases because food waste in a landfill generates methane gas. When you compost it is broken down by different microbes and does not produce methane."

He also noted that the material is composted locally and used locally in growing food and flowers.

"This is a student-initiated learning tool," Sitler said. "They collect the data and write all the reports."

Michaelson did not want the idea to die when the class ended and worked with the recycling office to implement the project.

"I relearned a lesson that I knew as a 5-year-old," he said. "Persistence pays off."

Brent Beringer, director of dining for the University, estimates that 1.5 to 2 tons of material will be taken from Newcomb each week, and when the Runk Dining Hall's material is added, the University should be composting about five tons a week.

The University is a pioneer in food composting, Beringer said. "Many schools do something on a small level, but very few" have an operation the size of U.Va.'s, he said.

Beringer noted that U.Va. is competing in the annual RecycleMania contest, in which schools compete on how much they can recycle. Of the 500 schools participating this year, only 86 are entered in the organic recycling category, he said.

"I think it makes a great deal of sense," Michaelson said. "There is no reason to send a good resource to the landfill. I think everybody should compost."

"I think this is great," Beringer said. "We have been anxious to get this moving."

What’s Next for UVA’s Class of 2022? END_OF_DOCUMENT_TOKEN_TO_BE_REPLACED