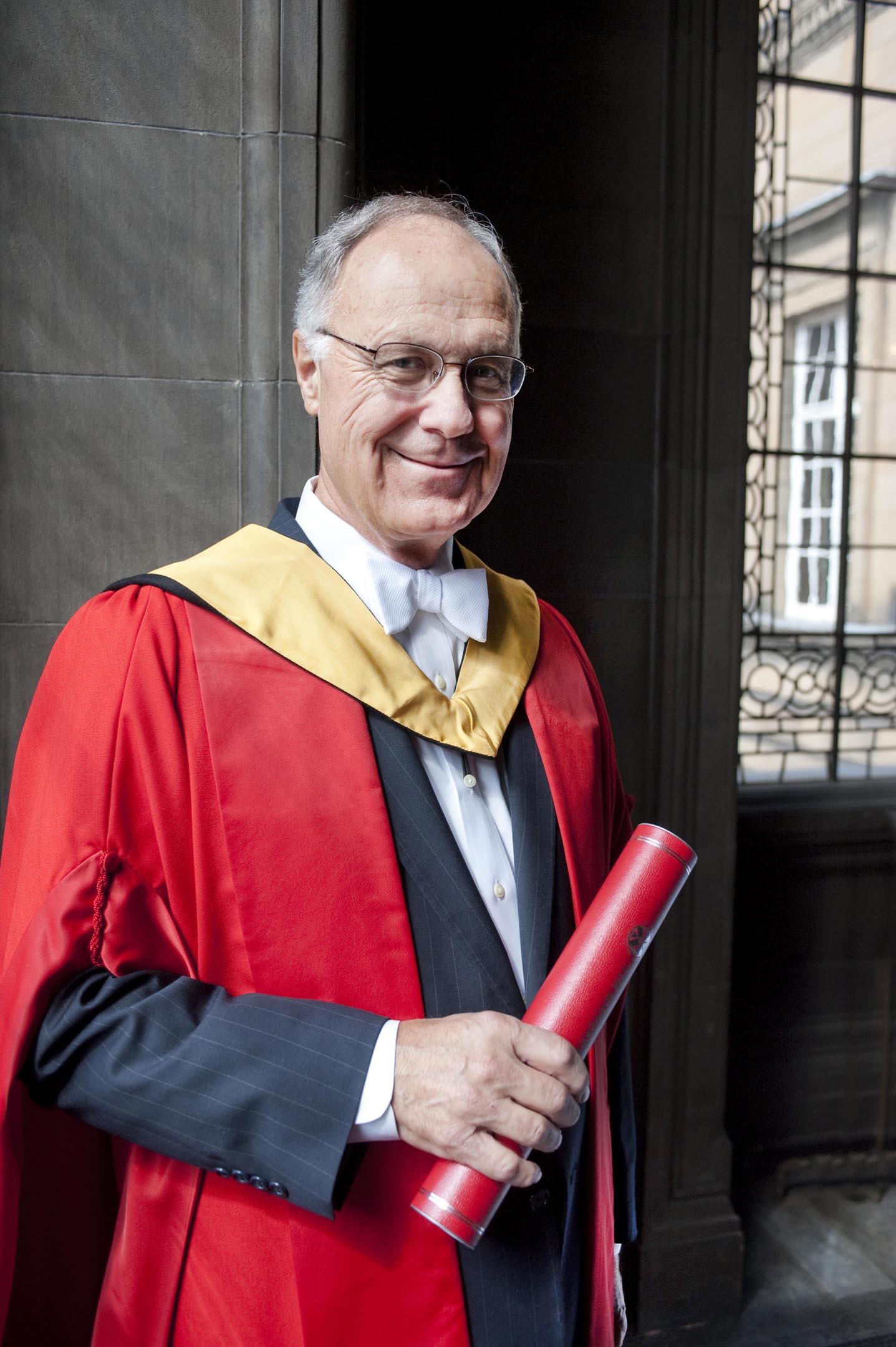 The doctor honoris causa ("for the sake of honor") was given during the university's graduation exercises for its School of Languages, Literatures and Culture.

Jeff Haywood, professor of education and technology and vice principal for knowledge management, presented the laureation address, which recounted Casteen's academic and professional careers. Casteen's tenure as U.Va. dean of admission in the 1970s was marked by his efforts to diversify the student body, "visiting potential African-American students in their homes, to allay their concerns about entering the University of Virginia," Haywood said.

As U.Va. president for 20 years, "he led a major restructuring of the University's administrative and governance structures, and brought about significant improvements in both academic programs and physical facilities," Haywood said, noting in particular the development of AccessUVa, the comprehensive financial aid program.

The address also cited his leadership in Universitas 21, an international alliance of research-intensive universities. U.Va. and the University of Edinburgh were founding members, and Casteen served as its chairman.

He said that the degree not only honors him but also "symbolizes contributions made by many to the success of international collaborations among universities, and also the contributions of U21, which has come to be the most productive of all multi-national consortia of research-intensive universities."