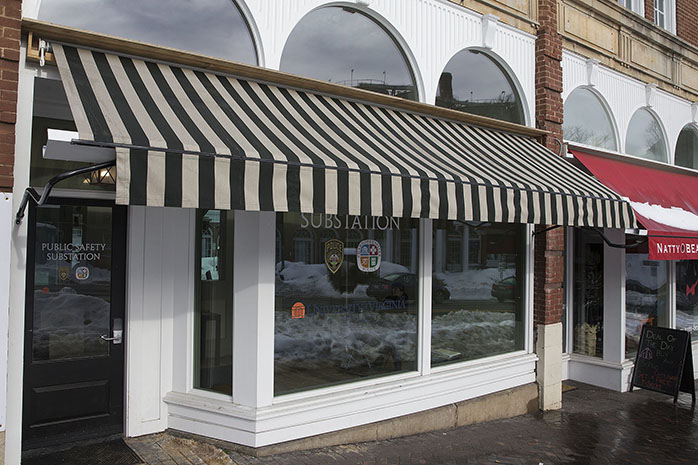 With a focus on continuing to improve the “living, learning and working environment,” University of Virginia officials invested considerable time and effort in 2015 on safety-related issues.

Throughout the year, the University convened groups of students, faculty, staff, alumni and community members for conversations on key issues including UVA’s commitment to addressing sexual violence and plans for infrastructure improvements on Grounds.

Progress made during 2015 includes:

The UVA Police Department has opened a public safety substation on The Corner at 1413 University Ave. (the former Freeman-Victorius Framing Shop), and will host an open house there on Feb. 3, from 10 a.m. to 2 p.m. The substation was established in partnership with the Charlottesville Police Department and provides space for both departments to engage with the community and conduct other work.

UVA Ambassadors, now staffed by Richmond-based RMC Events, will be present in the substation 24 hours a day for general assistance and questions. For emergencies and to report crimes, University Police still recommend calling 911 first.

Ambassadors are carefully screened, unarmed security officers, clad in neon yellow polo shirts, parkas and rain jackets. From 4 p.m. to 7 a.m., Ambassadors patrol a wide area that students frequent. This includes The Corner, Rugby Road, and the West Main Street and Jefferson Park Avenue corridors. Ambassador coverage may adjust according to demand and need during special events. Oversight for the program remains in the University Police Department. The coverage area map is found online here.

During 2015, the University made expansive physical improvements to enhance safety. These include upgrades to lighting at Stadium Road and Alderman Road, new light fixtures under the Emmet Street Railroad Bridge, as well as improvements to sidewalk lighting around Grounds and repair of emergency phones.

This year, the City of Charlottesville will enhance pedestrian safety at the intersection of Rugby Road and Culbreth Road with the addition of two stop signs and stop bars. The University will install a new rapid flashing beacon crosswalk at University Avenue and Chancellor Street.

“The safety of the members of our community is the University’s top priority,” UVA Executive Vice President and Chief Operating Officer Patrick D. Hogan said. “We are continuously reviewing our Grounds and making improvements to enhance safety and security.”

Established by UVA President Teresa A. Sullivan in December 2014, the Ad Hoc Group on University Climate and Culture and its associated working groups on Culture, Response and Prevention advanced a number of recommendations that were adopted or put into motion in 2015.

The Ad Hoc Group serves as an advisory body to the president and was created to explore policies, practices and organizational structure, as well as the resources necessary to support the ultimate goal of providing an outstanding education while ensuring the safety and well-being of students. Membership includes students, faculty, staff, alumni, parents and two members of the University's Board of Visitors.

“We are committed to our ongoing efforts to better ensure that all members of the University community are free from acts of hostility and harassment,” Sullivan said. “We will continue to evaluate recommendations and initiatives to better ensure that resources are properly aligned with the needs of the University community. Our faculty, staff and students will continue to contribute as we strategically integrate our immediate and long-term efforts.”

The January update to the Ad Hoc Group on University Culture and Climate is available here.

What’s Next for UVA’s Class of 2022? END_OF_DOCUMENT_TOKEN_TO_BE_REPLACED