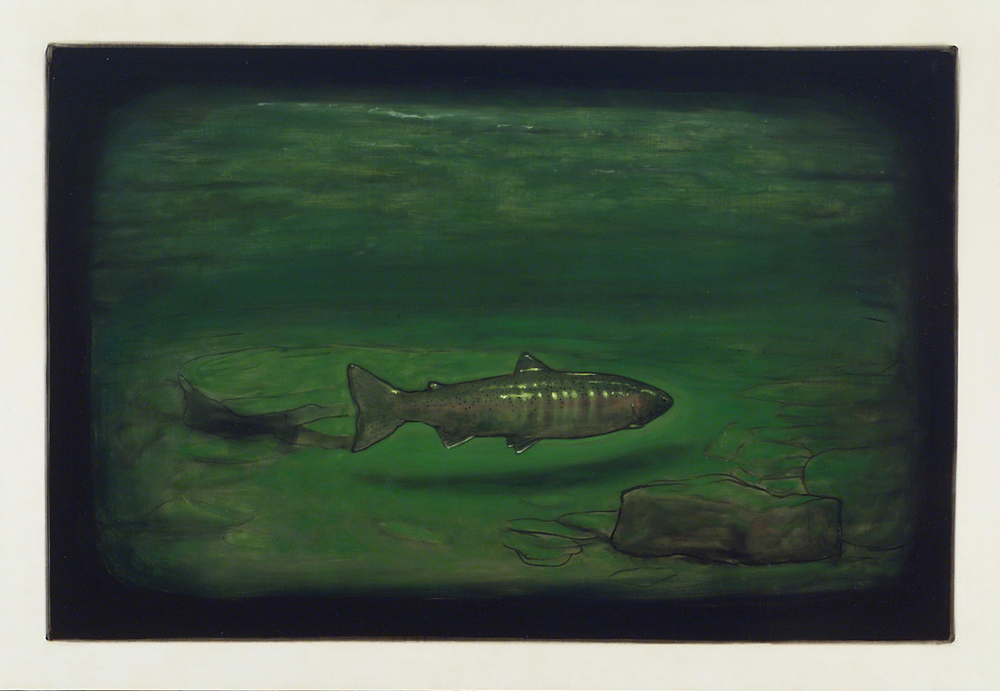 January 20, 2006 — While digital media shrinks the distance between cultures and lubricates the economy it can also generate an unnatural, homogenized vision of the world. We see more technology than environment and are thus less aware of the impact circuits and chemicals have on the natural world, say t wo artists who aim to reverse this process. They will visit the University of Virginia this spring.

Painter and conservationist Alberto Rey produces works that focus on “Biological Regionalism,” documenting the natural environment as it shapes the life and culture of a region. Printmaker and book artist Allyson Mellberg explores various printing and bookmaking techniques that are nontoxic and environmentally sound. Each will work as a resident artist at U.Va. during the semester and will conduct lectures, exhibitions and interactive workshops. The University’s Arts Board is sponsoring the projects.

Rey will make his first visit to Charlottesville Jan. 26-27, when he will exhibit paintings and video work in the University of Virginia Art Museum and meet with community and student groups interested in working with him on “Vanishing Species.” The project will focus on the documentation and study of trout in the central Virginia region. In the past, his work has focused on the documentation of endangered fish in Iceland, Cuba, the United States and many other regions of the globe. His project will combine creative printmaking, environmental education, fine art and media, and programs that develop artistic skills across diverse communities in Charlottesville. “Vanishing Species” will incorporate U.Va. students, local secondary school groups and community members. Rey will return March 16-21 for another lecture and gallery talk, as well as field trips to revisit local rivers and streams. A grant to the museum by the University Council on the Arts will further support his residency.

Rey crafts an ongoing series of “piscatorial” paintings of fish and their natural habitats. The steelhead trout of western New York are a favorite species of his, and the images tie Rey’s personal experience roaming the streams and rivers of the region to a broader, environmentally conscious understanding of the natural place. According to Rey, “the connection between nature and culture seems to have been lost, as most of our social and economic reliance has moved to an urban setting.” The goal of his project is “to reaffirm the lost connection by re-introducing the fish and landscape that are characteristic to a region through the use of traditional and contemporary mediums.”

Rey has been a professor of painting, drawing and illustration at the State University of New York at Fredonia since 1989. Born in Havana, Cuba, he immigrated to the United States and received his M.F.A. in painting and drawing from the University of Buffalo in 1987. He is also executive director of the Chautauqua Center for the Visual Arts at the Chautauqua Institute in New York. Rey is an accomplished angler and an Orvis-certified fly-fishing guide.

Mellberg, a resident of Charlottesville, will focus on nontoxic plate making and printing methods during a Jan. 23-27 workshop. Printmaking students previously got a taste of her working methods and materials at a November 2005 workshop. The spring programs, including a formal lecture about her work, will present her project to a wider student audience. From Jan. 30 to Feb. 3, she will demonstrate environmentally sound and nontoxic bookmaking and intaglio printing principles. Feb. 6-10, she will hold a session on water-based relief, screen-printing and bookbinding. In March, she will present another lecture to accompany an exhibition of books and prints made by students during the workshops.  In April, she will conclude her residency with a “Non-Toxic Printmaking and Bookmaking Workshop” for youth at the U.Va. Art Museum.
Mellberg hails from Milwaukee, Wis. She received her B.F.A. from the Milwaukee Institute of Design and her M.F.A. from the University of North Carolina at Chapel Hill. Her work can be found in public and private collections, including the Fogg Museum at Harvard, the Milwaukee Art Museum and La Maison Rouge in Paris. She is also a member of Booklyn, an artist-run, nonprofit, consensus-governed, artists and bookmakers organization headquartered in Greenpoint, Brooklyn, N.Y.

Her drawings and prints, “evince the gravity of modern human existence and habit,” she said She works on an ongoing portrait series depicting physically mutated boys and girls. Grotesque and beautiful, the images are lenses through which to view the distorting effects of a culture inundated with digital and chemical technology. “As our world grows smaller through the use of new products and technology,” said Mellberg, “we invent ways not to look at one another, or ourselves, in a natural way. We ingest and apply multiple chemicals to our bodies every day without much thought of the consequences for ourselves or our environment.”

For more information on the Arts Board 2006 residencies by Mellberg, please contact Maggie Sullivan at mfs9y@virginia.edu or the Studio program at (434) 924-7206. For information about Rey’s residency and to sign up for workshops with Rey, please contact Andrea Douglas, curator of collections and exhibitions, U.Va. Art Museum at and2c@virginia.edu or (434)-924-6322. Information will be posted on the museum’s Web site as soon as it is available: www.virginia.edu/artmuseum

It’s Copperhead Season in Virginia. Here Is What You Need to Know END_OF_DOCUMENT_TOKEN_TO_BE_REPLACED

What’s Next for UVA’s Class of 2022? END_OF_DOCUMENT_TOKEN_TO_BE_REPLACED