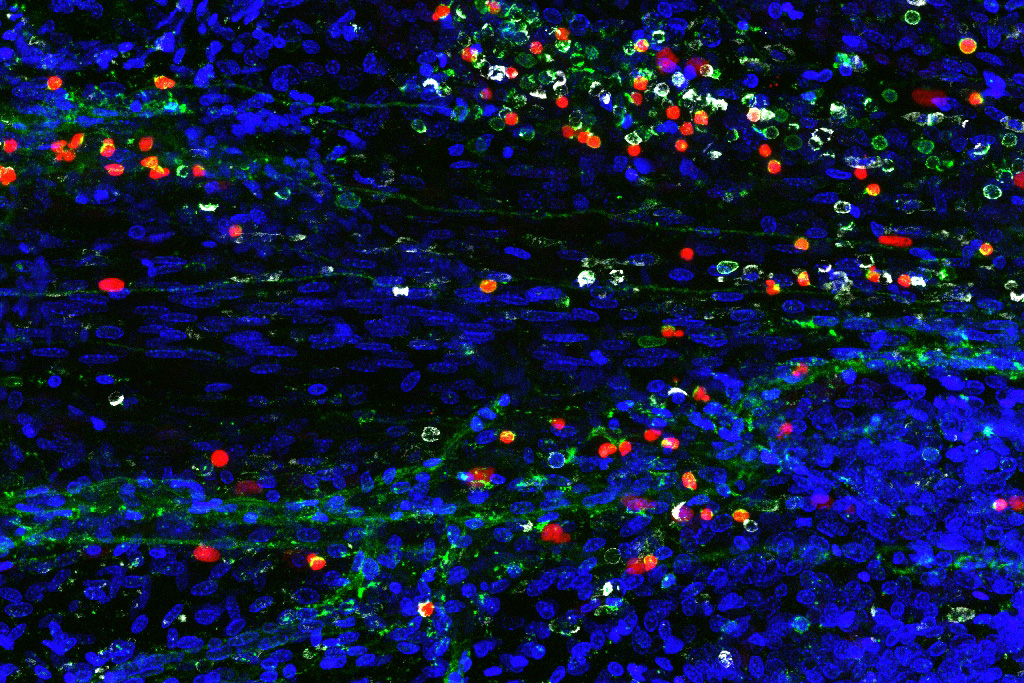 University of Virginia School of Medicine researchers have discovered a rare and powerful type of immune cell in the meninges around the brain, suggesting the cells may play a critical but previously unappreciated role in battling Alzheimer’s disease, multiple sclerosis, meningitis and other neurological diseases, in addition to supporting our healthy mental functioning. By harnessing the cells’ power, doctors may be able to develop new treatments for neurological diseases, traumatic brain injury and spinal cord injuries – even migraines.

Further, the researchers suspect the cells may be the missing link connecting the brain and the microbiota in our guts, a relationship already shown important in the development of Parkinson’s disease.

The cells, known as “type 2 innate lymphocytes,” previously have been found in the gut, lungs and skin – the body’s barriers to disease. Their discovery in the meninges, the membranes surrounding the brain, comes as a surprise.

They were found as UVA researcher Jonathan Kipnis explored the implications of his lab’s game-changing discovery last year that the brain and the immune system are directly connected via vessels long thought not to exist. 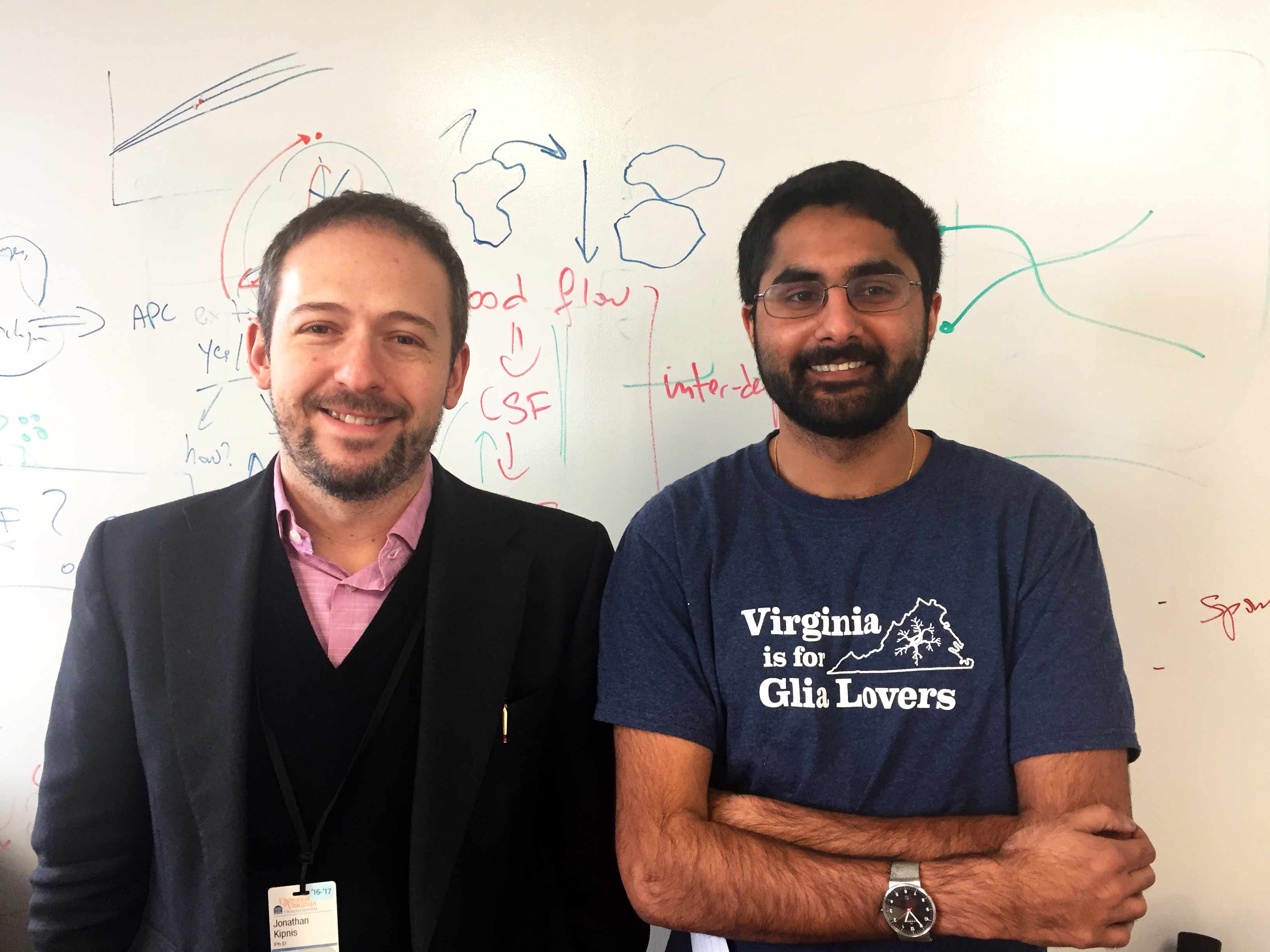 The finding builds on previous work by the lab of Jonathan Kipnis, left, with researcher Sachin Gadani, that found an unexpected link between the brain and the immune system. (Photo by Jackson Smith, UVA Health System)

“This all comes down to immune system and brain interaction,” said Kipnis, chairman of UVA’s Department of Neuroscience. “The two were believed to be completely not communicating, but now we’re slowly, slowly filling in this puzzle. Not only are these [immune] cells present in the areas near the brain, they are integral to its function. When the brain is injured, when the spinal cord is injured, without them, the recovery is much, much worse.”

Curiously, the immune cells were found along the vessels discovered by Kipnis’ team. “They’re right on the lymphatics, which is really weird,” noted researcher Sachin Gadani. “You have the lymphatics and they’re stacked right on top. They’re not inside of them – they’re around them.”

The immune cells play several important roles within the body, including guarding against pathogens and triggering allergic reactions. In exploring their role in protecting the brain, the Kipnis team has determined they are vital in the body’s response to spinal cord injuries.

But it’s their role in the gut that makes Kipnis suspect they may be serving as a vital communicator between the brain’s immune response and our microbiomes. That could be of great importance, because our intestinal flora is critical for maintaining our health and well-being.

“These cells are potentially the mediator between the gut and the brain. They are the main responder to microbiota changes in the gut. They may go from the gut to the brain, or they may just produce something that will impact those cells. But you see them in the gut and now you see them also in the brain,” Kipnis said. “We know the brain responds to things happening in the gut. Is it logical that these will be the cells that connect the two? Potentially. We don’t know that, but it very well could be.”

While much more research needs to be done to understand the role of these cells in the meninges, Gadani noted that it’s almost certain that the cells are important in a variety of neurological conditions.

“It would be inconceivable they’re not playing a role in migraines and certain conditions like that,” he said. “The long-term goal of this would be developing drugs for targeting these cells. I think it could be highly efficacious in migraine, multiple sclerosis and possibly other conditions.”

The findings have been published online by the Journal of Experimental Medicine. The article is by Gadani, of UVA’s Medical Scientist Training Program; Igor Smirnov; Ashtyn T. Smith; Christopher C. Overall; and Kipnis, who, in addition to being department chairman, is the director of UVA’s Center for Brain Immunology and Glia.

The work was supported by the National Institutes of Health, grant NS081026.