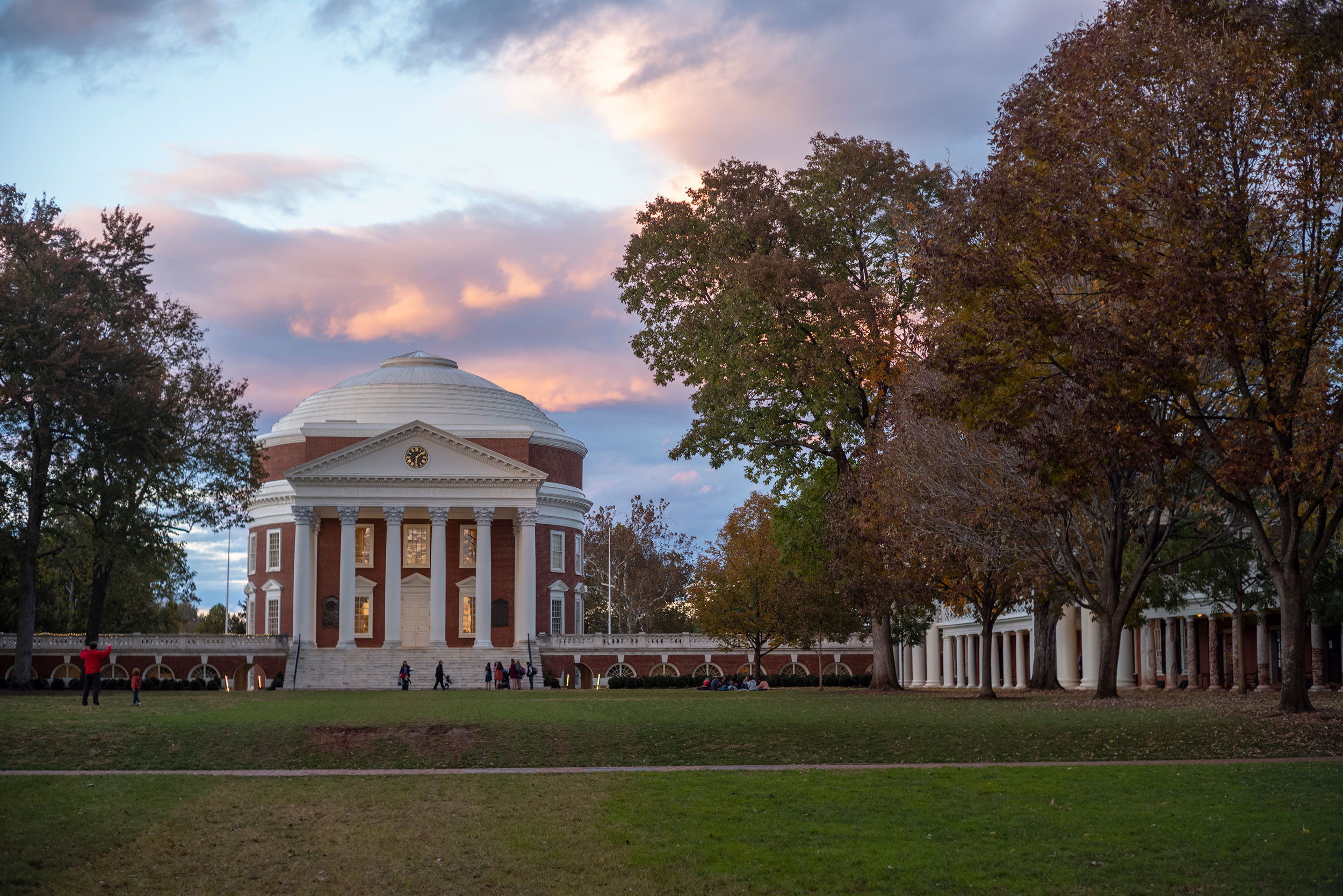 The University of Virginia is the No. 2 “best value” public university in the nation, according to U.S. News and World Report’s 2020 undergraduate university rankings, released Monday.

This assessment takes into consideration total cost, educational quality, the cost after receiving grants and the percentage of students who receive grants. UVA is one of just two public universities that meets 100% of each undergraduate student’s demonstrated financial need while also making admission decisions with no consideration of a family’s financial situation.

This marks the 29th consecutive year that UVA has appeared in the top four public national universities in the U.S. News ranking.

U.S. News reported that 90% of UVA’s first-year students were in the top 10% of their high school classes, and the average first-year retention rate is 97%.

UVA is also ranked the third-best public national university for veterans, based on UVA’s reported enrollment of, and benefits for, veterans and active-duty service members. UVA also made the cut because the School of Law, the Darden School of Business and the Frank Batten School of Leadership and Public Policy (graduate only) participate in the Yellow Ribbon Program, which provides educational benefits to military veterans who have served on active duty since the terrorist attacks of Sept. 11, 2001.

The 2020 rankings also place UVA’s McIntire School of Commerce in a tie at No. 8 overall among undergraduate business programs. Undergraduate programs in UVA’s School of Engineering and Applied Science tied for No. 39 nationally.

The U.S. News and World Report assessment is the latest in a string of recent rankings, all of which use different methodologies and give UVA high marks, particularly when it comes to educational value.

In January, the Princeton Review ranked UVA as the No. 1 public university on its list of “Best Value Colleges for 2019,” four months after the same publication rated the University as tops among public “Colleges That Pay You Back.”

In July, Kiplinger, a Washington, D.C.-based publisher of business forecasts and personal financial advice, ranked UVA the fourth-best public college value in the United States. In August, Money Magazine placed UVA in the top 10 overall and seventh in its ranking of public schools.

“The University of Virginia has more than just a stellar men’s basketball team going for it,” the Kiplinger report notes. “UVA cracks the top 10 again in our best values in public colleges thanks to its strong academics and exemplary four-year graduation rate. Nearly 100% of freshmen chose to stay at UVA for their sophomore year, and 88% of students graduate in four years – the highest percentage out of all 100 public schools on our list.”

In its report, Money noted that for the second year in a row, UVA posted the highest graduation rate of any public university in the country, with 95% of students earning degrees within 4.1 years. Graduates’ average salaries within three years of earning a UVA degree are $62,300, as reported by alumni to Payscale.com – a nearly $3,000 increase over last year’s figure.

A UVA degree has a material impact on graduates’ lives, Money magazine found. Fifty-two percent of low-income students moved to the upper-middle class with a UVA degree, according to “mobility rate” data published by Opportunity Insights and cited by Money.

What’s Next for UVA’s Class of 2022? END_OF_DOCUMENT_TOKEN_TO_BE_REPLACED