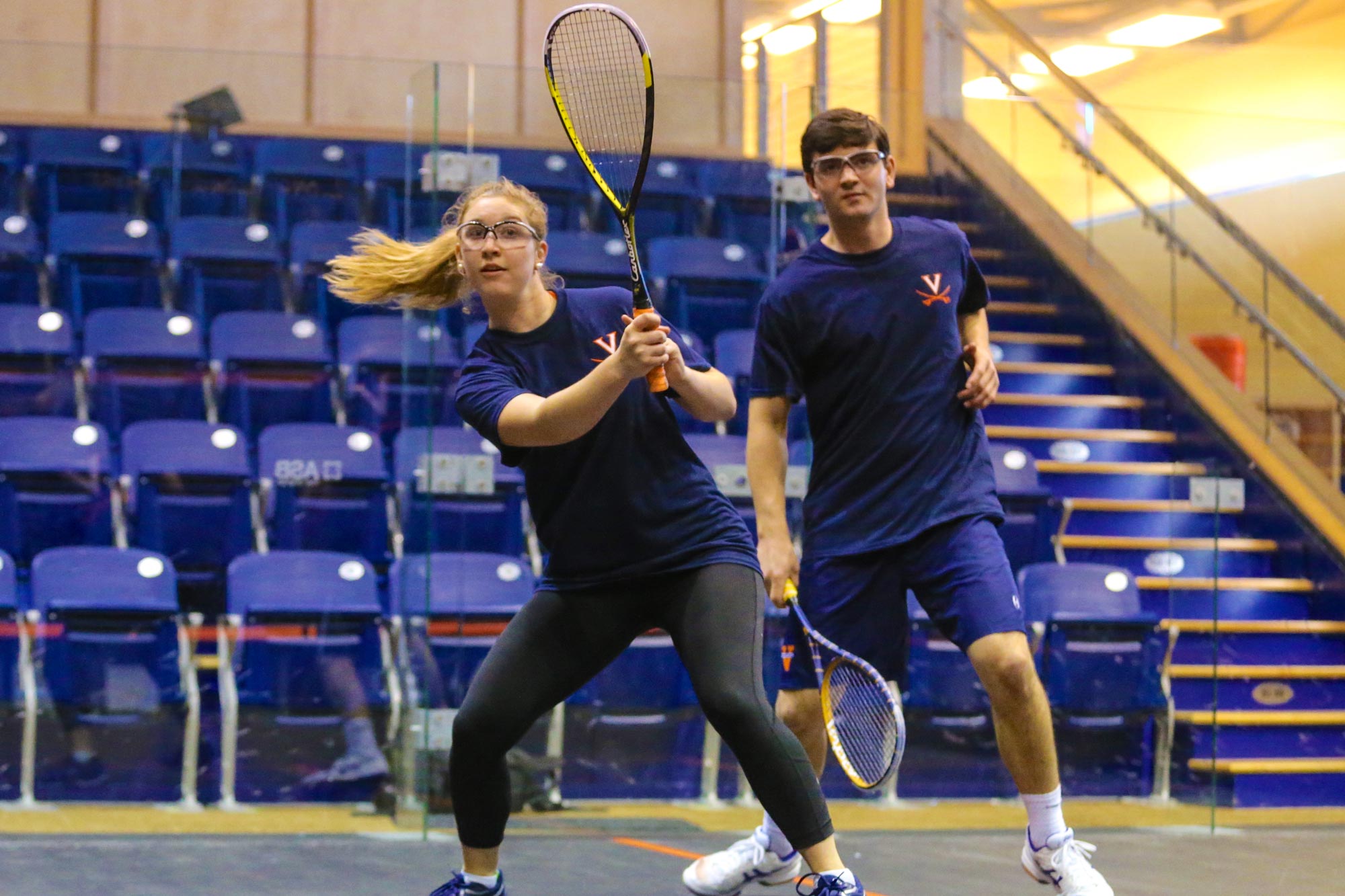 Director of Athletics Craig Littlepage announced Friday that the University of Virginia has added men’s and women’s squash as varsity sports programs. UVA now sponsors 27 varsity sports, 14 for women and 13 for men.

“We are thankful for the generous gift of a donor to elevate squash to varsity status at the University,” University President Teresa A. Sullivan said. “Squash is a challenging sport that requires a great deal of physical fitness and it’s a lifelong competitive pursuit for many, particularly in our area. The high usage rate of the courts at the McArthur Squash Center is just one sign of the popularity of the sport in our community. We are thrilled to support squash at the highest possible level and look forward to attracting even more terrific varsity student-athletes to Grounds.”

Intercollegiate squash, which is not a National Collegiate Athletic Association-sponsored sport, is governed by the Collegiate Squash Association.

The history of squash at UVA dates back to the 1930s with the completion of the Astor Squash and Handball Courts, which were connected to Memorial Gym. In 2001, a dedicated club squash team was started. The club team began play as part of the National Intercollegiate Squash Racquets Association, now the CSA, during the 2002-03 season.

“We are committed to providing intercollegiate athletics opportunities for UVA students where it makes sense and are excited to add men’s and women’s squash as varsity sport programs,” Littlepage said. “The athletics department is grateful for the support of a generous donor to the University and we appreciate the collaboration of a number of partners across the University to make this possible.”

The gift to the University provides funding for scholarships, annual operational support and facility enhancements for the men’s and women’s squash programs. Future fundraising, led by University Advancement, will ensure all expenses for both squash programs will be covered.

“This gift will positively impact UVA students, student-athletes and the Charlottesville community for years to come,” said Mark Luellen, vice president for advancement. “We are grateful for the partnership with the athletics department to upgrade squash to a varsity sport. University Advancement, in partnership with the Friends of Virginia Squash, is committed to providing the fundraising support for Virginia squash going forward. As a member of the board of the Virginia Athletics Foundation, I believe it is important for the VAF staff to remain focused on fundraising to support the existing 25 varsity sport programs.” 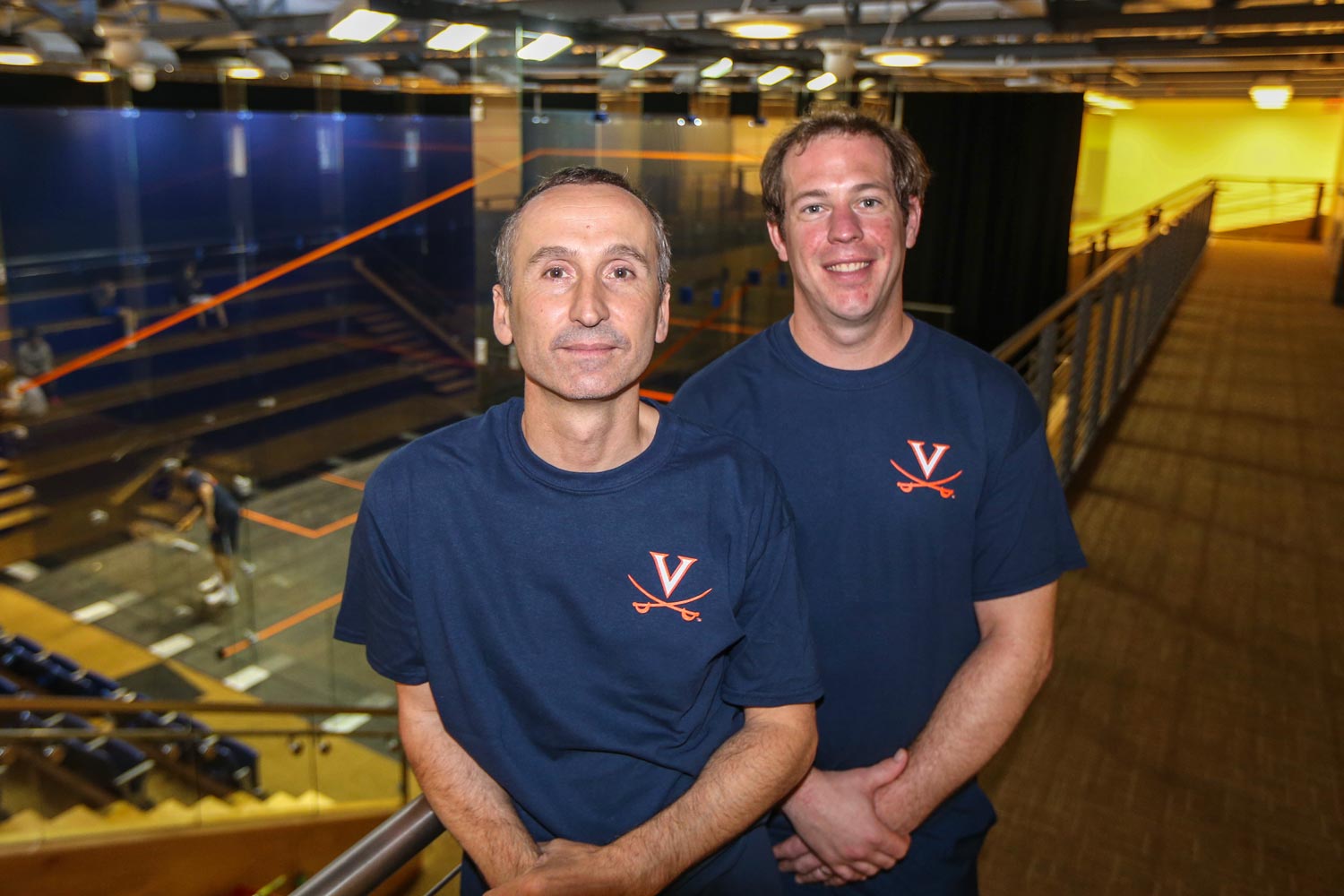 Mark Allen, the director of the UVA club squash program since 2013, is the head coach of the varsity men’s and women’s programs, while Grant White is the assistant coach of both programs. The sports administrator is Eric Baumgartner, Virginia’s associate athletics director for compliance. There are 15 men and 15 women on the team rosters.

“I am profoundly grateful to the board of the Friends of Virginia Squash, our donors, players and parents, coaching staff and fans, all of whom helped make this goal a reality,” Allen said. “My gratitude extends equally to the University and athletics administration. I am excited to proceed with a shared vision for the future of intercollegiate squash at UVA.

“The addition of men’s and women’s squash as varsity sports is an exciting prospect on every level. When I arrived four years ago, my long-term goal was to compete for a national championship. With the addition of scholarship positions, we will be able to expand our range into international recruiting. Moreover, the resources to which we will now have access as a fully integrated member of the athletics department will assist us in our recruiting efforts and allow us to more effectively train and develop our student-athletes.

“Nothing is promised in the competitive arena of intercollegiate athletics – and our status alone will not deliver us any wins on its own – but our program is now in the best possible position to realize our championship aspirations.”

The CSA season runs from November through late February, culminating with the team championships. The CSA individual championships are held in early March. Virginia will play the maximum of 15 competition dates. Multiple matches can take place on the same date. 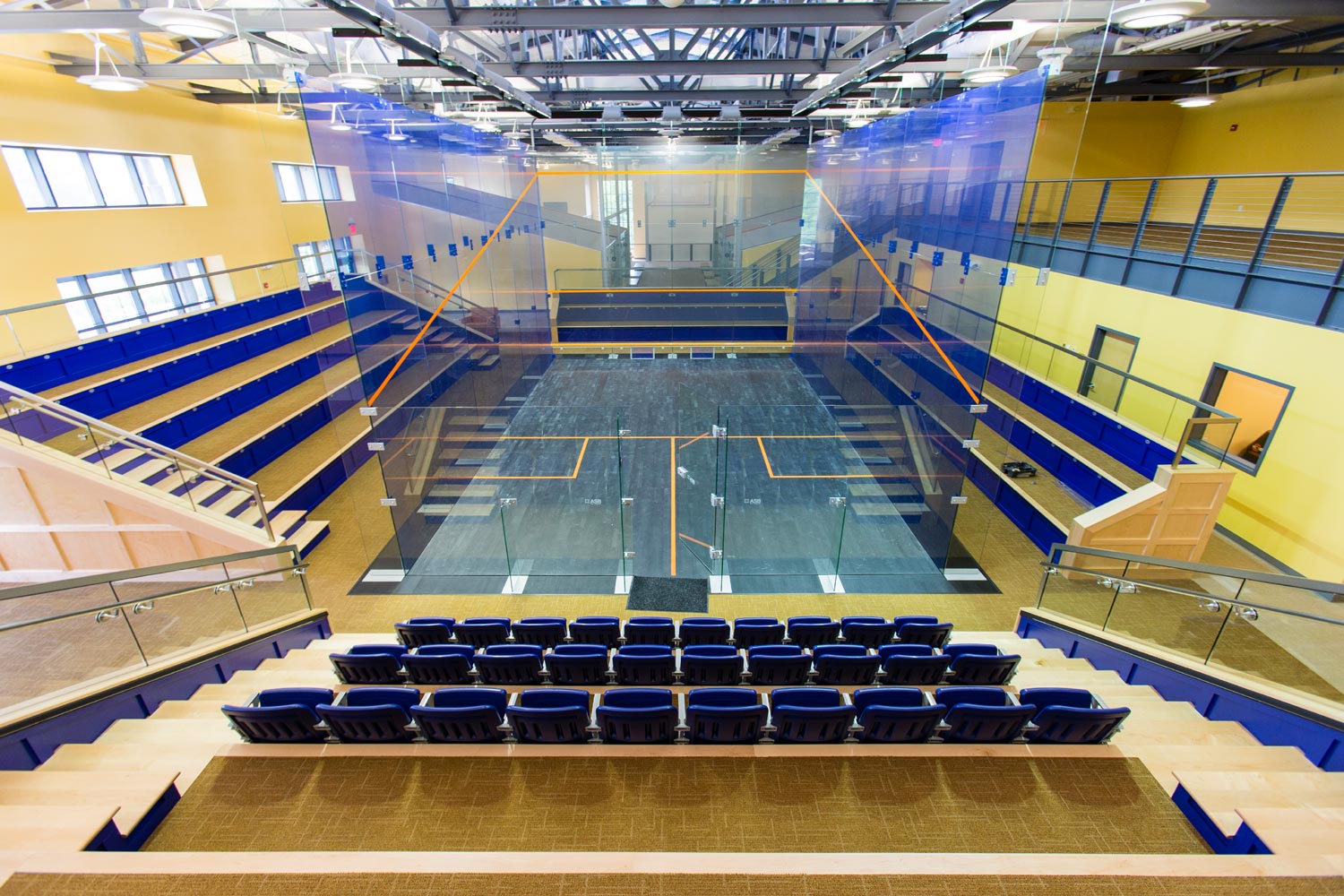 The McArthur Squash Center at the Boar’s Head Sports Club is the home of Virginia men’s and women’s squash. The 33,000-square-foot facility was completed in 2013 and features a four-wall-glass feature court, eight individual singles courts and two hardball doubles courts with a total capacity of 1,000 spectators.

The University’s Board of Visitors recently approved adding a $9 million expansion project to the capital project list. This action allows fundraising and planning for the project to continue. This expansion project would add 20,000 square feet to the facility, including five new singles courts, locker rooms, a media room and offices for the coaches, and would be funded solely by private philanthropy.

Q. What is squash?

A. Squash is played indoors on a court designed specifically for the game between two players (singles) or four players (doubles) using a racket and a rubber ball. There are three to five games in a match with the winner of each game the first one to reach 11 points with a margin of at least two points. Either the server or the receiver may score a point.

Q. Why is Virginia adding men’s and women’s squash?

A. The University is committed to providing intercollegiate athletic opportunities for men and women. A generous gift from an anonymous donor provided funding for the programs, including support for scholarships, annual operational funds and facility enhancements through an endowment. Future fundraising, led by University Advancement, in partnership with the Friends of Virginia Squash, will ensure all expenses for both squash programs will be covered.

Q. How do squash matches work?

A. There are nine singles matches between the two schools. Each match is worth one point toward the team score and consists of five games to 11 points. Five points are needed to win the team match.

Q. Which schools will Virginia compete against?

Q. What are the differences between club and varsity sports?

A. Varsity sports fall under the guidance of, and are supported, by the athletics department. As a varsity sport, the Virginia men’s and women’s squash programs will follow all NCAA and Atlantic Coast Conference rules and guidelines, even though neither the NCAA nor the ACC sponsors squash.

Club sports at the University of Virginia request funding from Student Council. While they play club teams from other colleges and universities, club sports are not part of the NCAA or ACC and therefore do not follow the rules and guidelines of those organizations. Club sports teams do not have full-time coaches and support staff. In addition, practices and games are determined by the student officers of the club and a club may not require a full-year commitment from its members.

Q. What are the ramifications of the squash not being a sport sponsored by the NCAA?

A. The national championship is administered by the CSA, so there is not an NCAA champion awarded in either men’s or women’s squash. Similarly, squash is not recognized by the ACC, so there is not a conference championship for the sport. The Virginia squash teams will be permitted to fund a maximum of 12 scholarships for men and 12 scholarships for women and will follow all NCAA rules and regulations.

Q. Will any tuition or state taxpayer money be used to support squash?

A. No, as is the case with all varsity athletics programs at the University. All expenses generated by the men’s and women’s squash programs will be solely funded from private donations provided specifically for use by the squash programs.

Monkeypox Is Spreading, But University’s Risk Believed To Be Low END_OF_DOCUMENT_TOKEN_TO_BE_REPLACED

This Alum Is Living His Best Life on the Road, One State at a Time END_OF_DOCUMENT_TOKEN_TO_BE_REPLACED

These Giant Wind Turbines, Inspired by Palm Trees, May Be the Future of Renewable Energy END_OF_DOCUMENT_TOKEN_TO_BE_REPLACED