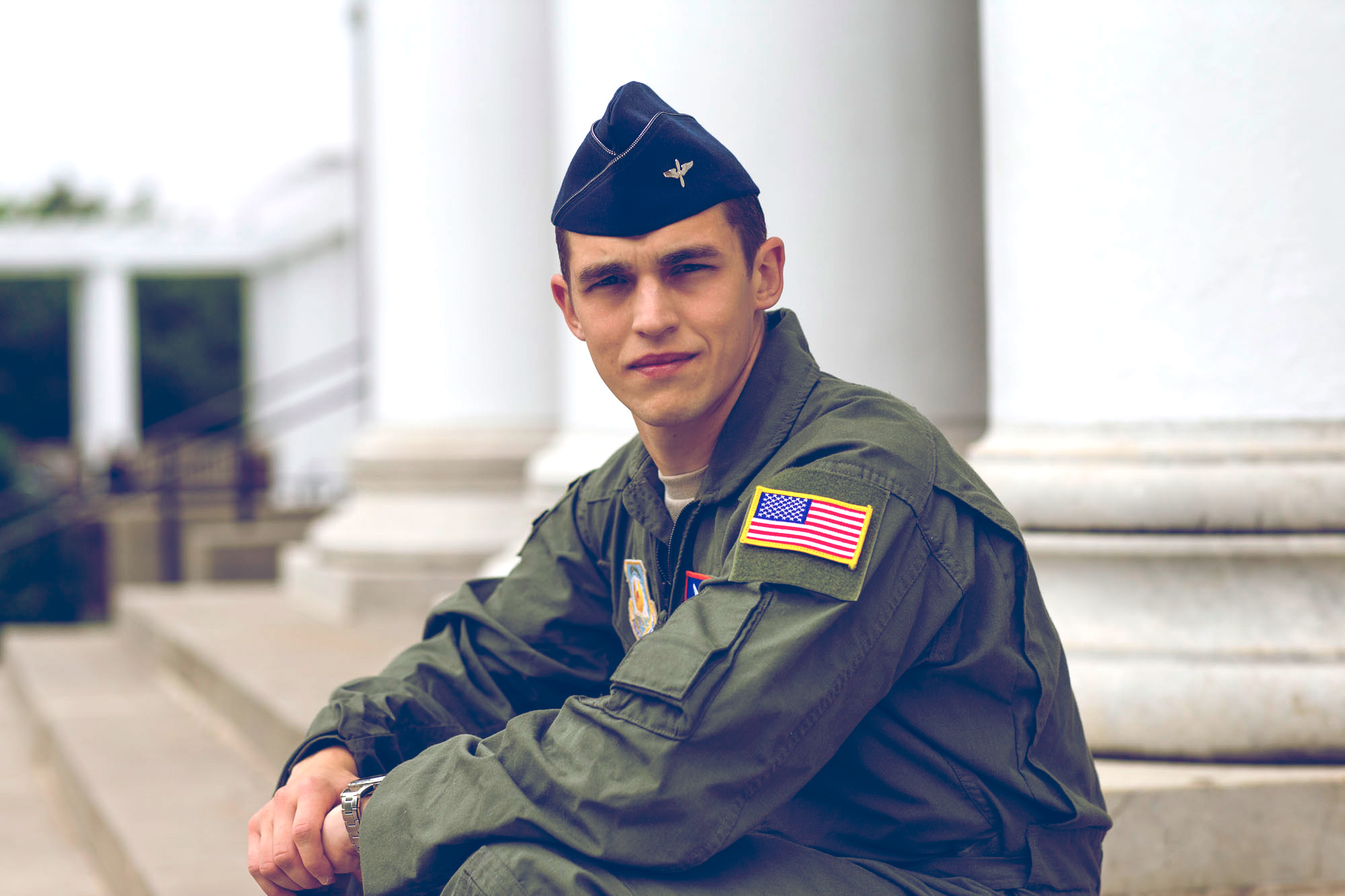 In fact, the recent University of Virginia graduate is one of three Air Force ROTC “Cadets of the Year” chosen from around the country.

Jewell, who graduated Sunday with a degree from the Frank Batten School of Leadership and Public Policy, has been named one of three of the Air Force ROTC’s Cadets of the Year. The award honors Air Force cadets who have excelled in academics, military leadership, service, physical fitness, teamwork and character.

Jewell and the other Cadets of the Year will now compete with nominees from the U.S. Air Force Academy and the Air Force’s Officer Training School for the overall, nationwide Cadet of the Year honors, which will be announced in September.

The Culpeper resident said he was surprised and humbled to have been selected.

“It is great exposure for Detachment 890 and the awesome people here,” Jewell said. “I have learned a lot about what it means to serve others throughout this process. When making the nomination, I felt more of a sense of pride getting to represent our detachment in this way than I did the personal aspect.”

“He is active in Chi Alpha, was elected Phi Beta Kappa as a third-year student and scored a perfect 100 percent on all nine of his cadet physical fitness tests,” Hiss said. “He has received two merit-based scholarships while in AFROTC and was recognized as a distinguished graduate of AFROTC’s summer field training. I couldn’t be more proud of Nate and I’m thrilled AFROTC has recognized his dedication and hard work over these past four years. This award also recognizes UVA and Detachment 890 for the quality of Nate’s education and officer training.”

Jewell, who was commissioned May 20, will go into pilot training, partially inspired by a famous relative: U2 spy plane pilot Francis Gary Powers.

Powers was a former U.S. Air Force pilot who was shot down over the Soviet Union in 1960 while flying a reconnaissance mission for the Central Intelligence Agency, sparking an international incident.

“He was my mother’s second cousin,” Jewell said of his kinsman, who was convicted of espionage and imprisoned in Russia before being repatriated in a 1962 prisoner swap. He died in 1977 in a helicopter crash.

“I never met him, but I grew up hearing stories about him,” Jewell said. “I was always intrigued by flying. When I was a kid, I would look up at the commercial airplanes and thought they defied what was considered possible.”

After undergoing pilot training, he will have a 10-year commitment to the Air Force.

“After 10 years, I will see if the Air Force would be my career, or if I want to fly commercial jets or do something else in life,” he said, adding that he also sees potential career paths in the defense industry. He may opt to stay in the Air Force Reserve in order to continue flying Air Force jets.

“Whether I remain in the Air Force for my career, I’d like to stay involved in the public service career path,” he said.

Jewell’s interest in public service led him to enroll in the Batten School. “I like studying government and why it does what it does,” he said. “I can see opportunities to make change. I want to learn the skills of economic policy and social change.”

He said he sees new applications each day for the broad education he has received at UVA. He has come to understand how many players are involved in making “the big picture,” he said.

“One lesson I have learned is that there is so much that we can’t see with some problems; there are so many stakeholders who are affected by something,” he said. “It is easy for people to become insulated and they criticize and weigh in on things they don’t understand.”

Over spring break, he went to Greensboro, North Carolina, with Chi Alpha Christian Fellowship to perform repairs on low-income housing. He said his faith and his time in ROTC have taught him “service before self.”

While his distant relative’s story inspired him to fly, the impetus to apply for ROTC came from a friend in Chi Alpha who was in the Army ROTC program.

“I could see that he was disciplined and had a desire to serve,” Jewell said. “I thought about the different branches and went around visiting with the commanders. I thought the Air Force was a good fit. Everyone is there for the same reason – they want to serve. I want to lead people in doing something that matters to them.”

Jewell cited Hiss as an important mentor. “I’ve been blessed with good people in my life,” he said. “I just deeply value serving others, which is the Air Force’s purpose, as well as my faith’s. The Batten education has taught me a lot about building leaders of character, motivated to make a difference, and I am thrilled to have that opportunity in the Air Force.”

What Is the ‘4th Side’? END_OF_DOCUMENT_TOKEN_TO_BE_REPLACED