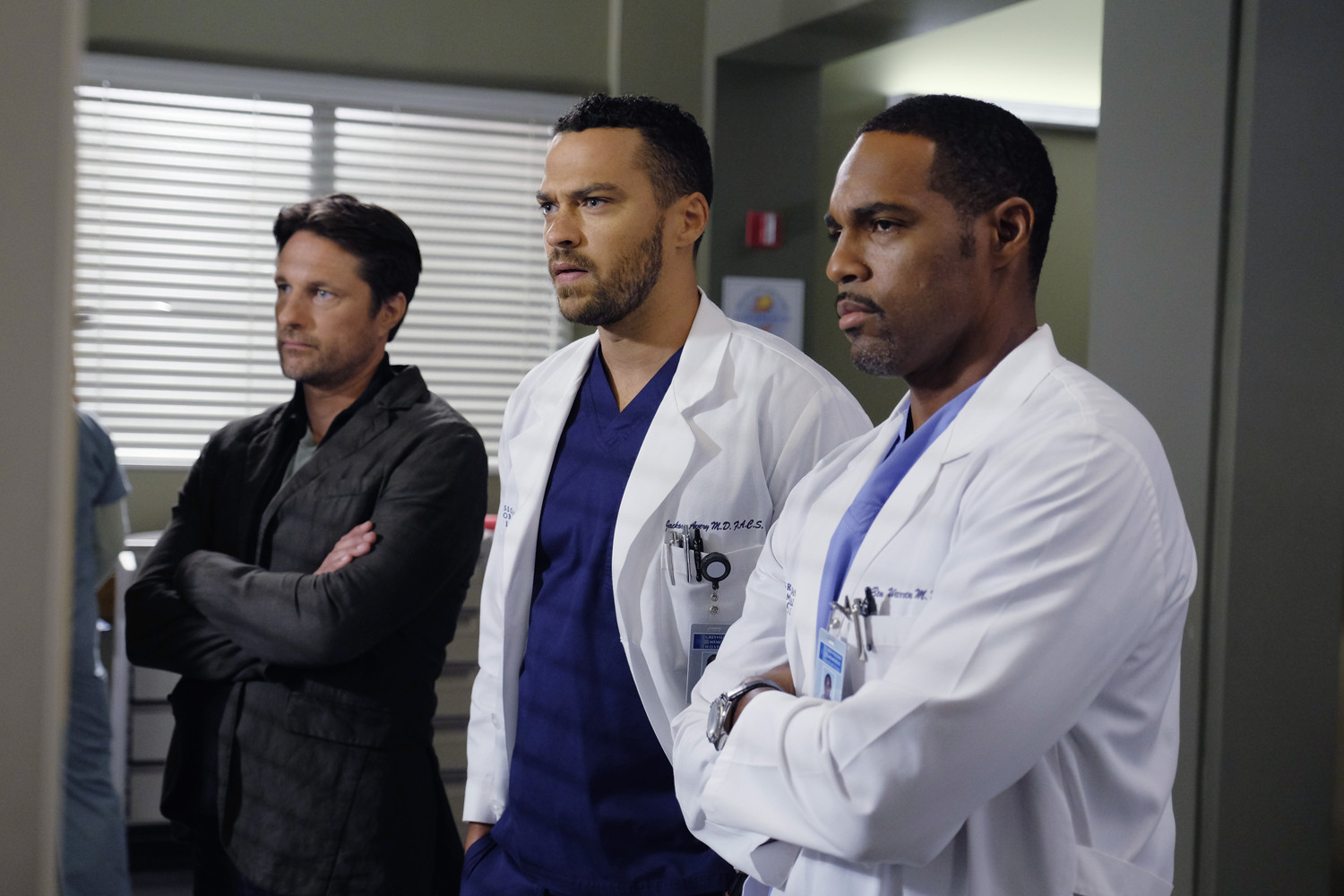 Jason George had plans to become a lawyer. Then he took an acting class during his second semester at the University of Virginia and everything changed.

“I took more and more acting classes, found myself doing plays and I was all theater and all resident staff – I was co-chair of resident staff my fourth year – and that was it,” George said.

George, who stars as Dr. Ben Warren on ABC’s “Grey’s Anatomy,” graduated from UVA in 1994 with a major in rhetoric and communication studies and a minor in drama.

The Virginia Beach native never visited UVA prior to attending. But if not for those four years on Grounds, George wouldn’t be where he is today.

“I met my wife at UVA, I discovered acting at UVA and realized by the time I graduated it was going to be my profession,” he said.

George – who previously had regular roles in the TV series “Eve” and “Sunset Beach” – was promoted to a series regular prior to the start of the medical drama’s 12th season this fall. George had been a fan of the show – with its loveable characters and mix of medical procedure, relationship drama and comedy – long before his character was introduced in season six.

“From the diversity of the show to the fact that they choose to get into social issues, there are so many things about it that I really enjoy,” he said. “I’m very proud to be a part of it.” 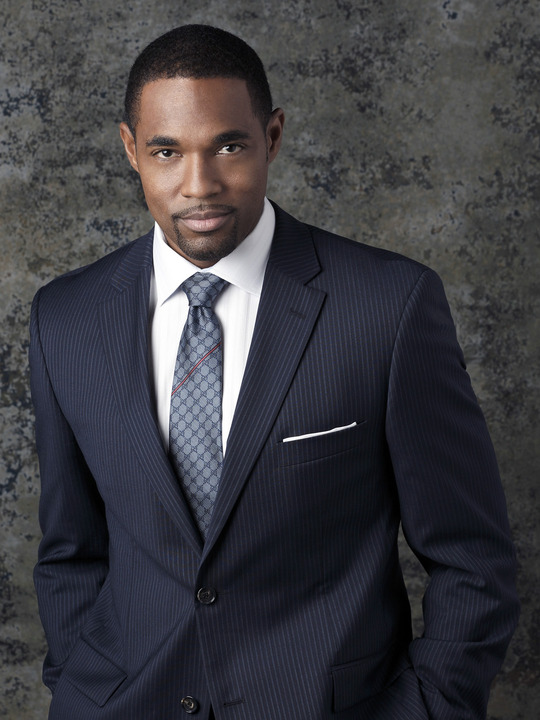 On ”Grey’s Anatomy,” George plays an anesthesiologist-turned-surgeon who is married to one of the show’s original and most-loved characters, Dr. Miranda Bailey. With similarities between both his on-screen and off-screen relationships, George said there’s a lot of art imitating life and vice versa.

Though he takes personal cues from his character, George said that he would make a horrible doctor. In preparation for his role, he sat in on an open-heart surgery, which gave him new respect for the bravery it takes to be a surgeon.

“I was standing right beside the man’s head looking at his heart while it stopped beating and then they started to operate on it,” he said. “It was awe-inspiring.”

One of George’s costars on the show is fellow UVA alumna and 2002 graduate Sarah Drew, who plays Dr. April Kepner.

For George, there were three people in his UVA experience who helped shape his career: drama professors Betsy Tucker, Colleen Kelly and Richard Warner, each of whom helped to tailor his craft in different ways.

In the nicest and best way possible, George referred to Tucker as the “Simon Cowell” of the Department of Drama.

“She was dead right with whatever she was telling you, you had to admit it,” he said. “But she was unflinching and was not going to let you get away with anything but your absolute best.” 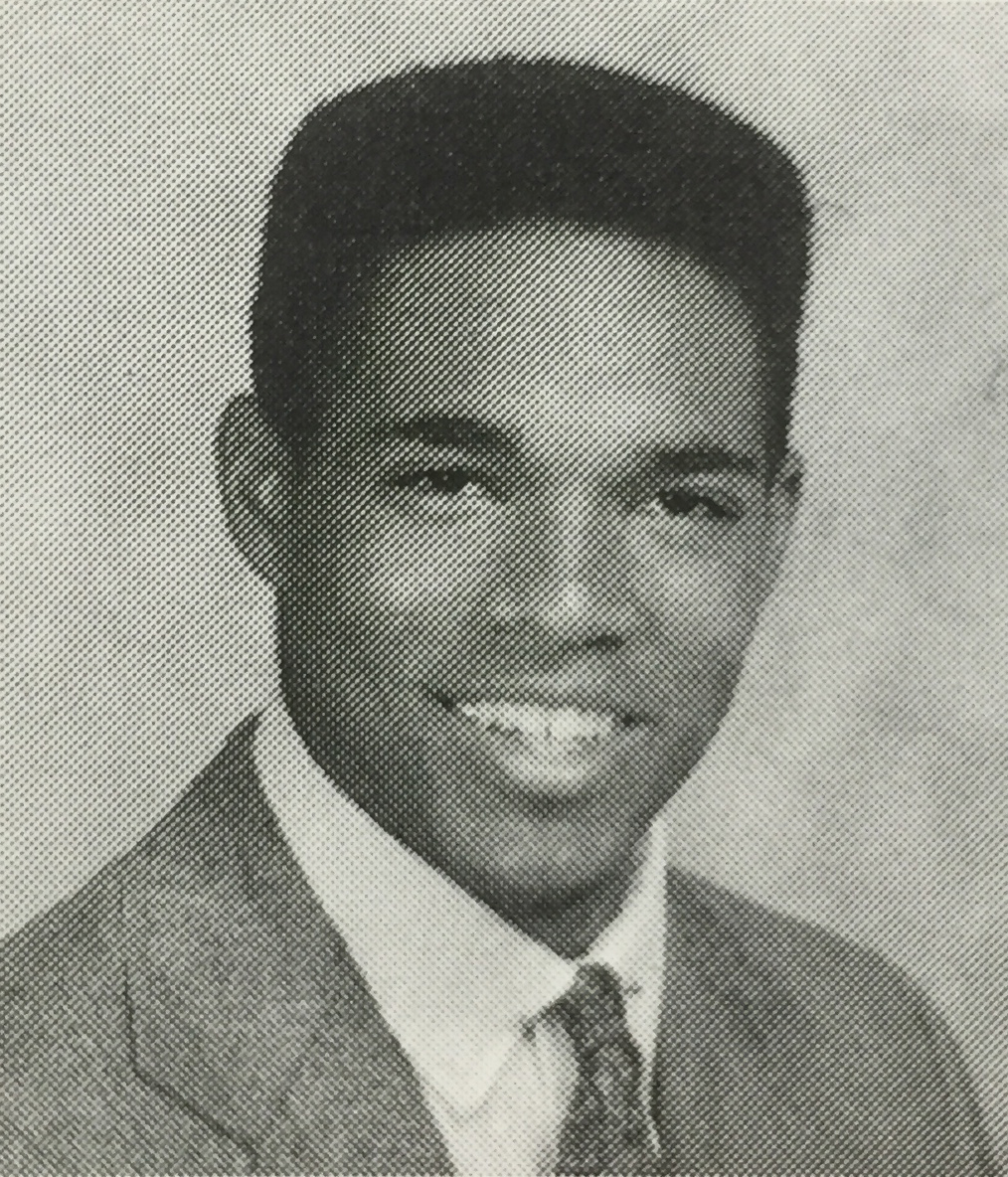 Watching his constant outpouring of stage presence, Tucker always knew that George had what it took to make a living out of acting.

“Jason is one of only two students that I ever told ‘I think you can make it,’” she said. “His work here at UVA was uncluttered and honest, commanding quiet attention.”

George learned how to break up emotional scenes into parts the way physical scenes are broken up while learning stage combat. Kelly, who also saw something special in George, teaches this specialized technique.

“I remember Jason having a magic combination of integrity and charm. I still see that in his work today,” she said. “He’s an actor with exquisite skill and an engaging presence.”

After graduating from UVA, George attended graduate school at Temple University, for which Warner helped him prepare. The pair worked together to shape the monologues George performed at his auditions.

“Every working session I had with him was full of laughter and bold discovery,” Warner said. “He is a naturally charming guy, but underneath that charm is power and command.”

George would never have taken that first acting class had it not been for his best friend, an architecture student who convinced George to take the class with him in order to add something creative to their course load so that they wouldn’t get ‘stodgy.’

“My wife teaches at USC right now, and she’s had med school students come in and take her creative writing classes,” he said. “Everybody should do that because it opens up another side of your brain and you have no idea how it will affect the rest of your life.”

For George, everything that happened on Grounds was incredibly influential to his career.

“It’s funny, the very first play I saw at UVA was ‘Cabaret,’ which starred [1992 graduate] Tina Fey,” he recalled. “So the UVA experience definitely primed me for everything after that.”

Out of all of the shows he performed in while at UVA, George said his favorite was August Wilson’s Pulitzer Prize-winning “The Piano Lesson.” He said he thinks about that experience often and would love to have the opportunity to perform in that play again.

“Still, years later, in my professional career that’s one of the projects that I go back to and have incredibly fond memories,” he said.

Regardless of whether students are in the School of Engineering and Applied Science or the McIntire School of Commerce, George encourages everyone to do more than just follow your intended career path.

“Experience other things, because you may find something that you didn’t expect,” he said. “If you’re in the theater department, go take an accounting class because God knows you’ve got to keep your money right when you’re a struggling actor.”

A Year We Will Never Forget: 2019-20 in Review END_OF_DOCUMENT_TOKEN_TO_BE_REPLACED

‘What Will You Carry With You?’ Remarks From UVA President Jim Ryan END_OF_DOCUMENT_TOKEN_TO_BE_REPLACED