U.Va. Alumna Meghan O’Leary To Be Honored for Athletic Excellence 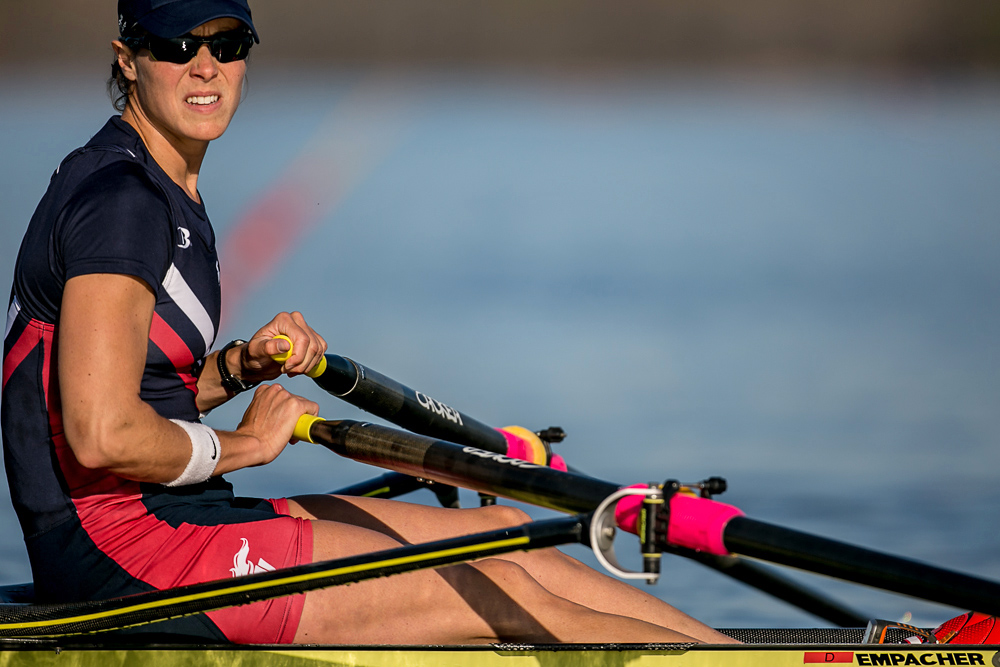 Meghan O’Leary never joined the rowing team while she was a student-athlete at the University of Virginia from 2003 to 2008. She traded softballs for oars on a whim a couple of years after graduating. Now she’s a winner on the water and a 2016 Olympic hopeful in the women’s double sculls.

O’Leary will be honored for National Girls and Women in Sports Day when the Cavalier women’s basketball team hosts Georgia Tech on Sunday at 2 p.m. in the John Paul Jones Arena.

A two-sport student athlete at U.Va., O’Leary played volleyball in 2003 and ’04 and softball from 2005 to ’08. A softball team captain in her final year, she was a Jefferson Scholar and a double major in religious studies and sociology. She was a five-time member of the Atlantic Coast Conference Academic Honor Roll.

National Girls and Women in Sports Day, officially celebrated nationally on Feb. 5, brings attention to the achievements of female athletes and to issues facing girls and women in sports. At U.Va. the event is co-sponsored by the U.Va. Athletics Department and the Maxine Platzer Lynn Women’s Center.

Following graduation, O’Leary was a full-time staff member in production and programming for ESPN.

In 2010, her career took a dramatic turn after she picked up an oar for the first time and discovered she loved rowing. By 2011, she joined the USRowing National Training Center in Princeton, N.J.; she earned a spot on two U.S. senior national teams in 2013 and is an Olympic hopeful for 2016. O’Leary was named the female athlete representative on the USRowing Board of Directors last year.

With teammate Ellen Tomek, O’Leary has represented the U.S. at the last two World Rowing Championships in the women’s double sculls, winning a silver medal in France. They live in Oklahoma City and often train at the Princeton rowing center.

O’Leary will be the featured guest at Sunday’s pregame reception and will be honored on the court at halftime of the basketball game.

National Girls and Women in Sports Day will also feature a pregame sports festival – free with a game ticket – held in the men’s basketball practice court at John Paul Jones Arena. The event will include seven sports stations for youth to visit: basketball, field hockey, football, golf, lacrosse, soccer and volleyball. The festival will take place from 12:30 to 1:45 p.m. Youth completing all seven stations will receive a complimentary T-shirt.

There will be other activities for children in the arena’s main lobby starting at 12:30 p.m., including a photo booth, sign-making station, face painting, balloon artist and inflatable games.

It’s Copperhead Season in Virginia. Here Is What You Need to Know END_OF_DOCUMENT_TOKEN_TO_BE_REPLACED

What’s Next for UVA’s Class of 2022? END_OF_DOCUMENT_TOKEN_TO_BE_REPLACED