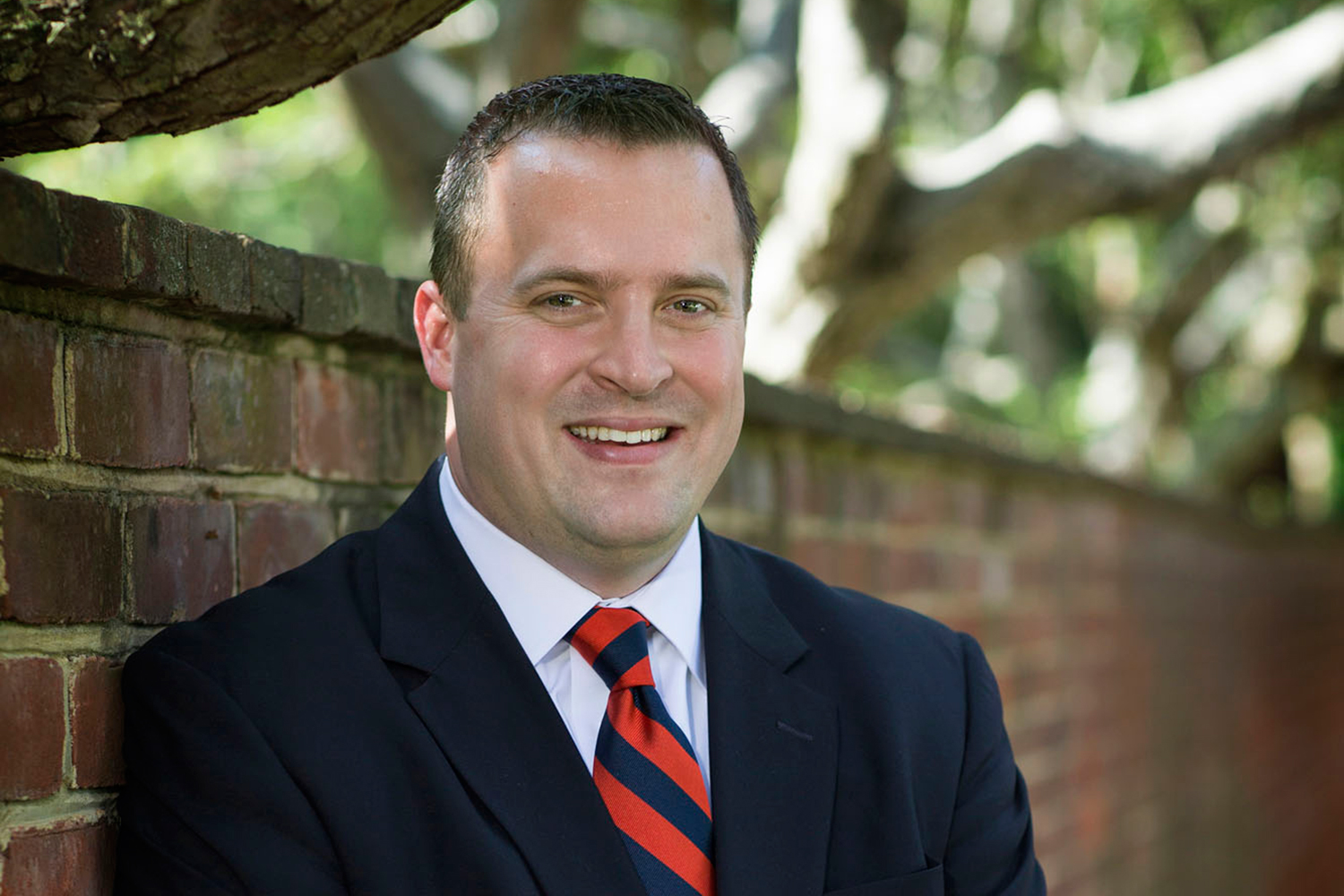 Luellen succeeds Robert D. “Bob” Sweeney, who retires as UVA senior vice president for advancement after more than 25 years of service at the University.

“Mark Luellen is a proven fundraiser, organization builder and campaign planner who can effectively lead a team of outstanding advancement professionals,” said University President Teresa A. Sullivan, who chaired the search committee. “He possesses a unique blend of expertise and energy that will serve UVA well as we embark upon our next century. I am pleased he has accepted this leadership position and I look forward to continuing to work with Mark as we go about the important work of accomplishing unprecedented philanthropic investment in the University.”

The University is in the initial stages of planning its next capital campaign to coincide with its bicentennial celebration. Luellen is charged with oversight of the multi-billion dollar campaign, which will publicly launch in 2019 and continue into 2026, the 250th anniversary of the signing of the Declaration of Independence and the 200th anniversary of Jefferson’s death. A highlight of the bicentennial’s first year will take place Oct. 6, 2017 with a celebration commemorating the 200th anniversary of the laying of the cornerstone of the University’s first building, at which U.S. presidents Thomas Jefferson, James Madison and James Monroe were present.

“We could not have found a better leader than Mark as we embark on the next leg of our University’s journey,” Sullivan said. “Mark is a trusted adviser and administrator who we are confident can continue to shepherd transformational gifts for University-wide priorities. He has already laid much groundwork, playing a crucial leadership role in bringing together the Board of Visitors, deans, senior administrators and affiliated foundations to better accomplish this task.”

Luellen said he is eager to lead the comprehensive campaign to support UVA’s bicentennial celebration.

“The University of Virginia holds a special place in the history of our country and the world, representing the highest ideals of our founder Thomas Jefferson to educate citizen-leaders for the public good,” he said. “I am fortunate for the solid foundation Bob Sweeney put in place on which we can build. The University is poised to bring this exciting campaign to fruition that will meet the future needs of student learning, faculty research, renovation of buildings on Grounds and public service.”

John A. Griffin, chair of the Board of Visitors’ Advancement Committee and a member of the search committee, said Luellen was the ideal candidate to lead the University’s fundraising efforts.

“Mark has demonstrated an unwavering commitment to the University community and its many constituents during his tenure on Grounds and will continue the important work of deepening philanthropic investment and fostering collaboration to advance the University’s mission,” he said.

During Sweeney’s long tenure at the University, he orchestrated funding initiatives totaling more than $5 billion. In addition, he has planned and implemented two of the largest campaigns in the history of public higher education. In 2000, Sweeney helmed a successful campaign for $1.43 billion – at the time, the largest amount ever raised by a public university. In 2013, UVA completed a $3 billion fundraising effort that, at the time of its announcement, was the largest ever attempted by a public or private university. A hallmark of that campaign was the establishment of UVA’s newest school – the Frank Batten School of Leadership and Public Policy – with a $100 million lead gift.

“On behalf of the University, I would like to express our deepest appreciation to Bob for his long-time commitment to UVA and his countless and important contributions as senior vice president for advancement,” Sullivan said. “He has provided many opportunities for students, faculty, staff and those who contribute to the University to come together and transform this institution into the special place that it is today. We will be forever grateful for his efforts to advance the mission of UVA.

“I also want to express our gratitude to the members of the search committee for their focus and energy in finding the next vice president for advancement as UVA begins its third century,” Sullivan added.

Since joining UVA in 2014 as associate vice president for development, Luellen has led a team of 70 fundraising professionals within University Advancement. Before joining UVA, he worked with Pennsylvania State University’s College of the Liberal Arts, rising from a junior major gifts officer to leading the college’s advancement organization, which surpassed its $105 million goal nine months ahead of schedule. Luellen received Penn State’s 2014 McKay Donkin Award, presented annually to a full-time member of the Penn State faculty and staff, or a retiree, who has contributed the most to the “economic, physical, mental or social welfare of the faculty.”

He graduated from Allegheny College in Meadville, Pennsylvania with a Bachelor of Arts degree in English.

More information regarding University Advancement can be found online here.

Fall Is in the Air on Grounds END_OF_DOCUMENT_TOKEN_TO_BE_REPLACED