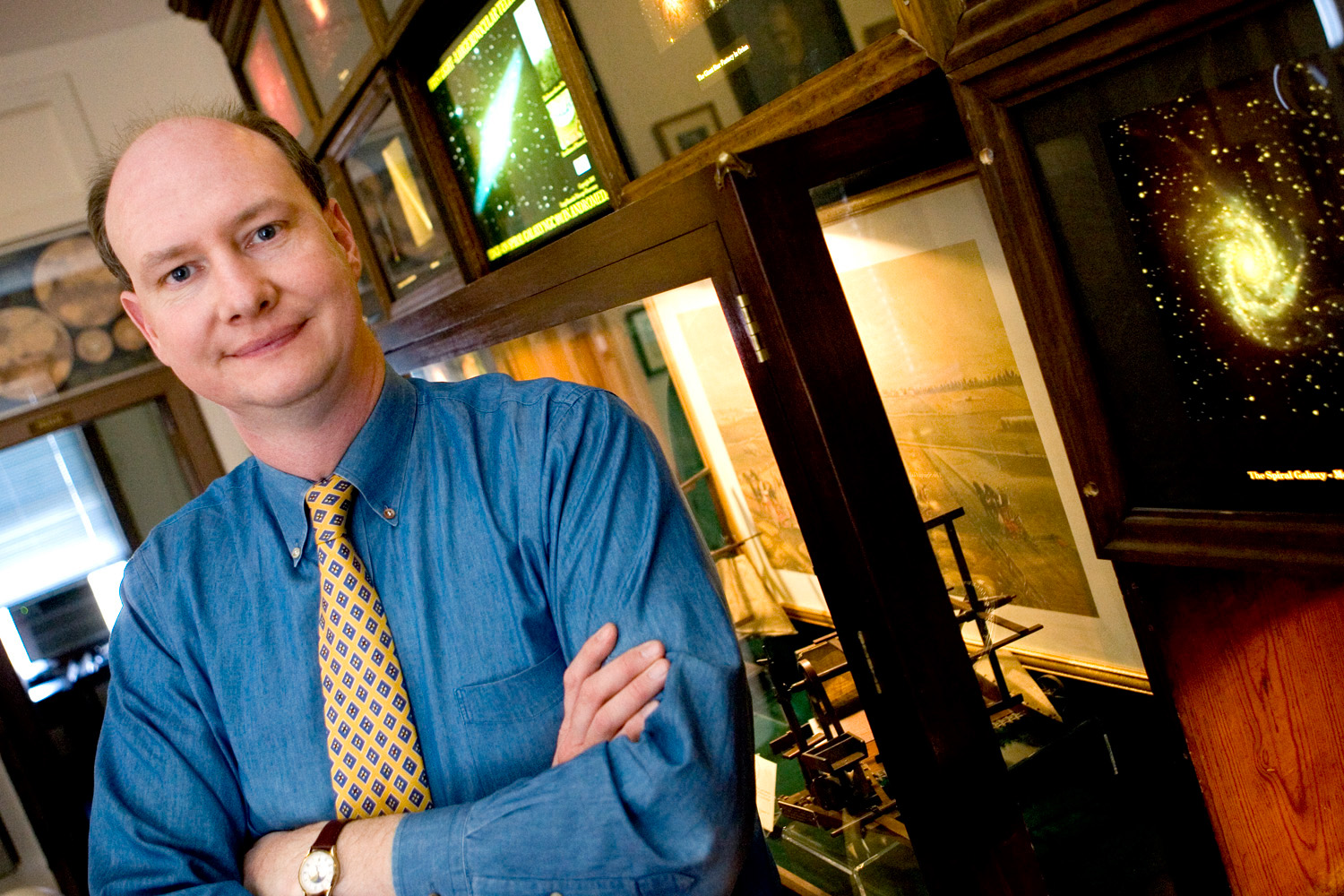 February 28, 2008 — If your watch is slow by one second per day, most likely you won't notice. But after six months, you'll be getting to meetings three minutes late. After a year, you'll be behind time by about six minutes. Most likely you'll reset your watch.

That is exactly what we are doing with our calendar Friday, by adding an additional day to February. Feb. 29 is "leap day." Three out of four Februarys have only 28 days.

"By adding a day to February, once every fourth year, we are synchronizing our calendar to the seasons, the workings of nature," says Ed Murphy, associate professor of astronomy. He came up with the watch analogy to show why it's so important to keep time.

"The reason we add a day to the calendar every fourth year is because the length of time it takes the Earth to orbit the sun, what we call a year, is not exactly 365 days," he says. "It's actually about 365-and-a-quarter days. But a day on earth is 24 hours, the amount of time it takes for the Earth to rotate on its axis. So the two are out of synch. We make up for the additional quarter-day each year by adding a full day – leap day – to the calendar every fourth year. Otherwise our calendar would slowly slip through the seasons."

But why do we add a day to February, rather than some other month? As with everything, there's history.

The ancient Egyptians were among the first to realize that a year is a quarter-day longer than 365 days. Around 238 B.C., King Ptolemy III proposed adding an extra day every fourth year to the calendar, but, against all common sense, the priests of the time were opposed, so this didn't happen.

A couple hundred years later, the expanding Roman Empire used various calendar systems in different places. But in 46 B.C., Julius Caesar united the empire under a single calendar (what came to be known as the Julian Calendar) — which, like the model proposed by Ptolemy III, added an additional day every fourth year.

That day was added to the last month of the year, which, at the time, was February. The new year began in March back then, but Julius Caesar further reformed the calendar by moving the start of the new year to Jan. 1 — a date closer to the winter solstice — an earlier reform that had been widely ignored.

"The calendar he instituted is essentially the same calendar we use today," Murphy says.

But as functional as that calendar is, it is not perfect. The astronomical truth is, the Earth orbits the sun in 365 days, 5 hours, 48 minutes and 45 seconds – a little less than a quarter-day. So an additional day every four years still does not quite match up to nature. By the year 1582, the Julian Calendar was off by 10 days. Further adjustments were in order.

"That is the Gregorian Calendar that we use today. It is accurate to the day for 3,323 years. We're not likely to see it reformed any time soon."