The Apache Point Observatory Galactic Evolution Experiment, a major survey of the stars in our home galaxy led by University of Virginia astronomers, has now played a key role in a totally unexpected way – by shedding new light on faint objects known as brown dwarfs.

These curious objects are too small to be stars, but too large to fit the common definition of planets. The existence of such objects was theoretically predicted by emeritus UVA faculty member Shiv Kumar in 1962, but they were not proven to exist until 1995.

In a new paper published last month in The Astronomical Journal, a team of astronomers led by Department of Astronomy graduate student Nicholas Troup has thrown cold water on one of the long-mystifying aspects of brown dwarfs – that they seem to rarely exist as close companions to other stars. UVA faculty members Steven Majewski, Michael Skrutskie and John Wilson in the Department of Astronomy collaborated on the findings as part of the team of scientists from the Sloan Digital Sky Survey, which runs the star survey, better known in the astronomy community as APOGEE. 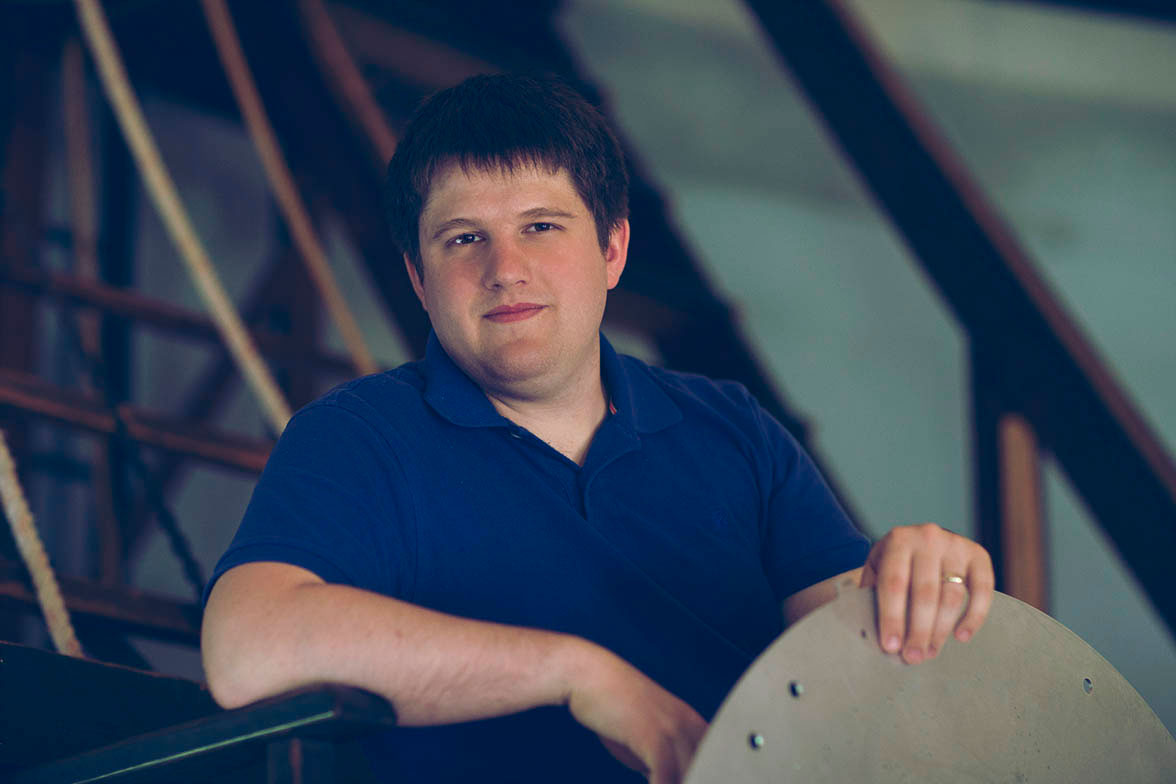 Astronomers had long expected that the universe would be teeming with brown dwarfs, and plenty have been found in isolation. Until recently, however, so few brown dwarfs have been found orbiting close to other stars that astronomers referred to the phenomenon as the “brown dwarf desert.” This created a problem for theorists, who have been scrambling to explain why astronomers have found so few. So when Sloan Digital Sky Survey astronomers started sifting through their data looking for companions to stars, they never expected such a bountiful harvest.

While only 41 close-in brown dwarf companions to stars had been detected previously, in their new work Troup and the Sloan astronomers report the discovery of 112 more. 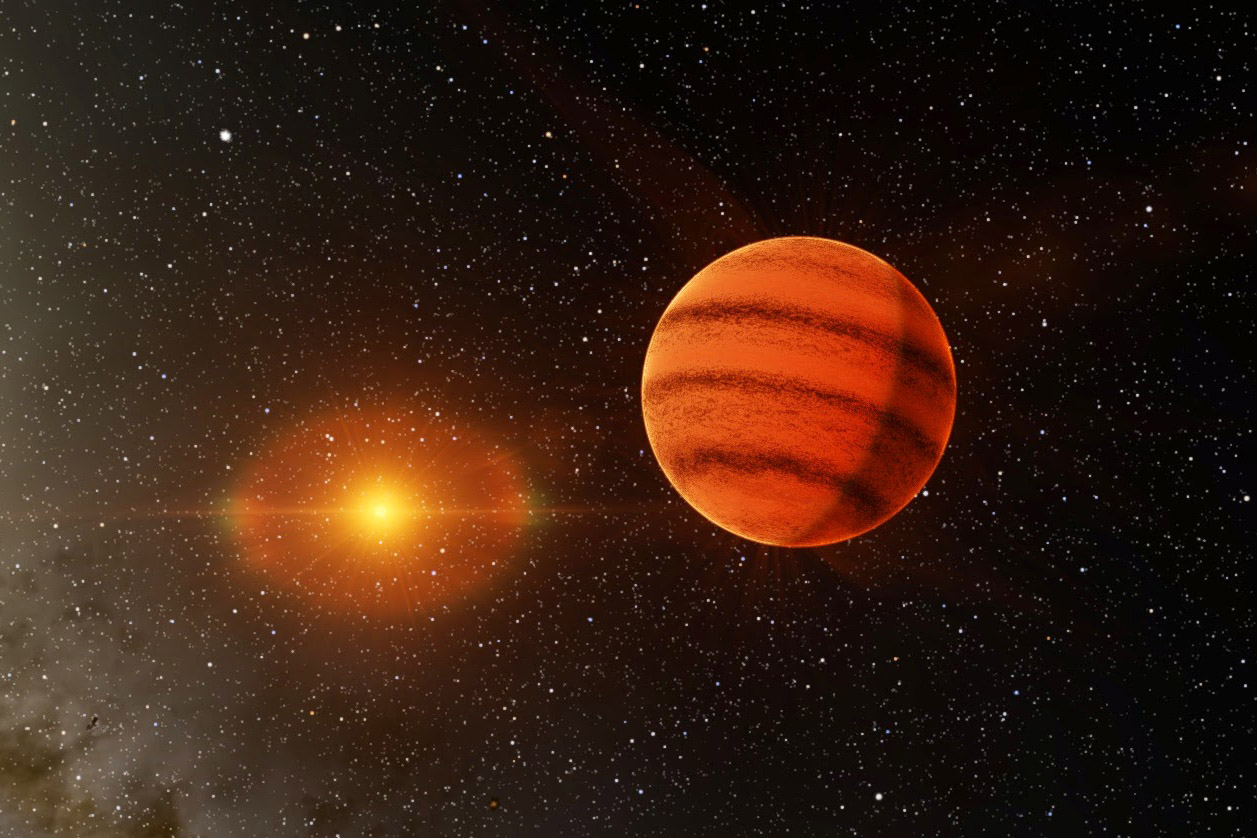 An artist&amp;#039;s impression of a brown dwarf orbiting a star cooler than the sun.

Even in recent years, as new and sensitive detection techniques have allowed astronomers to discover thousands of even smaller extrasolar planets, brown dwarfs have remained elusive. The team’s success is due to an unlikely tool in the race to find low-mass stellar companions.

While APOGEE was designed to measure the grand motions of stars speeding around the Milky Way, it was never intended to do so at the subtle precisions needed to detect the much tinier wobbles induced by small sub-stellar companions. But the UVA-designed spectrograph at the heart of the APOGEE project is so sensitive to small stellar motions that companions orbiting these stars can be detected with APOGEE data.

“This level of precision was a serendipitous bonus of the design of the APOGEE spectrograph,” said Wilson, leader of the APOGEE instrument team. “The entire instrument is contained in a laboratory separated from the telescope and within a giant steel vessel in a vacuum at minus-320 degrees Fahrenheit; otherwise, the instrument’s own heat would swamp the infrared signals from the stars.”

This tightly controlled environment makes it possible to use the APOGEE instrument to measure Doppler shifts reliably and consistently over the course of months and years, a feat not achievable by many other spectrographs. It is with these precise Doppler measurements that brown dwarf and exoplanet companions can be detected by their gravitational tugs on their host star. UVA Ph.D. alumnus and Sloan scientist David Nidever, now affiliated with the University of Arizona, was responsible for writing much of the software that measures the Doppler motions in APOGEE spectra.

“Even with the first data obtained a few years ago, it was clear that we could use APOGEE to detect the signatures of planet-sized objects around our target stars,” Nidever said. “It definitely opened our eyes to the possibilities of doing a more systematic search for planets and brown dwarfs.”

To undertake such a search, the team started with the 150,000 stars that APOGEE had observed. The astronomers winnowed that collection of stars down to a “prime sample” of about 400, representing the best examples of stars with companions in the APOGEE data. Among these, they identified about 60 stars with evidence for planetary-mass candidates.

But the real surprise came with the researchers’ extraordinary haul of 112 brown dwarf candidates – about three times as many than had been found in the previous 15 years.

Why has the APOGEE team been so lucky in finding this oasis of brown dwarfs? Troup thinks it may have to do with the types of host stars that they are looking at.

“Most people doing planet searches have been interested in finding the next Earth, so they’ve focused their efforts on stars similar to the sun,” Troup says. “But we had to work with the stars that APOGEE surveyed, which are mostly giant stars.”

The reasons why brown dwarf companions are more common around giant stars is just one of many new questions raised by this new study that the Sloan team is investigating. And the team will continue to test its results with the ever-growing flow of APOGEE data.

“It’s completely unprecedented that this many brown dwarf companions have been found at once, so we are anxious to see if the trend persists as the APOGEE sample grows to several times larger,” Troup said.

“This new result is yet another demonstration of the remarkable and unexpected returns one can achieve with investments in novel, state-of-the-art instrumentation that pushes the frontiers of scientific exploration,” said Majewski, APOGEE’s principal investigator.

When Less Is More: How Harnessing the Power of Subtraction Can Add to Life END_OF_DOCUMENT_TOKEN_TO_BE_REPLACED