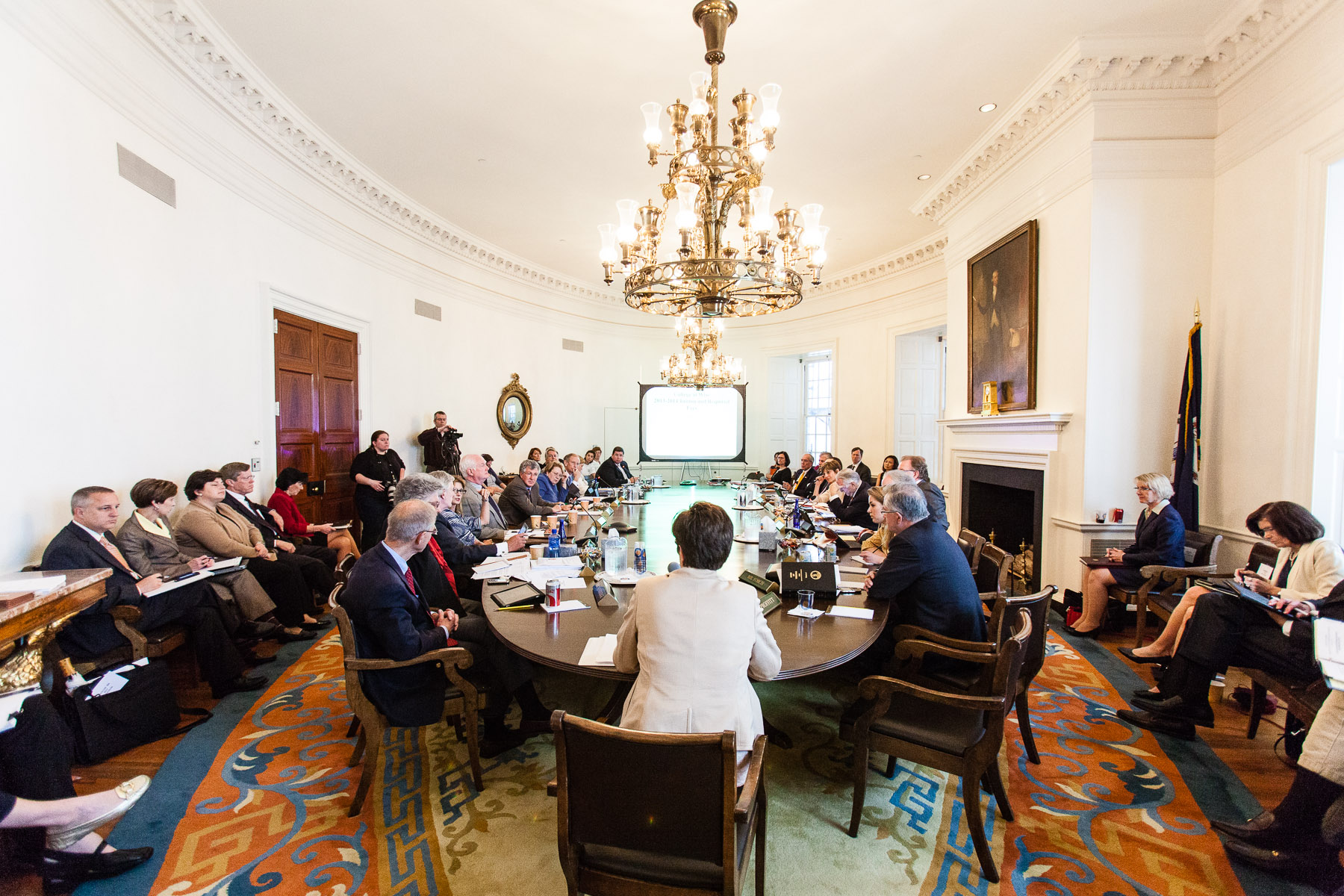 The University of Virginia Board of Visitors voted Thursday to set tuition and fee rates for the 2013-14 academic year.

The new structure allows the University to advance its academic mission while remaining responsive to concerns about the affordability of a college education and absorbing increased costs mandated by the state.

The total cost of education, which includes tuition and fees, first-year orientation fee, room and board, books, travel and miscellaneous expenses, is projected to be about $26,100 for an in-state student, or an increase of 2.9 percent. The projected total cost for an out-of-state student will increase by 4.3 percent, to about $53,800.

The University projects that about 34 percent of its in-state students will qualify for some kind of financial aid, with about 31 percent of out-of-state students projected for aid. After factoring in grant aid, the average net price for a first-year undergraduate Virginia resident is expected to be $14,723. The average, first-year net price for a non-Virginian after factoring aid is $28,491.

Discussion among board members revolved around the sensitivity to limiting tuition increases out of concern for Virginia families, while also acknowledging the need to keep pace with rising costs and inflation and invest in measures that will improve academic quality, such as improving faculty pay. The Board of Visitors in February endorsed a resolution supporting a raise in average faculty pay into the top 20 of U.Va.’s Association of American University peers in the next four years. U.Va. is currently ranked No. 34.

At Thursday's meeting, the board and administration also noted that the state has approved faculty and staff compensation increases for the coming year. However, the University must cover a portion of those costs.

Executive Vice President and Chief Operating Officer Patrick Hogan confirmed that funding equal to 3 percent of the 3.8 percent tuition-and-fee increase already is earmarked for new costs such as state mandates, and that does not account for the cost of inflation, projected at 1.8 percent. Hogan added that the University has identified $4 million in savings through cuts and operating efficiencies this year, which it plans to use to help fund a plan to raise faculty salaries in the coming years.

The board approved the tuition-and-fee structure 14-2, with Rector Helen E. Dragas and Dr. Edward D. Miller casting the dissenting votes.

Board members also approved the final year of a three-year phase-in of a tuition differential for the McIntire School of Commerce, which includes increasing the school’s tuition and fees 9.1 percent for Virginians to $17,458, for students’ third and fourth years.

Tuition for students in the School of Engineering and Applied Science will be increased by $2,000 per year, in addition to a 3.9 percent base increase, and will be phased in over four years. In 2013-14, first-year state residents will pay $14,458 in tuition and fees and non-Virginians will pay $41,844.

A Year We Will Never Forget: 2019-20 in Review END_OF_DOCUMENT_TOKEN_TO_BE_REPLACED

‘What Will You Carry With You?’ Remarks From UVA President Jim Ryan END_OF_DOCUMENT_TOKEN_TO_BE_REPLACED