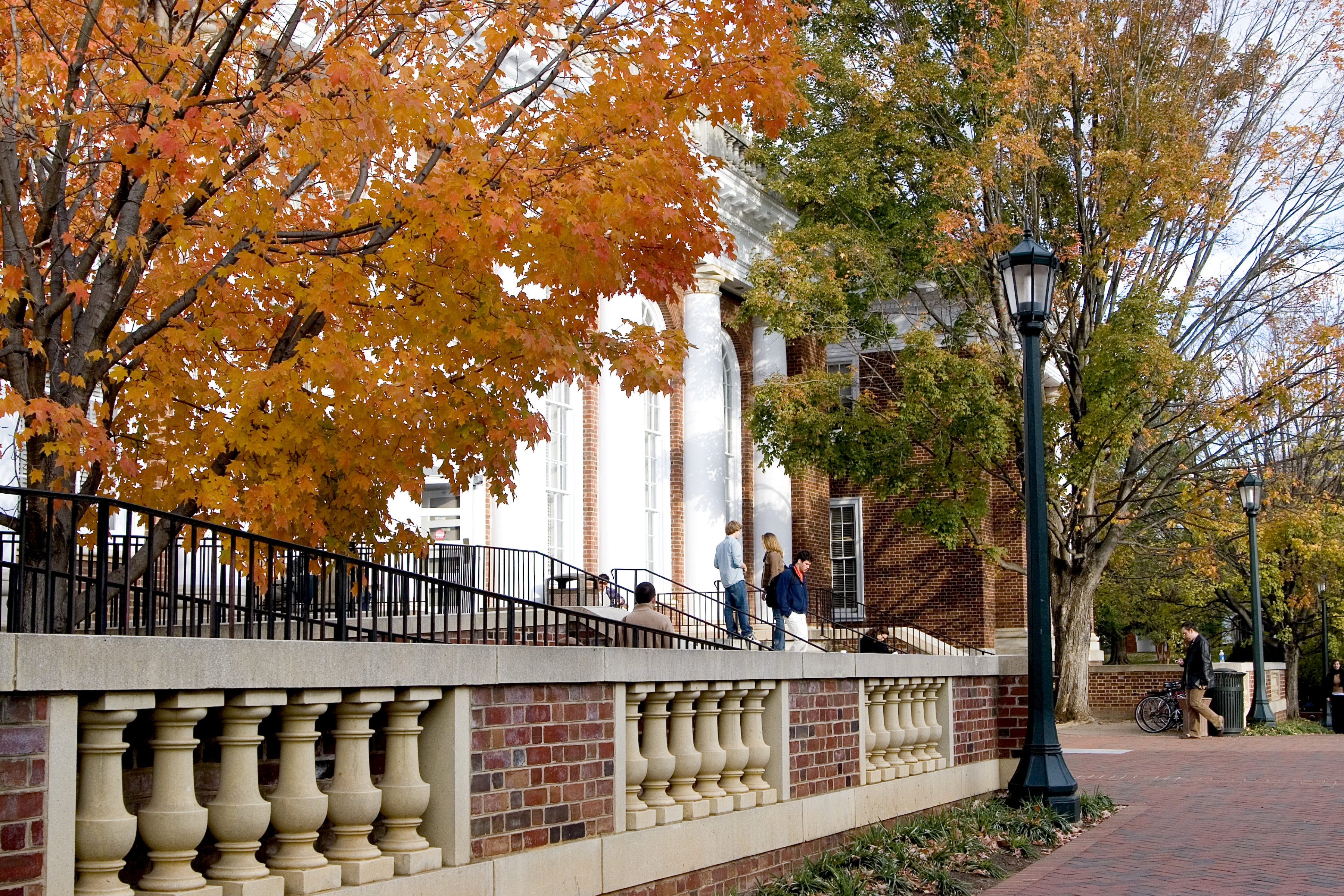 The University of Virginia’s Alderman Library has evolved over the decades, but while it continues to add contemporary features to meet the technological needs − and appetites − of students, faculty and other visitors, one thing hasn’t changed: the library’s role as a welcoming center of the University’s academic life.

On Wednesday at 4 p.m., students, faculty and other patrons will gather at the Harrison Institute and Small Special Collections Library auditorium to celebrate the 75th anniversary of Alderman Library’s formal dedication and opening. Organized by the student-run U.Va. Library Council, an advisory group that works with the University of Virginia Library, the event will feature presentations by University History Officer Alexander G. “Sandy” Gilliam Jr., Dean of Students Allen W. Groves and Dean of Libraries Karin Wittenborg.

Speakers will discuss the historical significance of Alderman Library and its present role, as well as ideas for the future of the beloved building.

“I love the other libraries also, but I’ve always felt Alderman is the perfect environment to study,” said Greg Irving, a Library Council member and third-year student in the Corcoran Department of History’s Distinguished Majors Program. “It has a completely welcoming ambience that lets you know you can work and study, making it as easy as possible.”

The afternoon celebration is open to the public and aims to highlight the library’s impact on generations of U.Va. students.

“We’re excited to be commemorating the 75th anniversary of this building, which has held such an important place in the lives of so many students over the years,” said Anne Houston, Alderman Library’s director of humanities and social sciences services. “We hope everyone will turn out to help us celebrate.”

Organizing the event was a student-led effort, with the Library Council collaborating closely with the U.Va. Library.

“We are extremely grateful to the Library Council for their efforts and enthusiasm in organizing this event,” said Kathryn D. Soule, librarian for undergraduate services. “Their dedication to making Alderman's anniversary an engaging and entertaining celebration has been a pleasure to watch.”

Named after former U.Va. President Edwin Alderman, the library houses the University’s collections in the humanities and social sciences, holding an estimated 3 million books. Alderman Library replaced the Rotunda as the University’s central library, and its construction was originally proposed in 1924.

The start of the Great Depression at the end of the decade delayed the project, however, until a grant for a portion of its construction was financed by the Public Works Administration, part of President Franklin D. Roosevelt’s New Deal relief programs.

News of the grant prompted celebrations, according to Virginius Dabney’s “Mr. Jefferson’s University: A History.”

“Joy around the Grounds was spontaneous and uninhibited,” he wrote. “President Newcomb held an impromptu celebration with the library staff under the colonnade east of the Rotunda, at which dignified, urbane Professor Metcalf made history by breaking into a clog dance.” John C. Metcalf, who chaired the library committee, had presided over 14 years’ worth of planning meetings.

Alderman Library was formally dedicated and open for business in 1938 and underwent expansive renovations in 1966. The library’s 21st-century additions include the Scholars’ Lab,  established in 2006 as a research hub where an expert staff helps faculty and students complete cutting-edge digital humanities projects, using geospatial information, 3-D modeling and other technological tools of which Alderman’s builders could only have dreamed.

The café welcoming Alderman Library patrons near the fourth-floor entrance offers visitors another contemporary touch, featuring a menu of bagels, pastries, Java shakes and smoothies as well as a full line of coffee drinks.

Those perks only serve to complement the more traditional academic pleasures of roaming the building’s vast stacks of books and settling in for a good read, Irving said.

After growing up in the small Virginia town of Waverly, Irving recalled retreating frequently to Alderman’s stacks as he adjusted to the accelerated pace of college life. When he felt himself getting stressed out, the books he discovered on philosophy, historical works on the French-Indian War and other favored topics within the humanities helped him relax.

“Alderman was the one place where I could go to do the one thing I found relaxing, which is to go and read books,” Irving said.