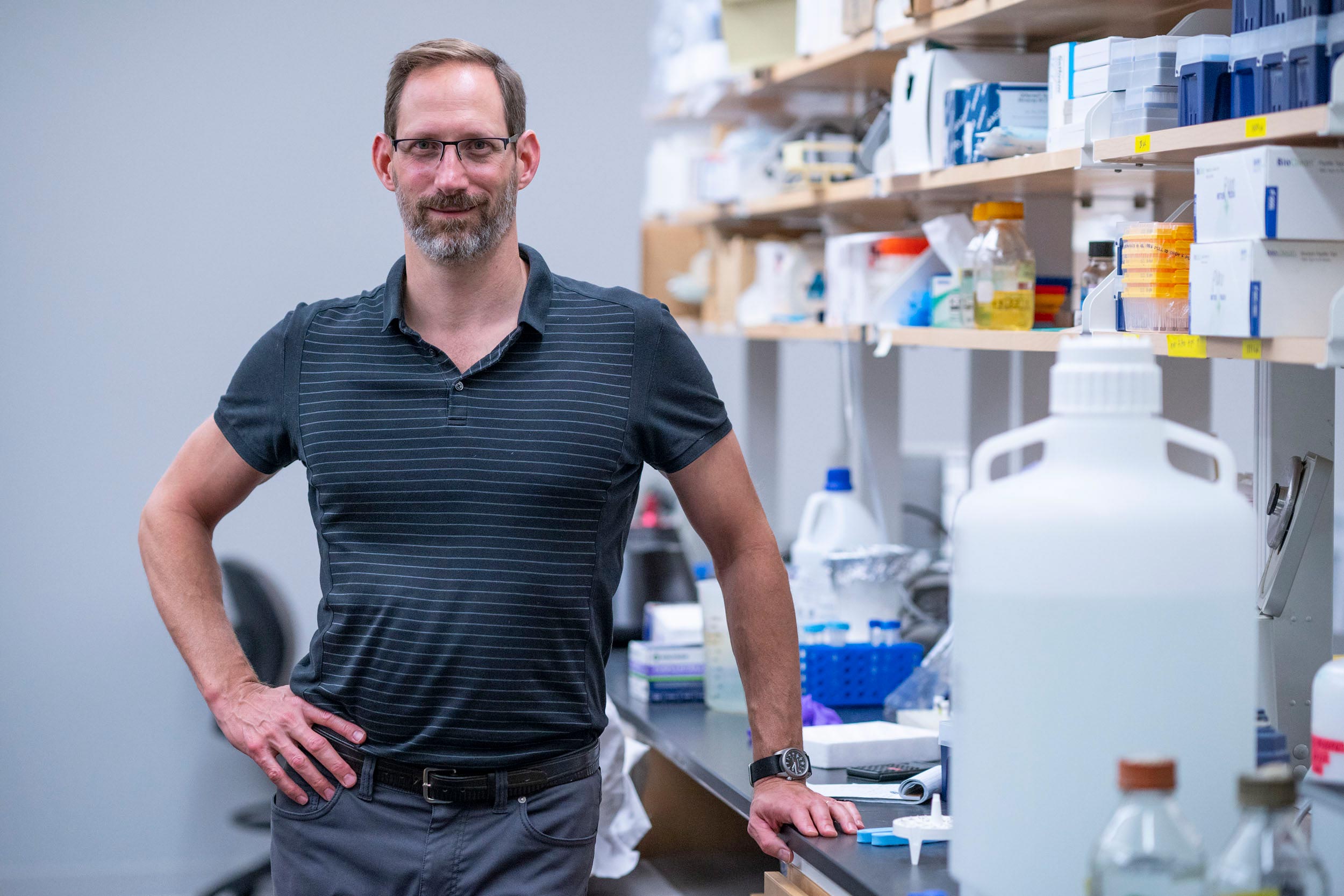 Dan Gioeli is a senior researcher in UVA’s Department of Microbiology, Immunology and Cancer Biology and the UVA Cancer Center. (Photo by Sanjay Suchak, University Communications)

Cancer researchers at the University of Virginia School of Medicine have identified a key to controlling the growth and progression of prostate cancer, the second most common cancer in men. The researchers have dubbed this key “HULLK,” and they believe it could be used to target and stop the progression of a cancer that kills more than 30,000 American men every year.

“We have uncovered a novel non-coding RNA that may drive prostate cancer,” said senior researcher Dan Gioeli of UVA’s Department of Microbiology, Immunology and Cancer Biology and the UVA Cancer Center. “This discovery could lead to new biomarkers of prostate cancer and more effective therapies for advanced prostate cancer.”

HULLK is a form of RNA, which provides the blueprint, or code, to produce proteins. But HULLK is a “noncoding” RNA, which means that it isn’t involved in coding a protein. Instead, noncoding RNAs play important roles in regulating biological processes inside our cells. To be more specific, it appears that HULLK controls the growth of prostate cancer cells.

“It is this data that illustrates the potential of HULLK to function as a biomarker and/or a therapeutic target,” Gioeli said.

The production of HULLK is regulated by the male sex hormones known as androgens; these hormones stimulate its production. Cells that overproduce HULLK – those associated with the most aggressive cases of prostate cancer – were actually “hypersensitive” to androgen, the researchers found.

Early stage prostate cancer has long been treated with androgen deprivation therapy, where the level of androgen is therapeutically reduced. However, this type of therapy has many side effects that some men do not want to experience. Gioeli’s discovery identifies HULLK as a potential target for developing new and better treatments that may avoid these side effects. In addition, the findings could allow researchers to develop blood or urine tests to determine how aggressive a patient’s prostate cancer is prior to treatment. This could prove extremely useful for men who are weighing the pros and cons of their treatment options.

“There is still a lot of research to do on how HULLK functions in order to realize the potential of this discovery in the clinic,” Gioeli said. “We are excited to do that research and translate our basic science discovery into the clinic.”