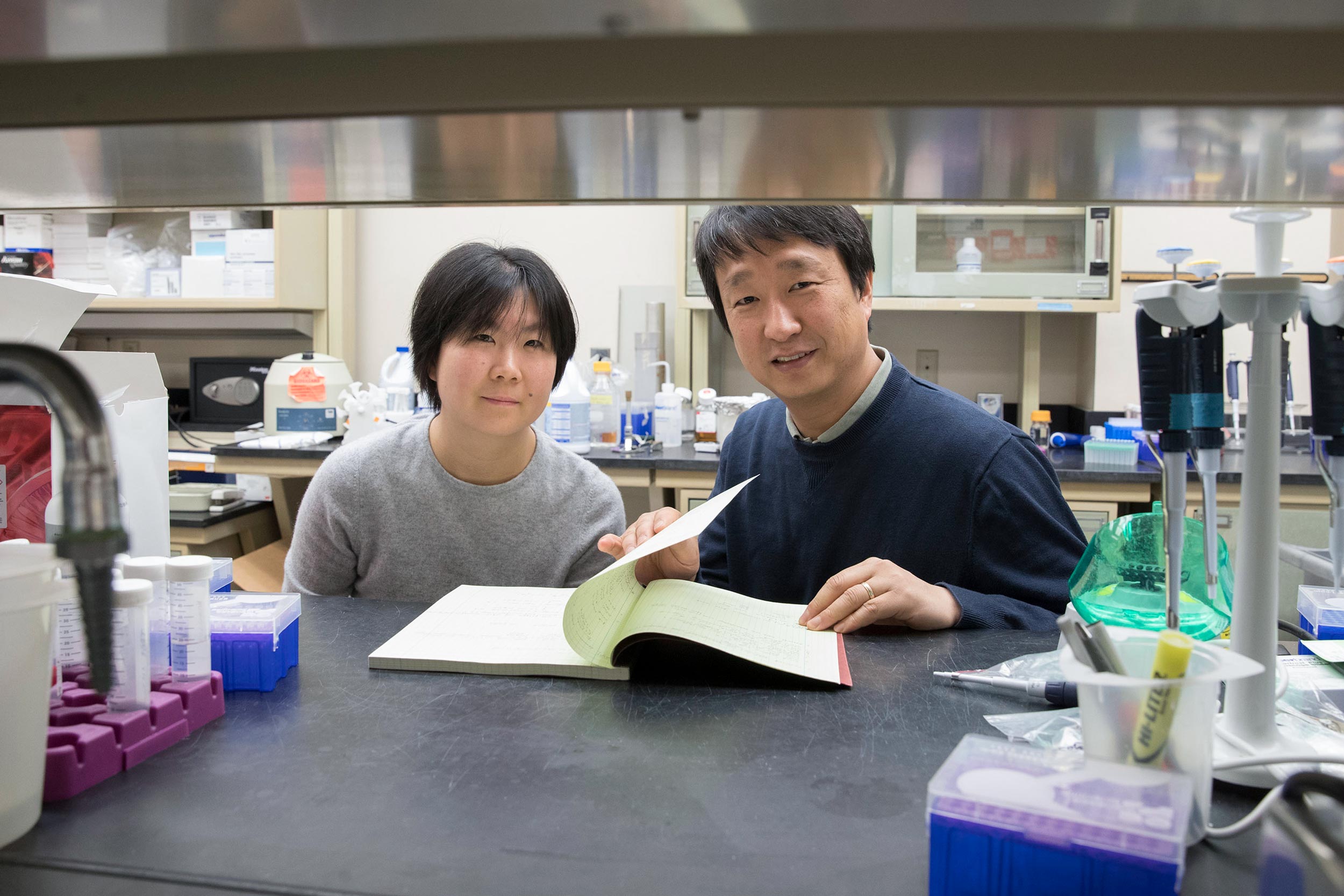 Researchers at the University of Virginia School of Medicine have discovered a new potential contributor to age-related hearing loss, a finding that could eventually help doctors identify people at risk.

The auditory receptors of the inner ear, called hair cells, pick up sounds using a vibration-sensing antenna called the hair bundle. While much research into hearing loss has focused on the hair bundle, UVA’s discovery spotlights the foundations those antennas stand on.

The finding suggests that genetic predisposition can cause this “cuticular plate,” as the foundation is known, to weaken over time. “We find that it [the cuticular plate] is important for the ability of the hair cells to detect sound, but also for the overall vibrations that happen in the cochlea,” UVA researcher Jung-Bum Shin said. “Defects in this cuticular plate appear to lead to progressive hearing loss.”

Shin, of UVA’s Department of Neuroscience, is one of the earliest explorers of the molecular composition of the cuticular plate. Until now, he said, scientists have largely lacked the tools to probe its workings. Shin and his team, however, found an innovative way to investigate what he called “the mechanical foundation on which the skyscrapers of the hair bundles are sitting.”

By identifying a protein particular to the cuticular plate, the team determined that the gene Lmo7 is vital for the plate’s long-term stability in mice. When the researchers blocked the gene’s effects, the mice gradually developed age-related hearing loss. Without the Lmo7 protein, “the structure of the plate is not as strong as it should be,” Shin said. “At some point, the system notices, leading to deterioration of overall function.”

The study was conducted in mice, but Lmo7 is preserved in all vertebrates, which suggests that mutations in Lmo7 could lead to age-related hearing loss in humans. Other genes may also play a role, Shin suspects, as do many other factors. He noted that age-related hearing loss is a complicated condition because there are many contributors, from well-known ones such as exposure to loud noise to lesser-known ones such as consumption of certain drugs.

Sorting out the effects of these various factors is an important, if challenging, task. Shin can imagine doctors one day screening patients to determine their genetic risk.

“Let’s say you are 40 years old. You get your genome sequenced and learn that you carry genetic risk factors for age-related hearing loss,” he said. “You could prepare yourself and minimize your other risk factors, and, at the first signs of hearing loss, you can get hearing aids fitted. We know that hearing loss contributes to dementia, for example. The earlier you act, the better you can counteract hearing loss and some of the devastating side effects.”

For his next steps, Shin plans to continue looking into the effect of Lmo7, particularly with regard to how genetic risk intersects with other risk factors, such as exposure to harmful noise.

This study, led by Ting-Ting Du, a postdoctoral researcher in the Shin lab, was a collaborative effort with other laboratories at UVA, the National Institutes of Health and Stanford University.

The research was supported by the Virginia Lions Hearing Foundation, by the National Institutes of Health’s National Institute on Deafness and Other Communication Disorders (grants DC014254, DC014450, DC013774 and DC01621), and by the NIH/NIDCD Intramural Research Program (Z01 DC000002).

Class of 2020: Memories and Moments From a Long-Anticipated Celebration END_OF_DOCUMENT_TOKEN_TO_BE_REPLACED