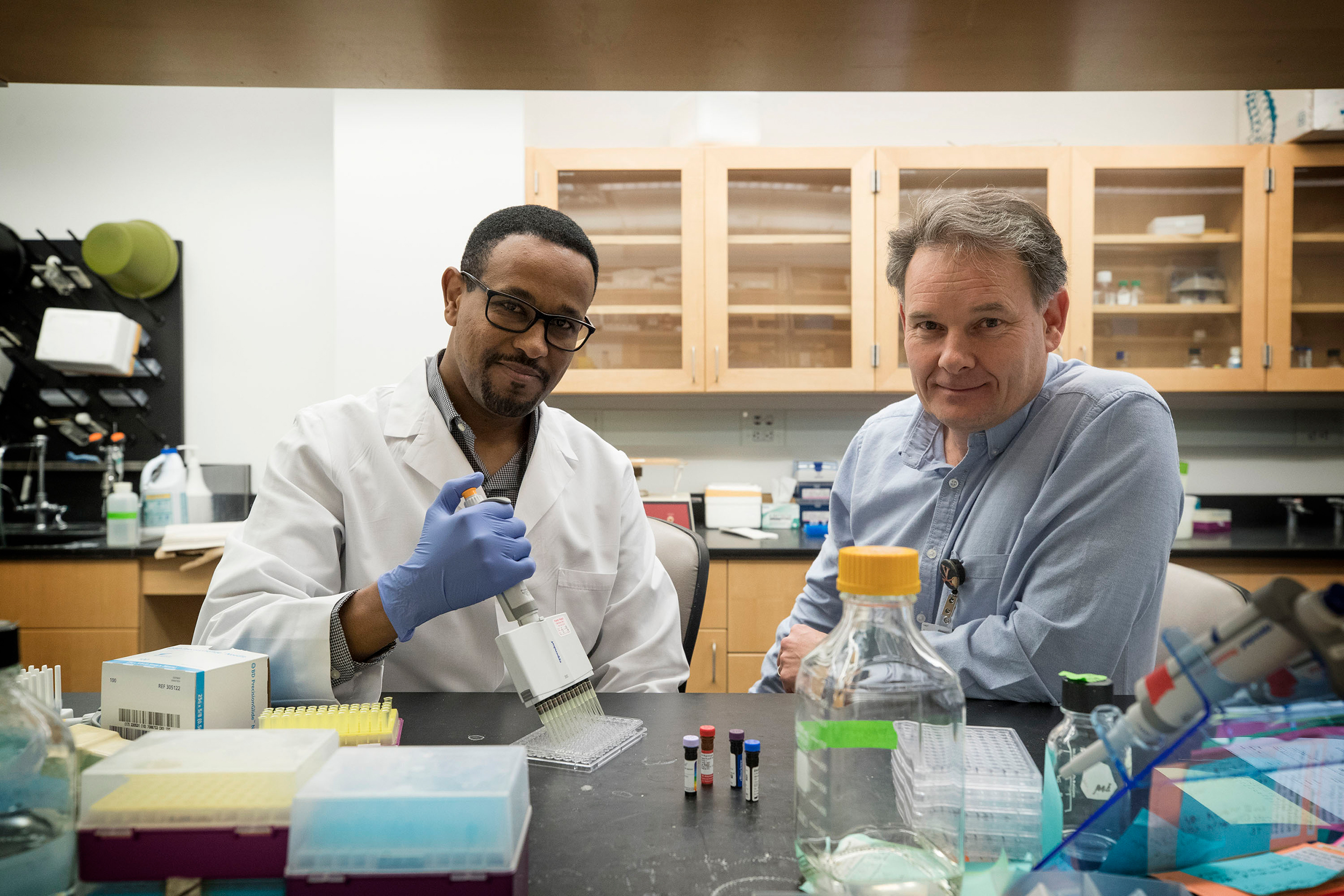 Scientists at the University of Virginia School of Medicine have discovered a defect in immune cells known as “killer T cells” that explains their inability to destroy cancer tumors. The researchers believe that repairing this defect could make the cells much better cancer killers.

Further, they predict their discovery could be used within three to five years to help identify patients who will best respond to cancer therapies.

The finding could be a significant boost to the burgeoning field of immunotherapy, which aims to harness the body’s immune defenses to defeat cancer. The discovery could also let doctors better predict and assess how well a patient responds to treatment.

“For a long time, the presence of immune cells in cancer has been associated with a better outcome in patients, but it’s not really been clear why the immune cells haven’t been able to control the cancer. What is the cancer doing?” said researcher Timothy Bullock of the UVA Cancer Center. “This [finding] gives us plenty of opportunity to come in with interventions to invigorate these T cells and level the playing field substantially so they’re much more competitive.”

Despite their fearsome moniker, “killer” T cells often become inactive in solid tumors. UVA’s new research sheds light on why. Bullock and his team determined that these sluggish soldiers suffer from a dysfunctional enzyme, enolase 1. Without it, they cannot use a vital nutrient, glucose.

“There is a functional defect in this enzyme that is preventing the cells from breaking down glucose and using it in such a way that they can proliferate and become functional,” researcher Lelisa F. Gemta explained. “They don’t process it well, and that’s what we’ve been digging into: to find out why do these cells take up glucose, but fail to break it down.”

By amping up the effectiveness of the enzyme, the researchers believe they can make the killer T cells much better at killing cancer. The sluggish soldiers would become much more formidable fighters.

The researchers also believe that doctors will be able to examine the enzyme to predict how well a patient will respond to an immunotherapy treatment.

“I think that there is an opportunity to actually use this enzyme as a read-out for the quality of the T cells that are in the tumor, so that when a physician comes in with a clinical trial, we can theoretically analyze how the T cells metabolically compare within the tumor,” said Bullock, of UVA’s Department of Pathology. “It’s almost a biomarker of immune function and fitness within the tumors.”

The research is part of UVA’s aggressive efforts to advance the field of immunotherapy. For example, it is conducting a leading-edge clinical trial of an experimental immunotherapy for pediatric acute lymphoblastic leukemia that has resisted other forms of treatment. The approach, known as chimeric antigen receptor T-cell therapy, takes a child’s own immune cells and genetically modifies them to make them better at killing cancer.

By confronting the defect they have discovered and making these T cells fitter, Bullock hopes that his new discovery will complement such emerging treatments and make them more effective. The finding, he notes, also might be put to use one day to dampen excessive immune responses, such as are seen in autoimmune disorders.

What’s Next for UVA’s Class of 2022? END_OF_DOCUMENT_TOKEN_TO_BE_REPLACED