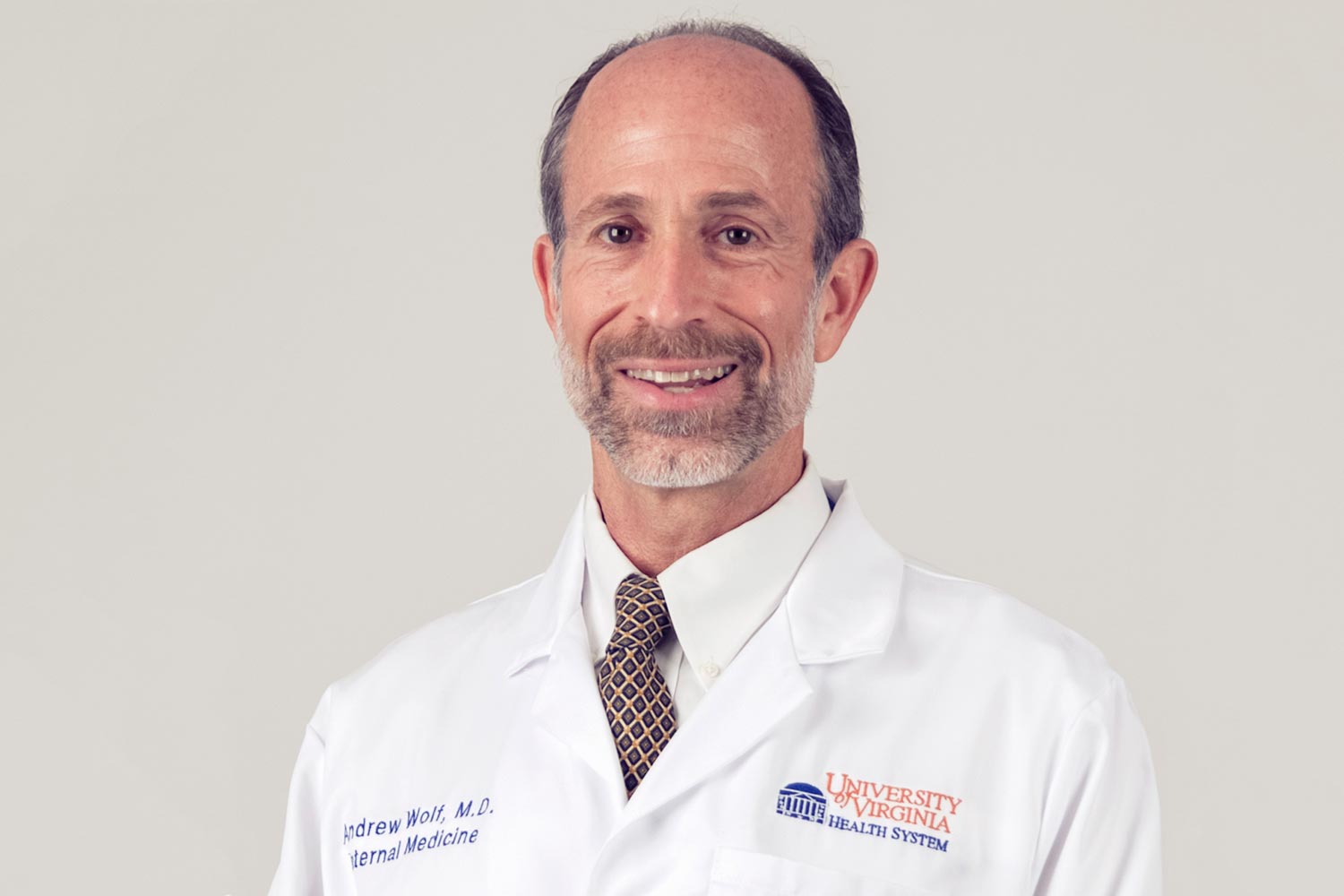 The American Cancer Society has announced significant new guidelines for colorectal cancer screenings, and a major contributor to the new protocol is the University of Virginia School of Medicine’s Dr. Andrew Wolf.

The previous recommendation for adults was to begin getting regular colorectal cancer screenings at the age of 50. Now the American Cancer Society is telling most people to get their first at age 45.

The new guidelines were developed by a volunteer group led by Wolf, an associate professor of medicine. The group included clinicians, epidemiologists, biostatisticians, economists and a patient representative.

In a press release about the new guidelines, the American Cancer Society said Wolf’s team concluded “colorectal cancer incidence has declined steadily over the past two decades in people 55 and over due to screening that results in removal of polyps, as well as changes in exposure to risk factors.”

But it also found that since 1994, there has been a 51 percent increase in colorectal cancers among those under age 50. Colorectal cancer is the third-most-common cancer diagnosed in both men and women in the United States.

Wolf told USA Today the change in guidelines was recommended after his team detected the rise among younger adults. “We don’t know why it’s going on,” he said, but suggested that obesity and a poor diet may be contributing factors.

As part of the guidelines, the American Cancer Society has also developed new materials to facilitate conversations between clinicians and patients to help determine the best test for colorectal cancer. It could be a colonoscopy or other, less invasive tests.

Wolf’s team writes that lowering the starting age is expected to benefit not only the segments of the population who suffer disproportionately from colorectal cancers – African-Americans, Alaska natives and American Indians – but also those individuals otherwise considered to be at average risk.

“Moreover, epidemiological trends in cohorts as young as those born in 1990 suggest that the higher risk of developing colorectal cancer will be a persistent concern for decades to come,” reads the report.

“We hope that doctors will look at this and at least start discussions of colorectal cancer screening with their 45-year-old patients,” Wolf told USA Today.

The doctor began working with the American Cancer Society in the 1990s and led the development of their 2010 prostate cancer screening guidelines as well as their more recent recommendations on lung and breast cancer screening.

“At UVA, efforts to broaden the scope of colorectal cancer screening are really taking off through the Emily Couric Cancer Center,” he said. “Projects are underway to vastly improve our screening rates, first among our own employees and their families, but also among all of our patients.”

Should Alcohol Have Warning Labels About Cancer Risk? Most Americans Say ‘Yes’ END_OF_DOCUMENT_TOKEN_TO_BE_REPLACED