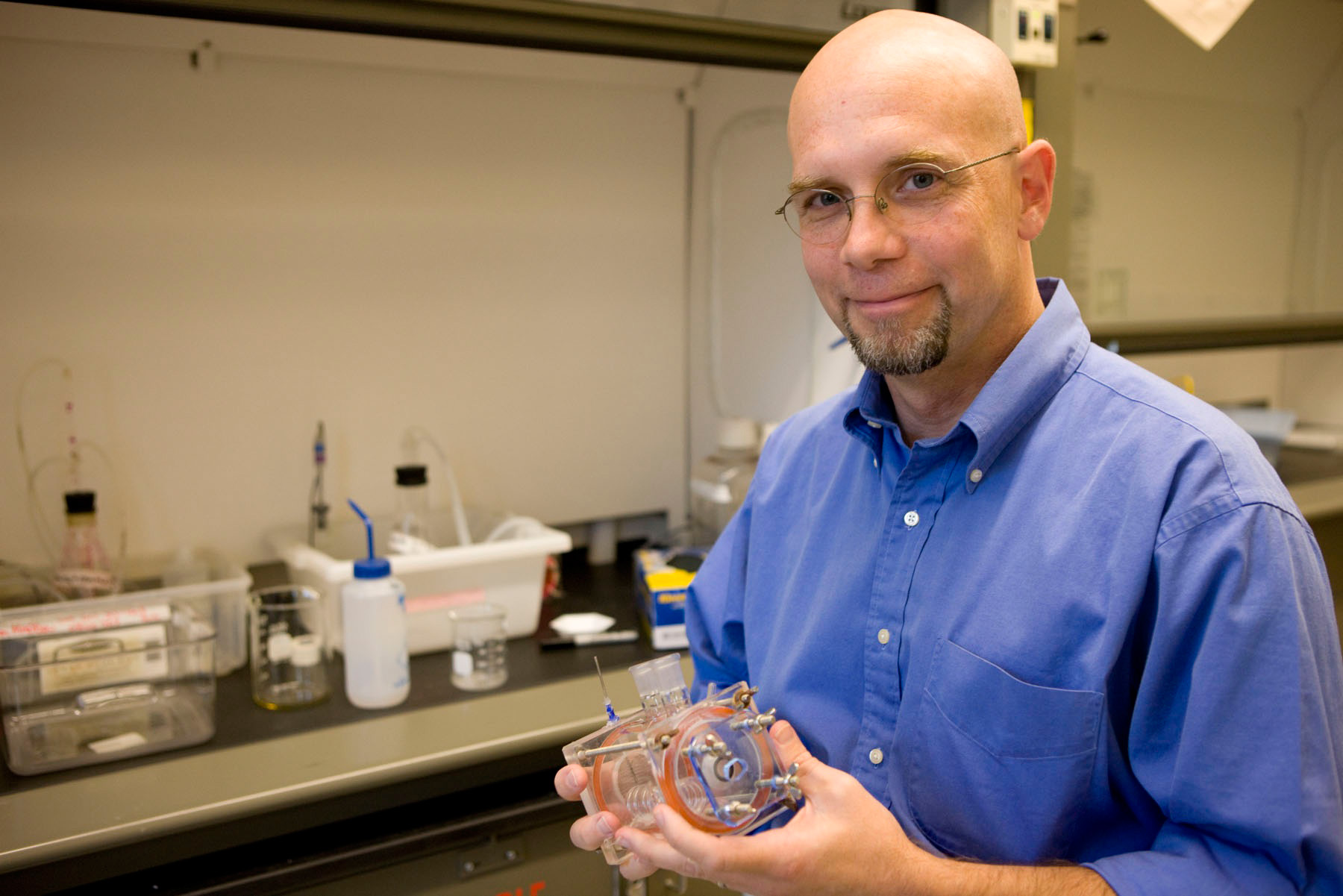 September 10, 2008 — In the late summer of 2003, Rob Kelly, a University of Virginia professor of materials science and engineering, was asked by former Engineering School dean Ed Starke to sit in on a meeting with the designers of a planned memorial to the victims of the 9/11 terrorist attacks on the Pentagon.

Kelly, like Starke, has extensive knowledge of the properties of metals. The designers had some questions about corrosion.

"I was startled at how young they were," Kelly said of the designers, Julie Beckman and Keith Kaseman. "They looked like they were just out of college."

They were, in fact, just out of graduate school at Columbia University, and had recently won an international competition to design the memorial. Their design beat out about 1,100 other entries submitted by architects from around the world.

Beckman and Kaseman proposed a park-like memorial next to the Pentagon wall where the plane struck. The memorial would consist of 184 streamlined metal benches — one for each person who died in the Pentagon attack — inscribed with their names. The benches would be set over individual reflecting pools.

"I was stunned by the beauty of their vision," Kelly said.

Beckman and Kaseman needed to select a metal for the benches that would be highly resistant to corrosion, would shine like chrome for at least 100 years and would not break their budget, which would be funded by private donations.

"This was a classic engineering problem," Kelly said. "Selecting a metal is like selecting a fabric. There are an enormous number of options and considerations. The best solution from one perspective may not be ideal from another.

"Over time, after reviewing countless possibilities, we ultimately selected a type of stainless steel that could be cast according to the designers' specifications, within their budget, and would keep its highly reflective luster and clearly engraved names through the generations."

The world will see the results Thursday, when the memorial is dedicated. About 6,000 people, including family members of the victims, will attend the ceremony. Kelly will be among them.

Afterward, for the first time in the history of the Pentagon, the grounds will be open to the public 24 hours a day so visitors may pay their respects at any time.

"It has been a true honor to work on this project," Kelly said. "It is my hope that the families of the victims, as well as all visitors to the memorial, will find it as a place for remembrance and solace for a very long time to come."

For more on the Pentagon Memorial, visit www.pentagonmemorial.net/home.aspx.

Do You Know the History of Your Favorite Corner Spots? END_OF_DOCUMENT_TOKEN_TO_BE_REPLACED

Netflix to Add Ads. Why This Could Be a ‘Game-Changer’ for Your Viewing Experience END_OF_DOCUMENT_TOKEN_TO_BE_REPLACED

What’s Next for UVA’s Class of 2022? END_OF_DOCUMENT_TOKEN_TO_BE_REPLACED