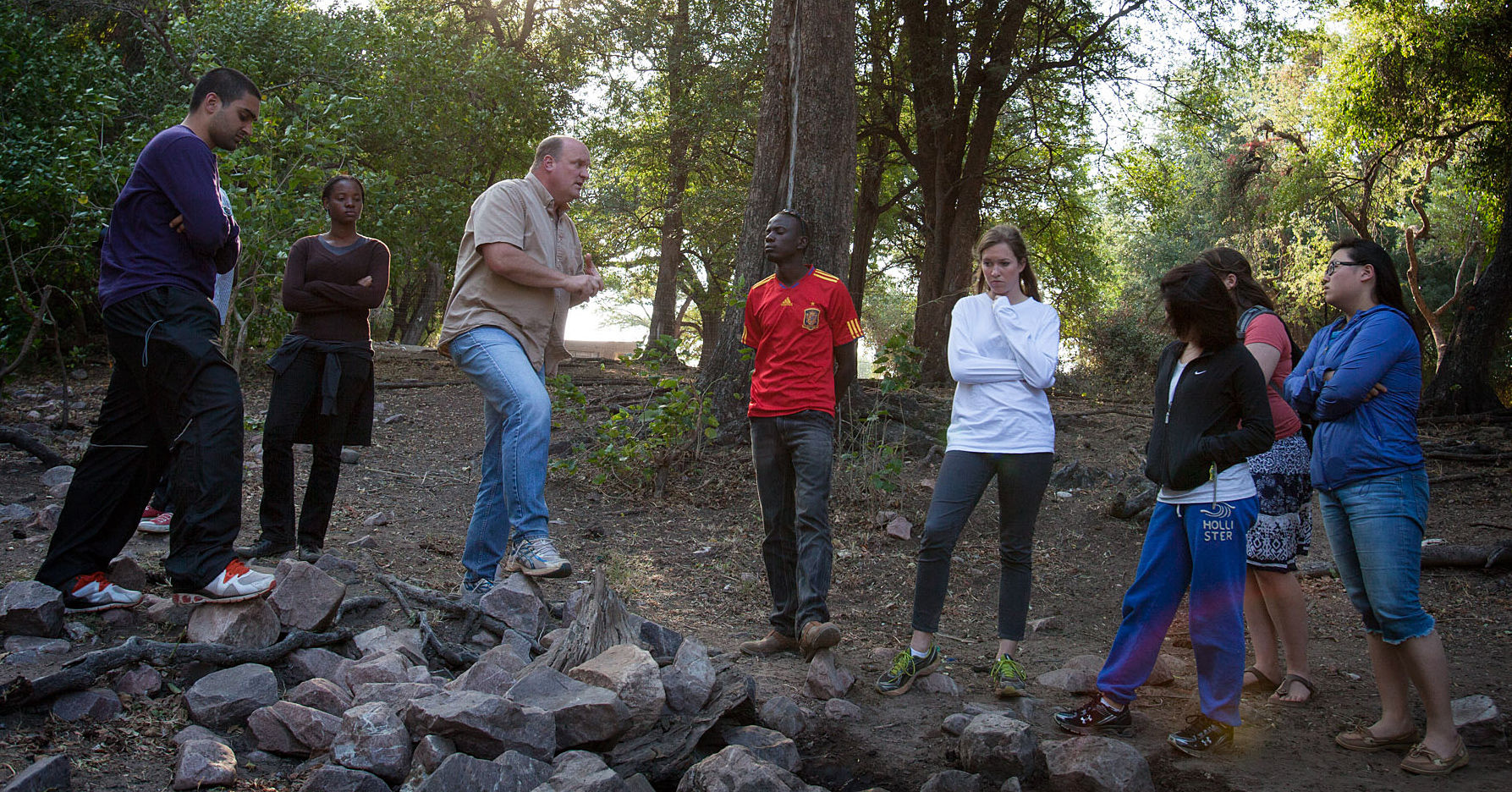 Robert Swap, a research professor of environmental sciences in the University of Virginia’s College of Arts & Sciences, has been named the 2012 Virginia Professor of the Year by the Carnegie Foundation for the Advancement of Teaching and the Council for the Advancement and Support of Education, known as CASE.

The U.S. Professors of the Year program salutes the most outstanding undergraduate instructors in the country – those who excel in teaching and influencing the careers of students. Since 1981, it has been the only national program to recognize excellence in undergraduate teaching and mentoring.

“To be recognized for outstanding undergraduate teaching at the level of the commonwealth as the Virginia Professor of the Year is a singular honor that I will treasure the rest of my life,” Swap said. “This award signifies for me that the art of teaching still lies at the heart of the work that we do in the academy.”

“U.Va. is known for the quality of its faculty and the passion of its professors, who frequently have a life-long influence on their students,” Teresa A. Sullivan, U.Va. president, said. “Bob Swap personifies those qualities. All of us in the University community are proud of him for earning this distinctive honor.”

“In recognizing Robert Swap as Virginia Professor of the Year, CASE and the Carnegie Foundation for the Advancement of Teaching have honored one of U.Va.'s most dedicated and engaging faculty members,” said Meredith Jung-En Woo, Buckner W. Clay Dean of Arts & Sciences. “By sharing his passion for Southern Africa over the years with students through his innovative study-abroad course, Bob has truly helped to shape U.Va. students into responsible citizens of the world.”

Swap has spent most of his career teaching and mentoring students and young leaders, both domestically and internationally. Since 2002, he has traveled to southern Africa to share his passion for the continent with his students. His interdisciplinary study-abroad course, “People, Culture and the Environment of Southern Africa,” shows how closely people and their cultures can connect and impact the environments in which they live.

The course begins in Johannesburg with a total immersion in the culture and environments of South Africa. Throughout the journey, Swap teaches the power of observation, acting as a guide as well as an instructor.

“I consider myself to be incredibly fortunate to have the opportunity to engage undergraduate students throughout their intellectual journey,” Swap said. “To be acknowledged here in Mr. Jefferson’s Academical Village as a teacher who has made a significant impact on the minds and lives of young people is incredibly humbling. It means so much to be recognized for something that one feels so passionately about – and for doing work that brings so much joy and satisfaction.”

Swap earned his bachelor’s, master’s and doctoral degrees in environmental sciences from the University.

“This honor has special significance to me when I reflect upon the individuals who inspired me as a student; the communities who have embraced me as an educator, providing opportunities to teach in diverse settings; and the colleagues who helped mentor me as a teacher,” he said.

The state and national winners of the Professors of the Year awards were announced Nov. 15 at a luncheon event at the National Press Club in Washington. That evening, a congressional reception was held for the winners at the Folger Shakespeare Library.

“My hope is to continue working with students in such a way that catalyzes their intellect and curiosity and sparks their lifelong passion for learning – while at the same time, students and colleagues do the same for me,” Swap said. “It is in this way that I intend to carry on, honoring those in the profession by sustaining my own investment as an educator.”

U.Va. has had previous winners. In 2003, Edward Ayers, at that time a U.Va. professor of history and dean of the College of Arts & Sciences, was named a national winner of the Professor of the Year. Ayers is currently the president of the University of Richmond.

The Carnegie Foundation is an independent policy and research center that supports needed transformations in American education. CASE is a professional association serving educational institutions and the advancement professionals who work in alumni relations, communications, fundraising, marketing and other areas.

A Year We Will Never Forget: 2019-20 in Review END_OF_DOCUMENT_TOKEN_TO_BE_REPLACED

‘What Will You Carry With You?’ Remarks From UVA President Jim Ryan END_OF_DOCUMENT_TOKEN_TO_BE_REPLACED