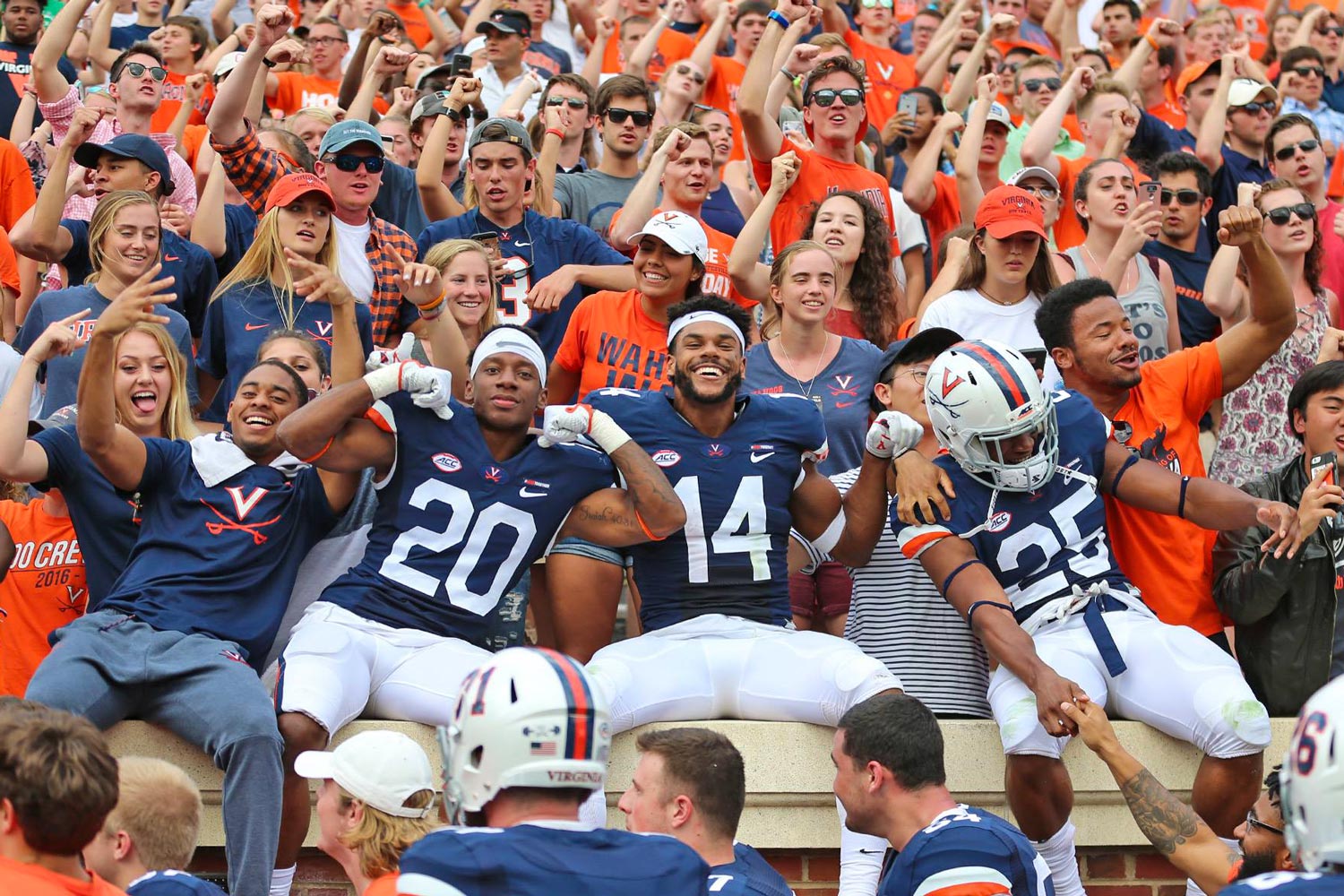 The Virginia football team has accepted an invitation to play Navy from the American Athletic Conference in the 2017 Military Bowl presented by Northrop Grumman at Navy-Marine Corps Memorial Stadium in Annapolis, Md. The game is scheduled to kick off on Dec. 28 at 1:30 p.m. ET and will be televised nationally by ESPN.

The game will mark Virginia’s first appearance in the Military Bowl, which is celebrating its 10-year anniversary with the 2017 game.

The Cavaliers are 6-6 overall. The Military Bowl will mark Virginia’s 19th bowl appearance and first under second-year head coach Bronco Mendenhall. Navy is 6-5 and finished 4-4 in the American Athletic Conference’s West Division. Navy wraps up its regular season on Dec. 9 when it faces Army in Philadelphia.

“To be selected to play in this year’s Military Bowl is a special honor for our team,” Mendenhall said. “This is a defining moment for these players who have worked tirelessly to accomplish this goal of returning Virginia football to a bowl game. The opportunity to play in the shadow of the nation’s capital will be a remarkable way for the team to compete together one more time and to end this season.

“Seeing the joy on the faces of these players when they became bowl eligible after the Georgia Tech win was an incredible moment. The only members of our team who have been to a bowl game are three graduate transfers, so I can assure you our players will enjoy every moment of the experience. They will take great pride in representing our athletics program, the Atlantic Coast Conference and the University of Virginia in Annapolis. We look forward to our alumni and fans joining us for the Military Bowl.”

Virginia’s coach at that time was George Welsh, who guided the Cavaliers from 1982 to 2000 and is the all-time winningest coach in school history. Welsh previously coached Navy from 1973 to 1981 and his 55 victories at the academy are second only to current Midshipmen coach Ken Niumatalolo.

Navy will be making its third appearance in the Capital Region’s bowl game. The Midshipmen lost to Wake Forest, 29-19, in the inaugural EagleBank Bowl at RFK Stadium in 2008 and beat Pittsburgh, 44-28, in the 2015 Military Bowl in Annapolis. This will be Navy’s 14th postseason bowl appearance.

Tickets in Virginia’s block are $90 and $67 (including ticket fees). Virginia Athletics Foundation donors will be eligible to purchase tickets from UVA’s seating block at Navy-Marine Corps Memorial Stadium beginning Sunday, Dec. 3, at 5 p.m. Seats will be assigned at the time tickets are purchased.

The public sale of Military Bowl tickets in UVA's seating block at Navy-Marine Corps Memorial Stadium will begin Monday, Dec. 4 at noon from remaining inventory. Seats will be assigned at the time tickets are purchased.

Tickets may be purchased online at VirginiaSports.com. Tickets may also be purchased by calling 1-800-542-UVA1 or in-person at the Virginia Athletics Ticket Office beginning Monday, Dec. 4 at 9 a.m.

For All of Us END_OF_DOCUMENT_TOKEN_TO_BE_REPLACED