U.Va. Faculty Will Realize Their ‘Dream Ideas,’ Thanks to Mead Grants 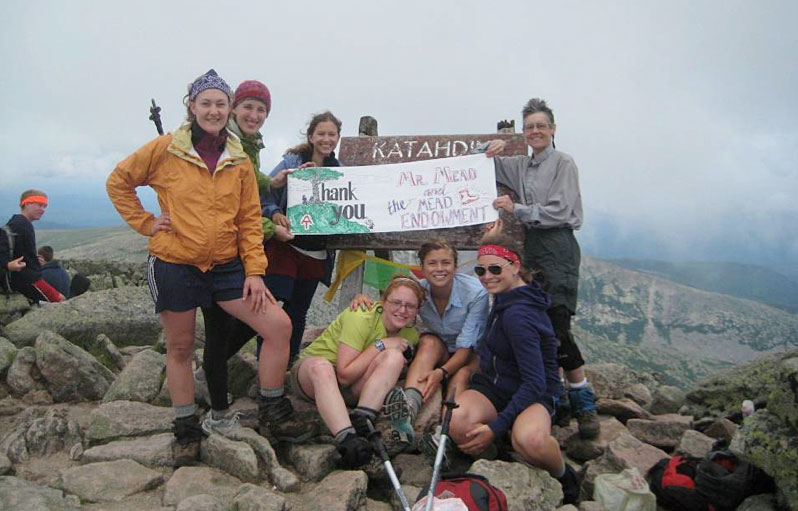 Jason Williamson had an idea: he wanted to expose students from across the University of Virginia to business for the common good, an effort known as social enterprise. The Mead Endowment, a program created in honor of the late professor Ernest “Boots” Mead, will enable Williamson to make that dream come true.

Over the year, Williamson, an assistant professor in U.Va.’s McIntire School of Commerce, will bring together student teams in social enterprise projects intended to generate profits for local charities in the Charlottesville area. He’ll collaborate with colleague David Touve, director of the Galant Center for Entrepreneurship in the Commerce School, and Christine Mahoney, associate professor in the Frank Batten School of Leadership and Public Policy, who directs the Social Entrepreneurship@UVA Initiative.

Williamson has already implemented similar programs for commerce students in his “Project Management” class, but he wanted to offer the opportunity to students University-wide, he said. Part of his plan is to make the project self-sustaining with the possibility of expanding it after the initial year.

Through the power of innovation and the marketplace, he said, teams of four or five students will advance social and justice issues with innovations, events or activities created to generate profits for local charities that return the seed money, plus a margin for reinvestment.

The student teams will be required to submit their plans and proposals, including a budget of up to $1,500, for approval. They’ll have to pick a local charity and plan an event or activity with yielding a profit in mind. Afterwards, they’ll have to analyze the project experience and present the results to the program leader, charity and Mead team.

“Social entrepreneurship is a growing and exciting topic today, and this is just another example,” he said. “I’m a huge fan of being able to spend time with students outside of the classroom. Being able to take a project like this beyond the classroom and make it available to anyone at the University would be amazing. I’m most excited about this because it can be a perennial event, not just one time.”

Each year, the Mead Endowment invites about a dozen faculty members, based on deans’ recommendations, to submit their “dream ideas” for creative projects that will allow them to engage with students in meaningful and memorable ways that enrich the academic experience.

Created by University alumni, the Mead Endowment has been inviting faculty to “Walk in the footsteps of Boots” since 2002, to celebrate and perpetuate the University’s tradition of professors’ devotion to interaction with students.

For decades, Mead, as a music professor and even when retired, forged mentoring relationships with students – long before mentoring was a popular idea – encouraging them to cultivate their aspirations and talents, and often inviting them to his house for dinner. Mead died in February 2014 at the age of 95, a year after leading his last second-semester seminar for fourth-year students.

This year’s dozen professors, who’ll receive up to $3,000 for their dream ideas, hail from nine departments and programs in the College of Arts & Sciences, from the Darden School of Business and the School of Engineering and Applied Science, as well as the Commerce School. Their projects include a program in 3-D printing for physics students, a vocal workshop for students to learn Indian music and a global studies workshop focusing on how to initiate social change. A foreign language program will enable students to practice modern Hebrew by interviewing people who speak it. A series of engineering laboratory tours will introduce students to a range of faculty and their research activities, with the aim of giving students options to work with the researchers.

The rest of the Mead awardees and their dream projects:

Cavalcante’s dream idea will focus on acquainting students with lesbian, gay, bisexual, transgender and queer culture, politics and performance through readings and discussions with a group of six students and another professor. The group will also go to Richmond to see a play by a theater company that specializes in productions centering on sexual and gender diversity.

Cox’s dream idea is to bring together a group of students to explore the ways in which students with a bachelor’s degree in science can pursue jobs and careers in science education while simultaneously improving the way science is taught. In the spring, he’ll invite four science majors to participate as “undergraduate fellows” paired with local high school “teacher fellows” for mentorship and an exchange of expertise in research and education.

Dave will bring in a trained musician to offer a workshop in Indian vocal music for four to six students. The students will also get together informally with other Indian music performers and go to a performance of Indian classical music.

Edmunds will partner with the Global Civil Society Lab, an initiative organized by the Office of the Executive Vice President and Provost, to offer a series of workshops for 10 students to learn from mentor-practitioners how to plan an activity devoted to social change.

Gilboa will provide 10 to 15 students opportunities to practice using modern Hebrew with speakers of the language. The group will travel to Washington or Baltimore to meet native Hebrew speakers and interview them about memories, experiences and thoughts about their language. The students will produce a short documentary about their work.

The goal of Goff’s project is to expand her interns’ knowledge about the current scholarship on sexual violence and to familiarize them with her public history project, a digital archive on the history of sexual assault at U.Va. She plans to have two students accompany her to deliver conference papers about the archive at the National Women’s Studies Association and the National Council of Public History.

Kondyli’s dream idea, “Eyes on Byzantium,” aims to make the ancient Greek culture more relatable. Five students will choose a Byzantine object or artwork and create a project pairing it with a modern object, such as favorite jeans, Facebook post or childhood photo. The students will also visit Byzantine art collections at Dumbarton Oaks in Washington and the Chrysler Museum in Norfolk, as well as the Orthodox Church in Charlottesville.

Lewin will conduct eight laboratory tours for undergraduates so they can witness research lab activities firsthand. Another objective is to give them access to research opportunities and get an idea of what graduate school might be like. He will also arrange for students to visit another research university.

Sarasvathy’s dream idea will invite up to 25 Darden students to create a series of three- to five-minute Web episodes to portray the drama of actual business situations, such as the start-ups of Staples and Starbucks, as well as ventures begun by her students. The students will draft scripts, and under the direction of a theater mentor, perform the scenarios, which will be recorded and posted to a website. Using social media to promote the site, they will invite comments from entrepreneurs, including U.Va. alumni.

Undergraduate organic chemistry courses are prerequisites for many graduate and professional programs in science, engineering and health care, and yet are some of the most challenging courses. Serbulea will recruit five students who’ve already completed the course work to try different online-learning assignments and eventually present them to faculty and students. The students will also meet with current first-semester organic chemistry students to advise them on organization skills and study habits.

Because 3-D printing is a relatively new field, many undergraduate physics students have not been exposed to this increasingly useful tool. Zheng’s dream idea includes purchasing a 3-D printer and inviting groups of three to five students to develop increasingly innovative, sophisticated and complex 3-D models over the year. The semester will culminate in an award ceremony recognizing the students’ most outstanding models.

Monkeypox Is Spreading, But University’s Risk Believed To Be Low END_OF_DOCUMENT_TOKEN_TO_BE_REPLACED

This Alum Is Living His Best Life on the Road, One State at a Time END_OF_DOCUMENT_TOKEN_TO_BE_REPLACED

These Giant Wind Turbines, Inspired by Palm Trees, May Be the Future of Renewable Energy END_OF_DOCUMENT_TOKEN_TO_BE_REPLACED