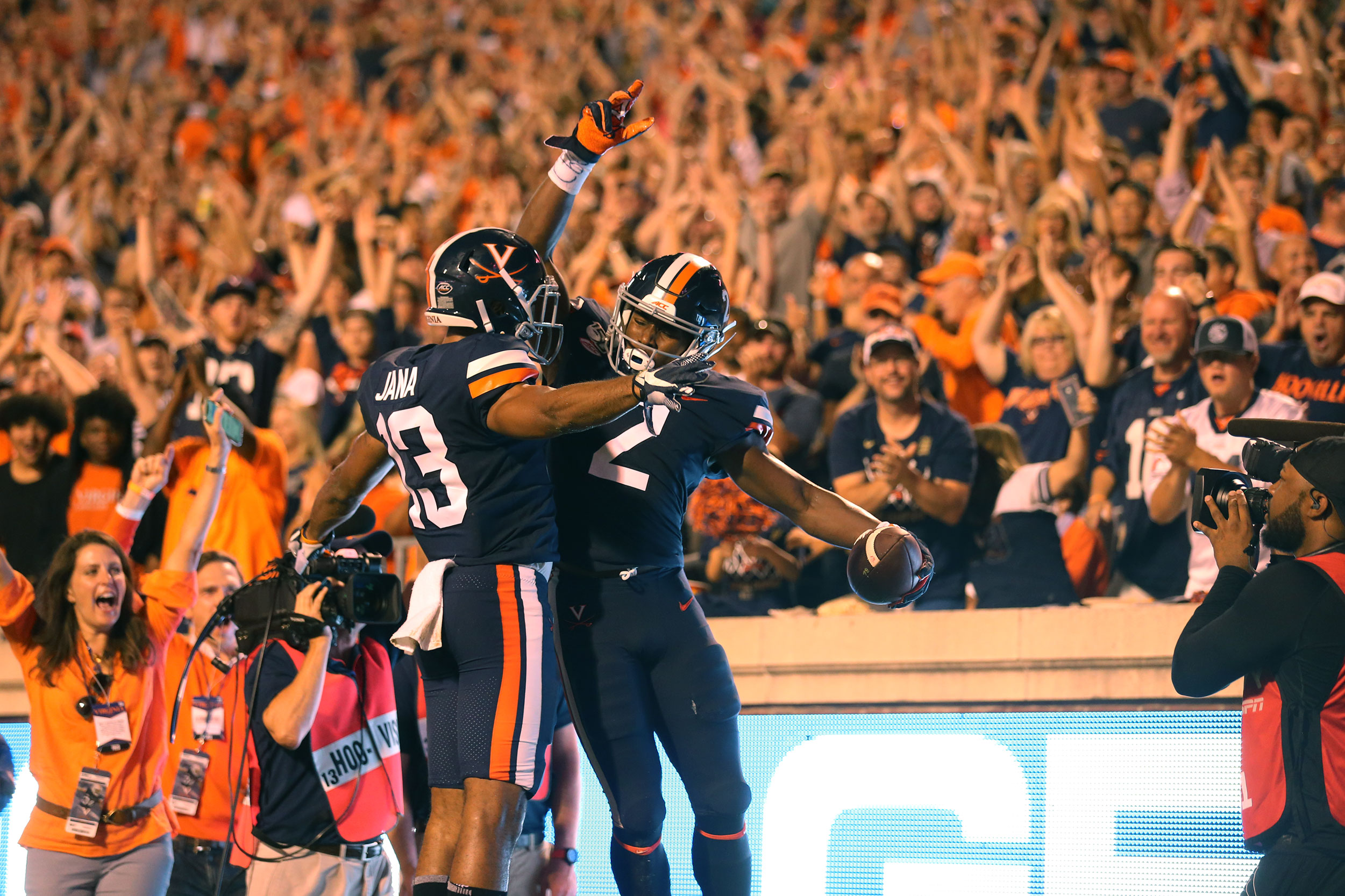 It was impossible to detect even one blade of grass on the hill behind the north endzone of the University of Virginia’s Scott Stadium on Saturday night.

The student seating area was jam-packed with orange-clad Hoos fans.

Students – many donning orange UVA T-shirts with “The Standard” written on it – arrived early and jockeyed for the best spots on the hill.

And at the end of the game, fans rushed the field.

Here’s a look at how the evening unfolded:

The band is definitely ready for this big game. #Wahoowa #goHoos! pic.twitter.com/bMVPSskoQG

I have never seen Scott Stadium so electric it's great #GoHoos

So awesome to see how packed Scott Stadium is. Let's #GoHoos

This atmosphere makes me emotional. It hasn’t been like this at Scott in AGES.

My dude’s finger is looking kinda heavy. Good catching up w the champ and the legend @kylejguy5 ... Now let’s go get this win! #Hoos pic.twitter.com/tEMxYCOQEL

“This is incredible,” said Guy during an in-game interview on the ACC Network. “It’s a great time to be a part of the UVA family.”

During a first-half timeout, Guy joined Ty Jerome, De’Andre Hunter and all of their former teammates and coaches for a ceremony on the field honoring their 2019 NCAA championship.

If you watch this clip closely, you’ll see, funny enough, that Jerome and Hunter are wearing each other’s NBA jerseys.

But even with all the crowd support, UVA trailed 14-10 at the half.

Cavalier Marching band with a killer @UVAMensHoops Championship routine here at halftime. Now if @UVAFootball can just summon a little of that March Madness magic in the 2nd half. #GoHoos pic.twitter.com/7kZqUst418

Late in the fourth quarter, UVA was able to take the lead on a touchdown run by Wayne Taulapapa and miraculous 2-point conversion run by quarterback Bryce Perkins that sent the student section into a frenzy.

From there, UVA gave new meaning to the phrase “Cardiac Cavs,” as the Seminoles refused to die, but the Cavaliers were able to hold on when Bryce Hall stopped Seminoles running back Cam Akers on the final play.

“I’m just so thankful that the community, the state, the students came out to support us and they made a tremendous difference,” said UVA head coach Bronco Mendenhall in an on-field interview with the ACC Network right after the game. “I’m so thankful to them.”

What it Means to Be a Cavalier Baseball Player END_OF_DOCUMENT_TOKEN_TO_BE_REPLACED