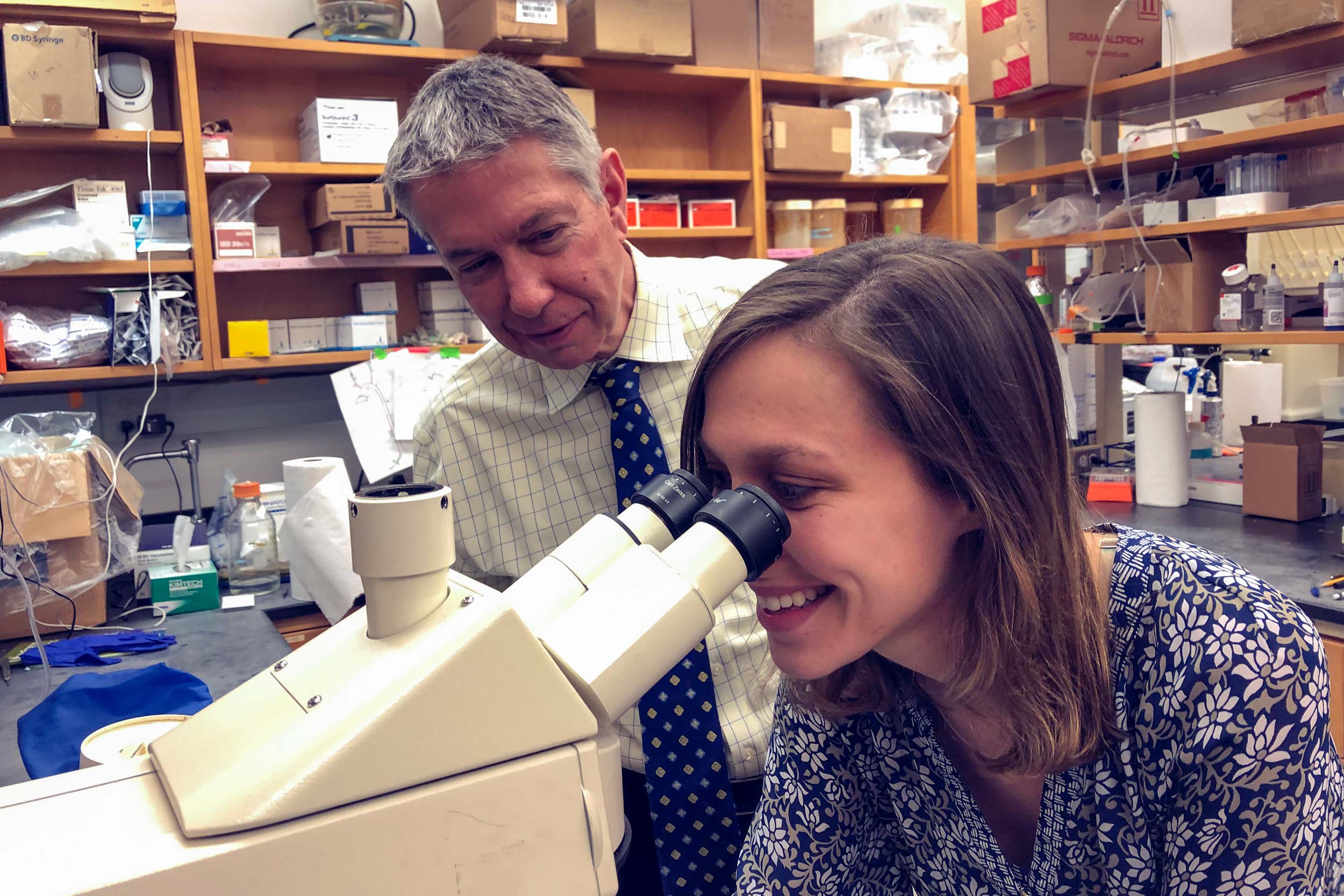 Researchers at the University of Virginia School of Medicine have discovered an ingredient vital for proper blood vessel formation that explains why numerous promising treatments have failed. The discovery offers important direction for efforts to better treat a host of serious conditions ranging from diabetes to heart attacks and strokes.

Until now, scientists seeking to grow blood vessels have focused almost exclusively on growing only the inner layer of blood vessels, which are made up of endothelial cells. The hope was that these endothelial cells would then recruit any other cell types needed to form a complete, functional blood vessel. But researchers led by Gary K. Owens, director of UVA’s Robert M. Berne Cardiovascular Research Center, have determined that those vessels can develop properly only if they’re grown in conjunction with another cell type, known as perivascular cells, including smooth muscle cells and pericytes.

The researchers liken these perivascular cells to the outer support layers of a rubber hose or on automobile tires, without which they burst or leak.

“Most of the studies of angiogenesis [blood vessel formation] have focused on the inner lining of the pipes themselves,” researcher Daniel L. Hess said. “That’s fairly well-understood. But it’s really not well-understood how you get a complete functional blood vessel that can withstand the mechanical force exerted by blood pressure.”

UVA’s new discovery helps answer that – and, in so doing, saves scientists from the time, effort and cost of pursuing treatment strategies that will ultimately bear no fruit.

The discovery was made possible by the fortuitous convergence of research in two different UVA labs. Hess was working on a model of peripheral artery disease in the labs of Owens and UVA’s Dr. Brian Annex in the Robert M. Berne Cardiovascular Research Center, while another researcher, Molly R. Kelly-Goss, was working with a model of blood vessel growth she developed in the lab of Shayn M. Peirce of UVA’s Department of Biomedical Engineering.

By bringing those two models together, the researchers were able to determine the vital role of the perivascular cells in blood vessel formation and to identify a gene, Oct4, that is required for this process. Previously, Oct4 had been thought to be active only in embryonic stem cells during early development and to be permanently inactivated in adult organisms. This belief persisted until two years ago, when the Owens lab showed it was reactivated within smooth muscle cells during formation of atherosclerotic plaques inside blood vessels and required for formation of a protective fibrous cap on those lesions that prevents them from rupturing and setting off a heart attack or stroke – analogous to a patch on a tire. Now the lab has shown that Oct4 has an important role in the formation of the vessels themselves – ironically, being required for forming the protective outer wall of blood vessels.

Ultimately, that means that scientists must take a more sophisticated approach to growing new vessels, a process important in normal growth and reproduction as well as wound repair.