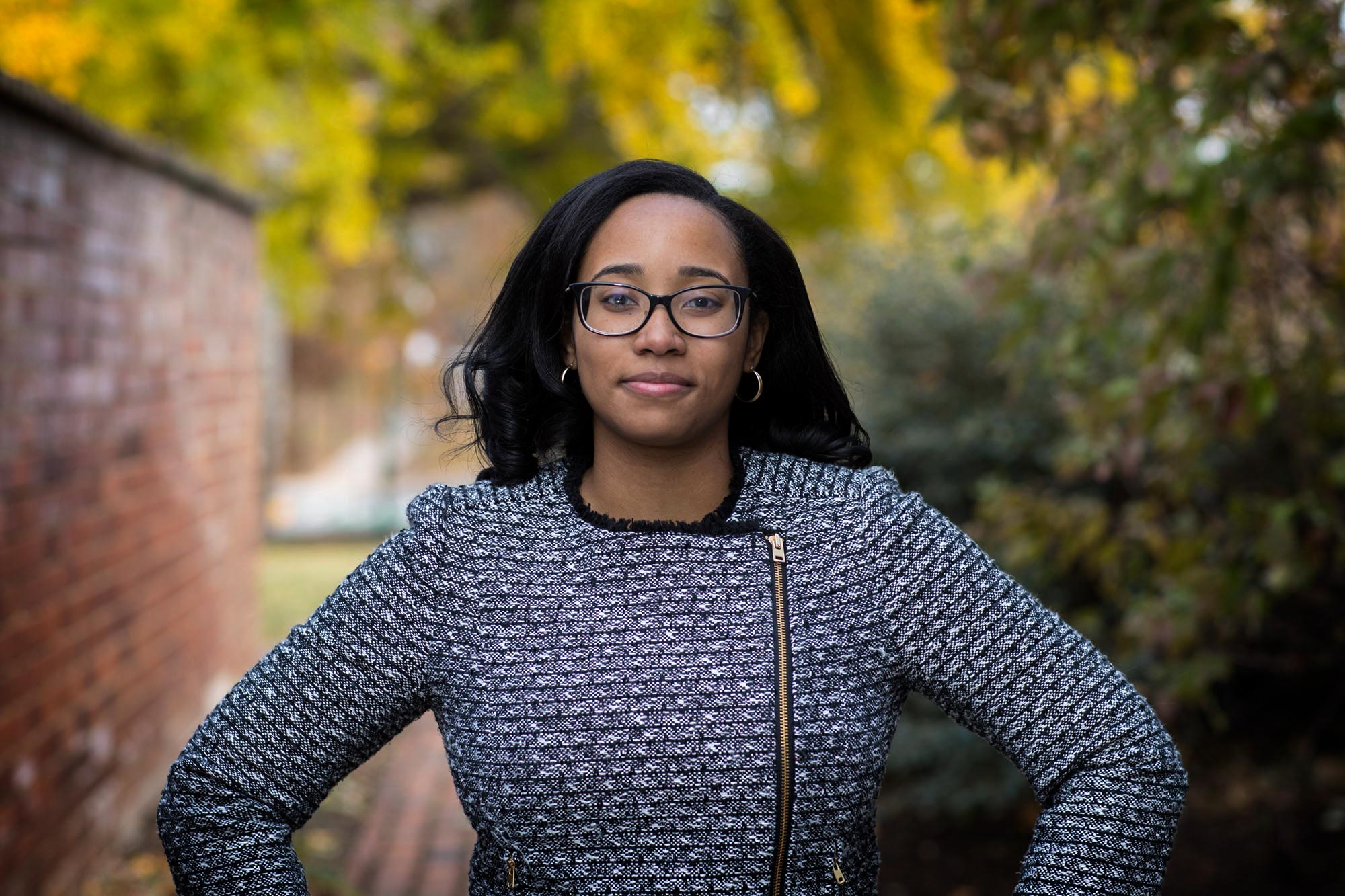 Aryn Frazier, a 2017 University of Virginia graduate, is one of 69 Knight-Hennessy Scholars from around the world who will receive full funding for graduate study at Stanford University. Frazier will attend Stanford Law School.

Frazier, a Jefferson Scholar who graduated from UVA with a degree in politics and African American and African studies, also has master’s degrees in U.S. history and comparative and international education from the University of Oxford, where she was a Rhodes Scholar. She is the first Knight-Hennessy Scholar from UVA.

A native of Silver Spring, Maryland, Frazier said she has long been enamored with the law and its applications. She is interested in constitutional law, primarily as it relates to civil rights and privacy and surveillance, as well as criminal justice reform.

“Like so many forces in American history, at different points the law has been a vehicle for both heinous systemic oppression and vast social progress,” Frazier said. “I am most interested in using my legal training to make people’s lives better, our democracy stronger and our society fairer.”

Frazier wrote her undergraduate thesis on Aristotle’s concept of “A Good Citizen,” a reasonably deliberate person who engages in his or her civic duties – an idea by which she is still driven.

“I’m very interested in how we might increase civic engagement and feelings of responsibility for others,” she said.

Frazier has been active in the legal and political community since she was a UVA student. She was deputy campaign manager and chief of staff for Krish Vignarajah’s unsuccessful campaign for governor of Maryland in 2018, and an intern at the Justice Policy Institute in Washington, D.C. She was co-director of the Black Association of Rhodes Scholars and president of the Black Student Alliance at UVA.

“Since meeting Aryn five years ago, I have been impressed with the singularity of her intellectual voice, her work ethic, her clarity of vision and her deep commitment to social justice issues,” UVA history professor Claudrena Harold said. “As president of the Black Student Alliance, she provided an exemplary model of principled leadership, challenging both her peers and administrators.”

Harold praised Frazier for being tough under pressure.

“I’m always impressed by the ways that Aryn has continued to think well about her role in this world, and I love that she is always trying to test that thinking through application,” said Andrus G. Ashoo, director of UVA’s Office of Citizen Scholar Development. “She takes calculated risks to learn more about herself and what is possible in serving others. This is another great opportunity to do just that.”

“Her master’s thesis at Oxford was a wonderful exploration of the black studies movement at UVA and a prime example of her sparkling intellect and theoretical sophistication,” Harold said. “I am certain that she will use her experiences within and beyond the classroom to excel in law school and the legal profession.”

While in England, Frazier has also considered her own place in the world.

“I’ve spent a lot of time thinking about how easy it is to be silent in the face of injustice, and how much easier that becomes with each success, as success often takes one further away from some of the most painful effects of the worst parts of our society,” Frazier said. “I’ve been immeasurably blessed, and my goal is to never let my own comfort keep me from seeing what’s wrong in the world, speaking out against it and ultimately fighting to solve it.”

The Knight-Hennessy Scholarship was created by Philip Knight, philanthropist and president of Nike, and John Hennessy, former president of Stanford University. Similar to UVA’s Jefferson Fellowships, it offers a full scholarship and cohort-based program for students applying to any graduate or professional program at Stanford University. Scholars are also provided leadership development, mentoring and experiential learning opportunities. Frazier will begin her studies in Palo Alto in August of this year.

At UVA, There Is a Club for Everyone END_OF_DOCUMENT_TOKEN_TO_BE_REPLACED