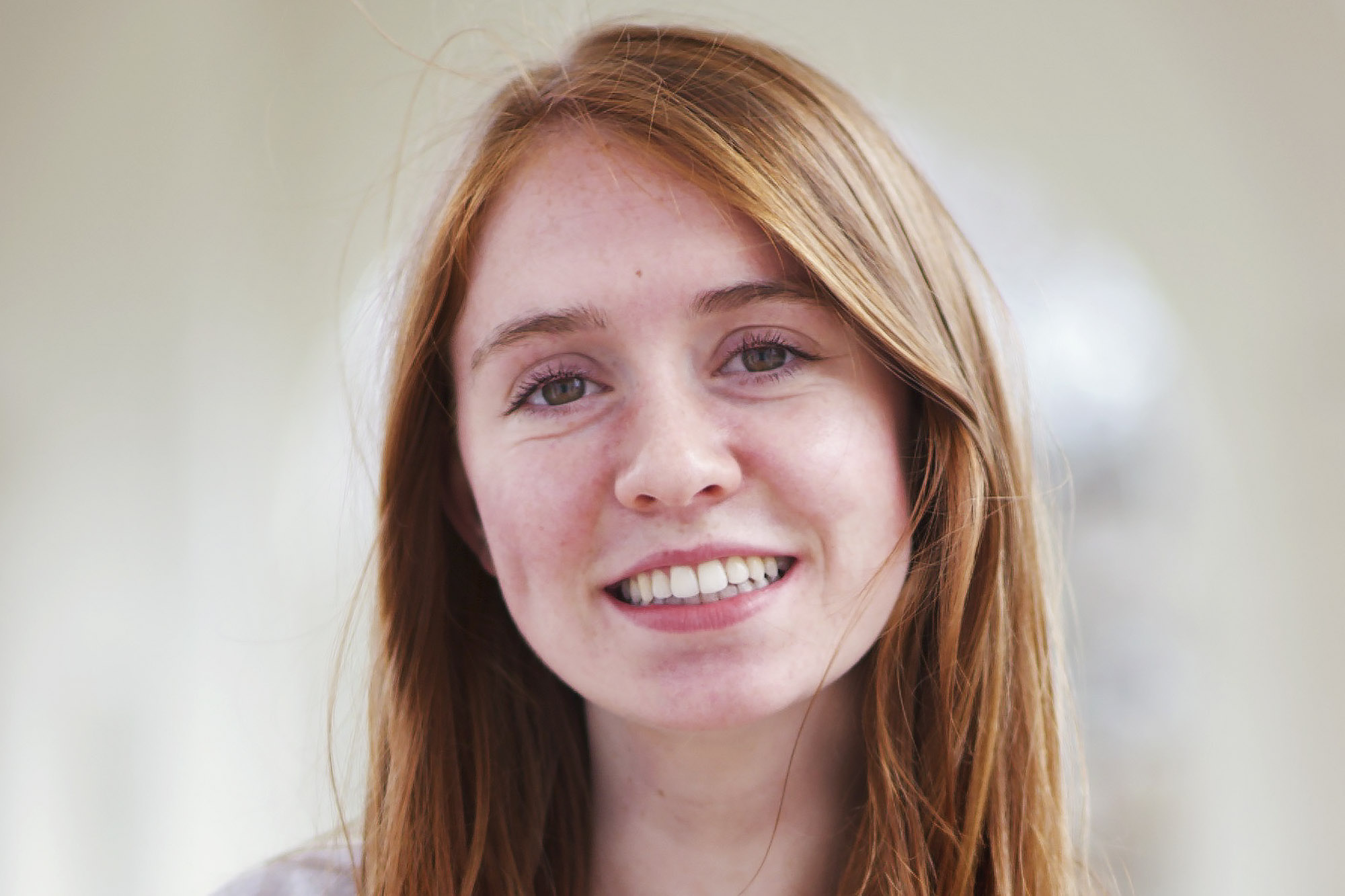 Jenna Wichterman, a 2019 University of Virginia graduate, will continue her global affairs studies at Tsinghua University in Beijing as a Schwarzman Scholar, the program announced today.

Wichterman of Oakton, who graduated as a foreign affairs and philosophy double major with a minor in religious studies, is currently pursuing a master’s degree in international affairs at Johns Hopkins University’s Paul H. Nitze School of Advanced International Studies in Washington, D.C. She is one of 154 Schwarzman Scholars chosen from more than 3,600 applicants from 39 countries and 99 universities.

Stephen Schwarzman, a private equity firm manager, created the Schwarzman Scholarship for graduate study in China in 2013. The program, housed in Schwarzman College at Tsinghua University, fully funds participants’ expenses, including travel costs and a personal stipend.  Scholars pursue a master’s degree in global affairs, with a core curriculum focused on leadership, China and global affairs, taught in English. Each year, the academic program is aligned with current and future geopolitical priorities, taught by an international faculty, with frequent guest lecturers.

Beyond the classroom, students have access to internships, mentors and high-profile speakers, as well as resources for career development.

“I’m very excited about the opportunity to study in China with the Schwarzman Scholars program,” Wichterman said. “In particular, I’m looking forward to meeting interesting people from all over the world and learning about China alongside them.”

While in the program, Wichterman wants to learn Mandarin, explore China and work on a capstone project focused on how the United States and China can cooperate on issues related to global security and conflict management. This will be Wichterman’s first trip to China, though she has traveled internationally. Long interested in international conflict, she previously ventured to Ethiopia as part of a group studying ethnic tensions in that country, as well as to the Middle East.

As a third-year student, Wichterman traveled to Israel on one of UVA’s Harrison Undergraduate Research Grants, and subsequently worked as a camp counselor at an Arab-Jewish peacebuilding camp on the border between east and west Jerusalem. She said she has maintained her interest in the Middle East and continued her Arabic studies.

“I would say that my interests have expanded,” Wichterman said. “My interest in the Israeli-Palestinian conflict was largely driven by an interest in how U.S. foreign policy can play a role in helping to prevent violent conflict and promote peace and justice in the region and around the globe.”

Her concern with violent conflict and peace has driven Wichterman’s focus on China.

Wichterman facilitates discussions between American and Chinese students in her current master’s program “to promote better understanding of one another’s cultures and politics, in light of rising U.S.-China tensions. I wanted to continue building my own understanding of various perspectives within China through the Schwarzman program.”

“I remember meeting Jenna for the first time when she was a second-year [student] and learning about her desires to mediate conflict and serve as a diplomat,” Andrus G. Ashoo, director of UVA’s Office of Citizen Scholar Development, said. “As the years have gone by, her focus has not wavered and she has continued to develop as a peacemaker and future contributor to U.S. foreign policy.

“I’m thrilled for her and how she will grow in China next year. The experiences of the other Schwarzman Scholars will be enriched by her participation as well.”

“Jenna is a gifted young leader with the rarest combination of qualities,” he said. “She approaches the thorniest of global conflicts with equal parts critical thinking and deep empathy. At UVA, she pioneered respectful student dialogue across some of the deepest political fault-lines in our academic community. Out on the global stage, I am confident she will continue to build bridges and forge new understanding.”

Wichterman will complete her master’s degree in May and is planning to go to China in August.

“The Schwarzman program hopes to continue as usual in-person, but of course this is all COVID-permitting,” she said. “They will fill us in later regarding what the plans will be if we’re unable to be in Beijing.”

An Echols Scholar and a Lawn resident, Wichterman was a chair and moderator for Sustained Dialogue, which tries to create understanding and empathy across ideological lines; and co-founder of Converge UVA, which promotes civil political dialogue. She was a member of the Class of 2019 Council and a news writer for the Cavalier Daily, UVA’s independent student newspaper.

Wichterman is considering a career in the foreign service and possibly attending law school.

“The Schwarzman Scholarship program will better prepare me for a career in U.S. foreign policy, now with a deeper understanding of China and U.S.-China relations,” she said. “Given China’s arrival as a major player on the world stage, understanding China better will be helpful for me as I think about how U.S.-China relations will affect the United States’ role in the world, and vice versa.”