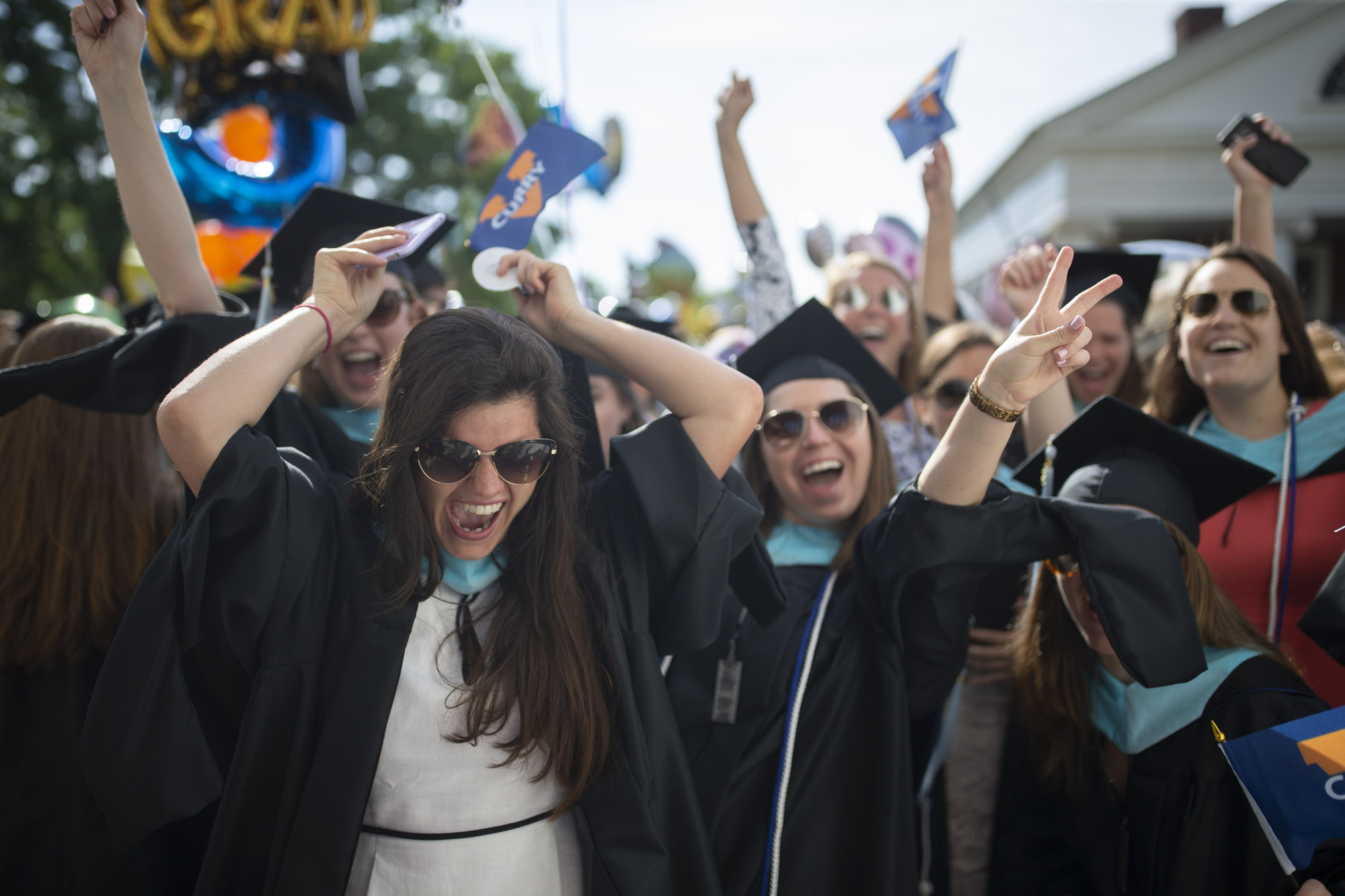 Graduates from 10 University of Virginia schools and the Data Science Institute celebrated Sunday in the second of two Final Exercises ceremonies. (Photos by Sanjay Suchak, Dan Addison and Ézé Amos)

After two days of rain, the sun shined brightly in Charlottesville on Sunday, allowing graduates of 10 University of Virginia schools and the Data Science Institute to fully soak in one of the most time honored UVA traditions: Walking the Lawn.

UVA President Teresa A. Sullivan, who is stepping down in July, presided over the 189th Final Exercises, and, in the custom of outgoing University presidents, gave the commencement address (which she also did on Saturday for graduates of the College and Graduate School of Arts and Sciences). 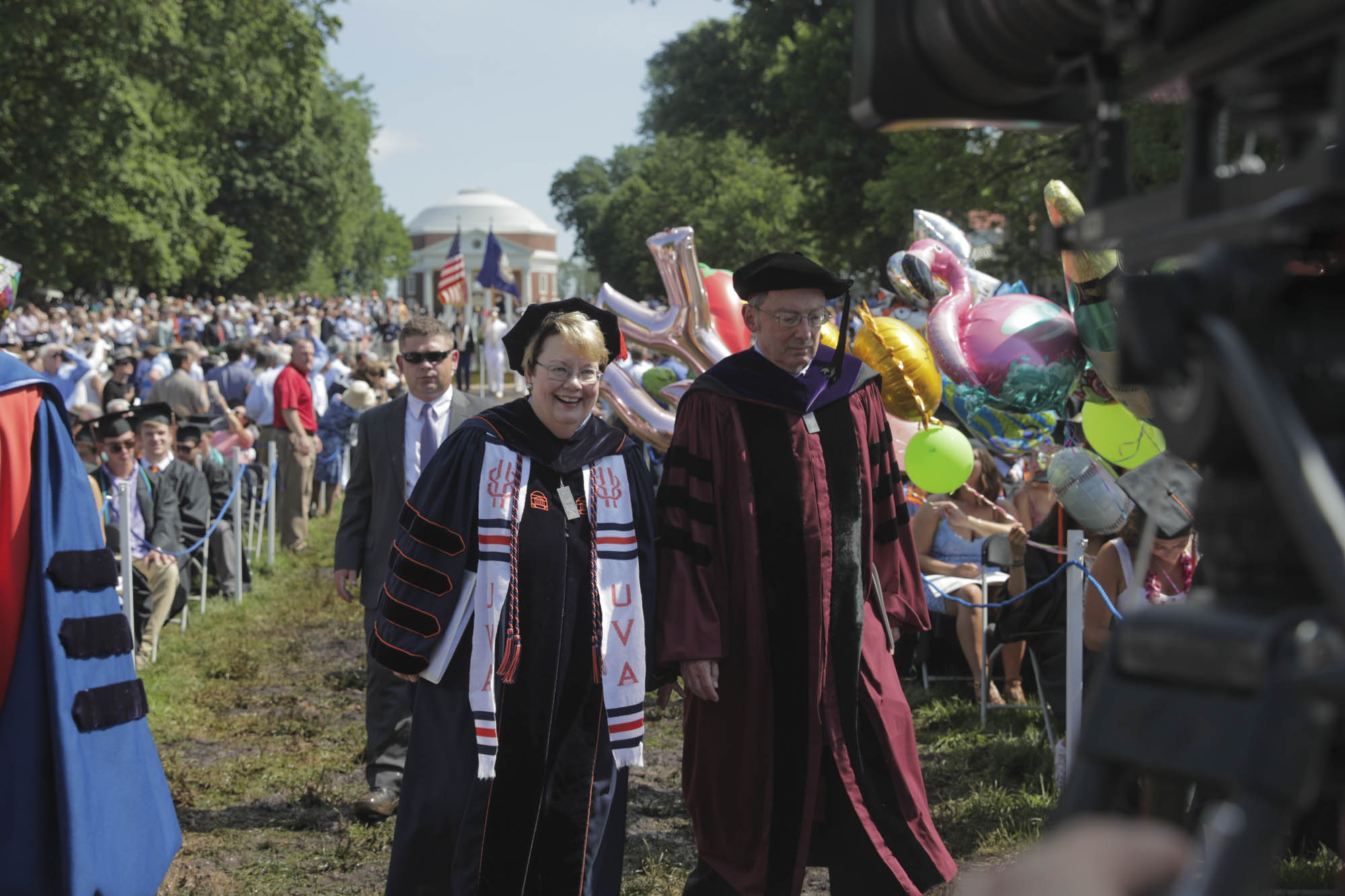 President Teresa A. Sullivan, left, delivered the keynote address at Final Exercises on Saturday and Sunday.

“Know that your whole life has prepared you for this calling – you are ready,” Conner told the graduates. “Remember you chose this University for a reason – a reason that becomes even clearer as you venture forth in the world.” Read his full remarks as written.

Conner then introduced Sullivan, whom he said has made a “Herculean effort” to improve the University.

A day after sharing a story about a British explorer named Sir Ernest Shackleton – who survived a harrowing shipwreck – Sullivan spoke about the exploits of Albemarle County native Meriwether Lewis, who was commissioned to explore the western part of the United States by then-President Thomas Jefferson. 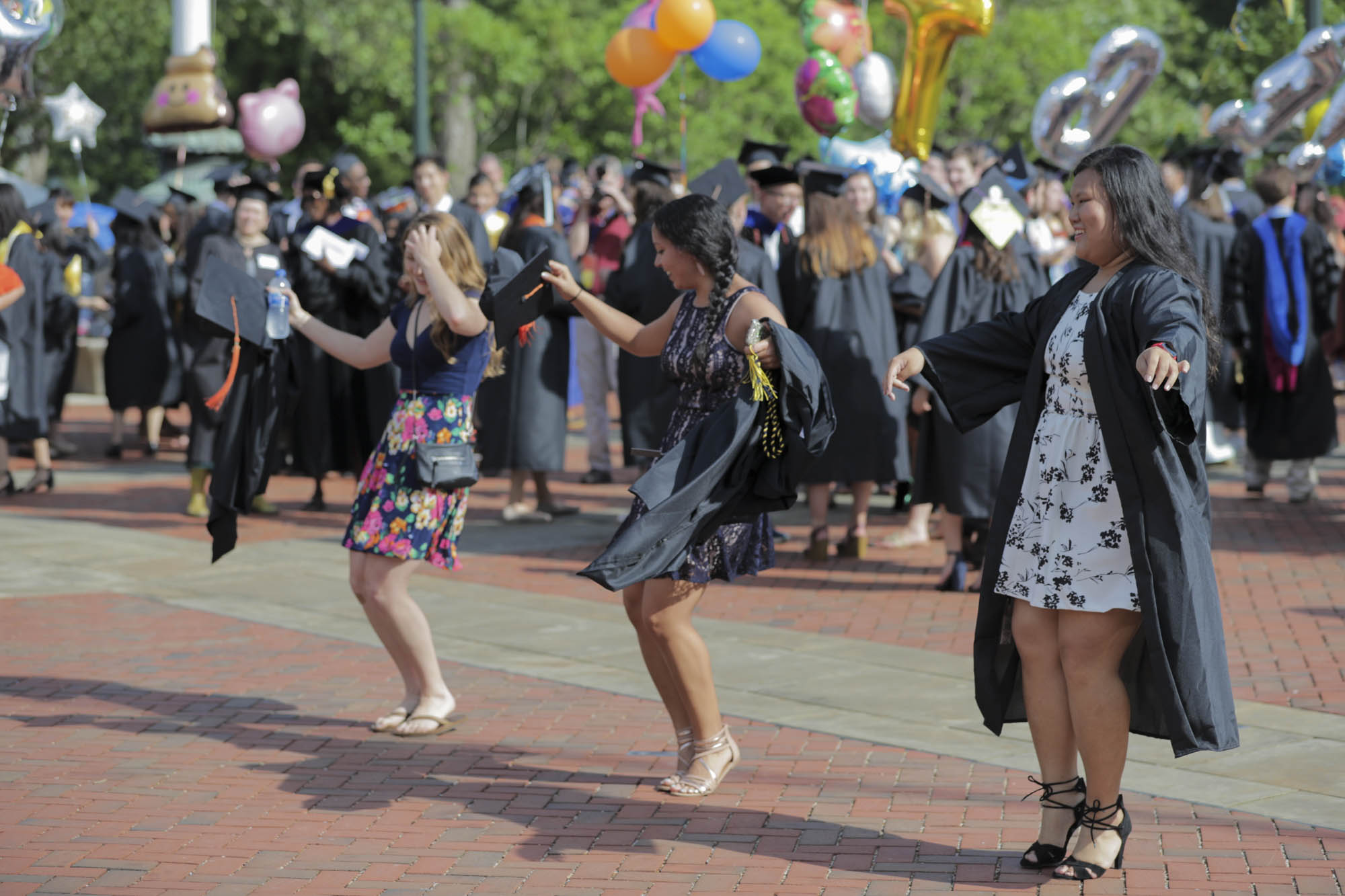 “He would have fit right in with you – the Class of 2018,” Sullivan said of Lewis, who the University named its new leadership institute after four years ago, “because he shared many of the qualities that you possess, as individuals and as a class.

“He was intelligent. He was entrepreneurial. He was resourceful, and fearless in the face of challenges.”

“Like Meriwether Lewis, you will encounter setbacks and surprises in the ‘real world’ after graduation,” Sullivan said.

Sullivan advised the students to lean on their curiosity and resilience, the latter of which she said they had already exhibited during their time on Grounds in persevering through crises such as a recklessly reported Rolling Stone article that was later retracted and the attack by white supremacists last August.

“You will need to take this resilience with you into the careers and communities you will enter after today,” Sullivan said. 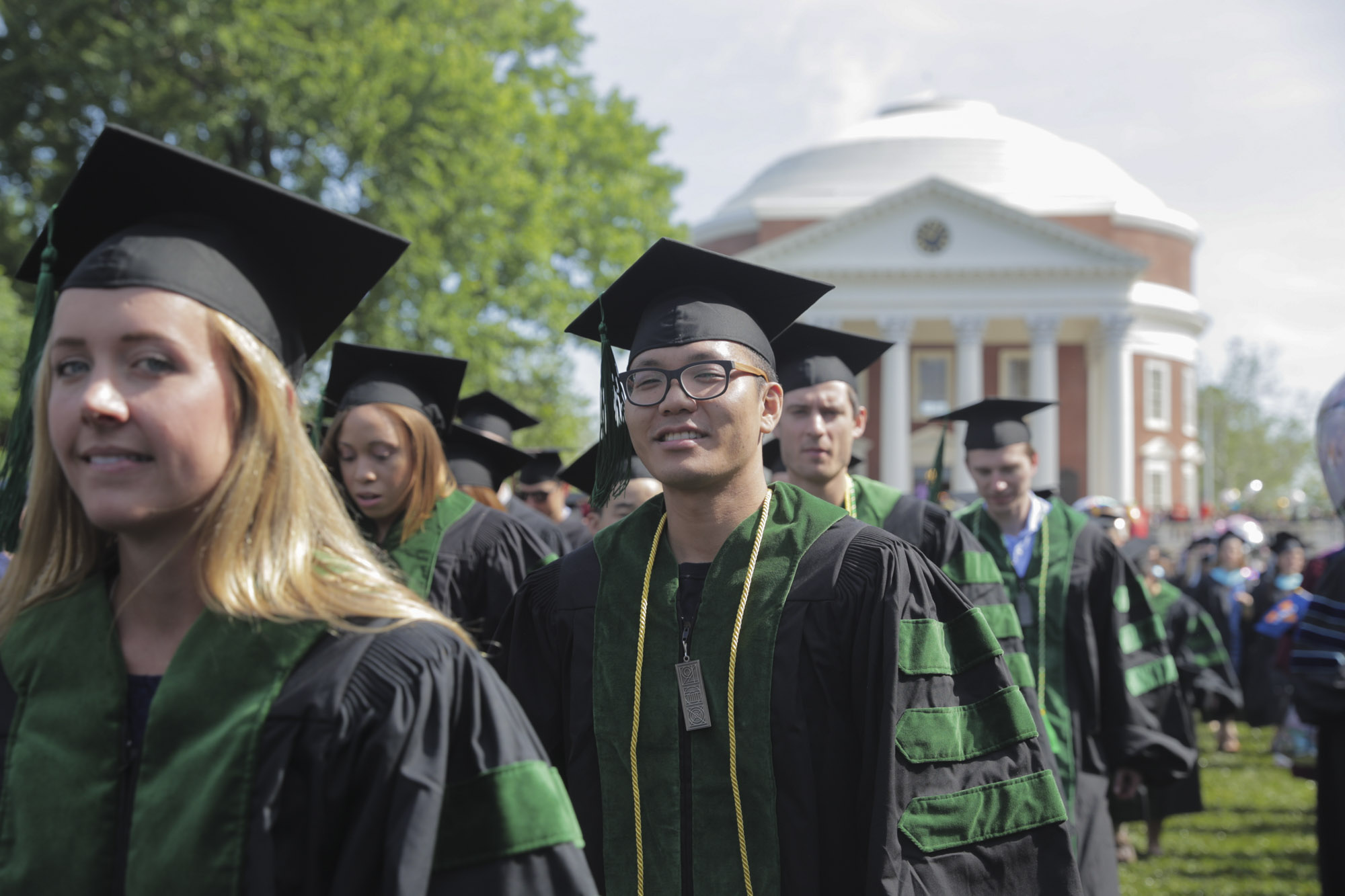 Sullivan told the graduates she had every confidence in them as they embarked on their new journeys. Paraphrasing a sentiment Jefferson had expressed before sending Lewis out on his mission over two centuries ago, she said: “We have no hesitation in confiding this enterprise to you.”

Moments later, graduates from each school – with rays of sunlight beaming down on them – rose to have their degrees officially conferred upon them.

“God bless you and God bless the University of Virginia,” said Sullivan, moments before the singing of the “Good Ol’ Song.”

How a Single Email Changed a Life END_OF_DOCUMENT_TOKEN_TO_BE_REPLACED

Fall Is in the Air on Grounds END_OF_DOCUMENT_TOKEN_TO_BE_REPLACED

At UVA, There Is a Club for Everyone END_OF_DOCUMENT_TOKEN_TO_BE_REPLACED