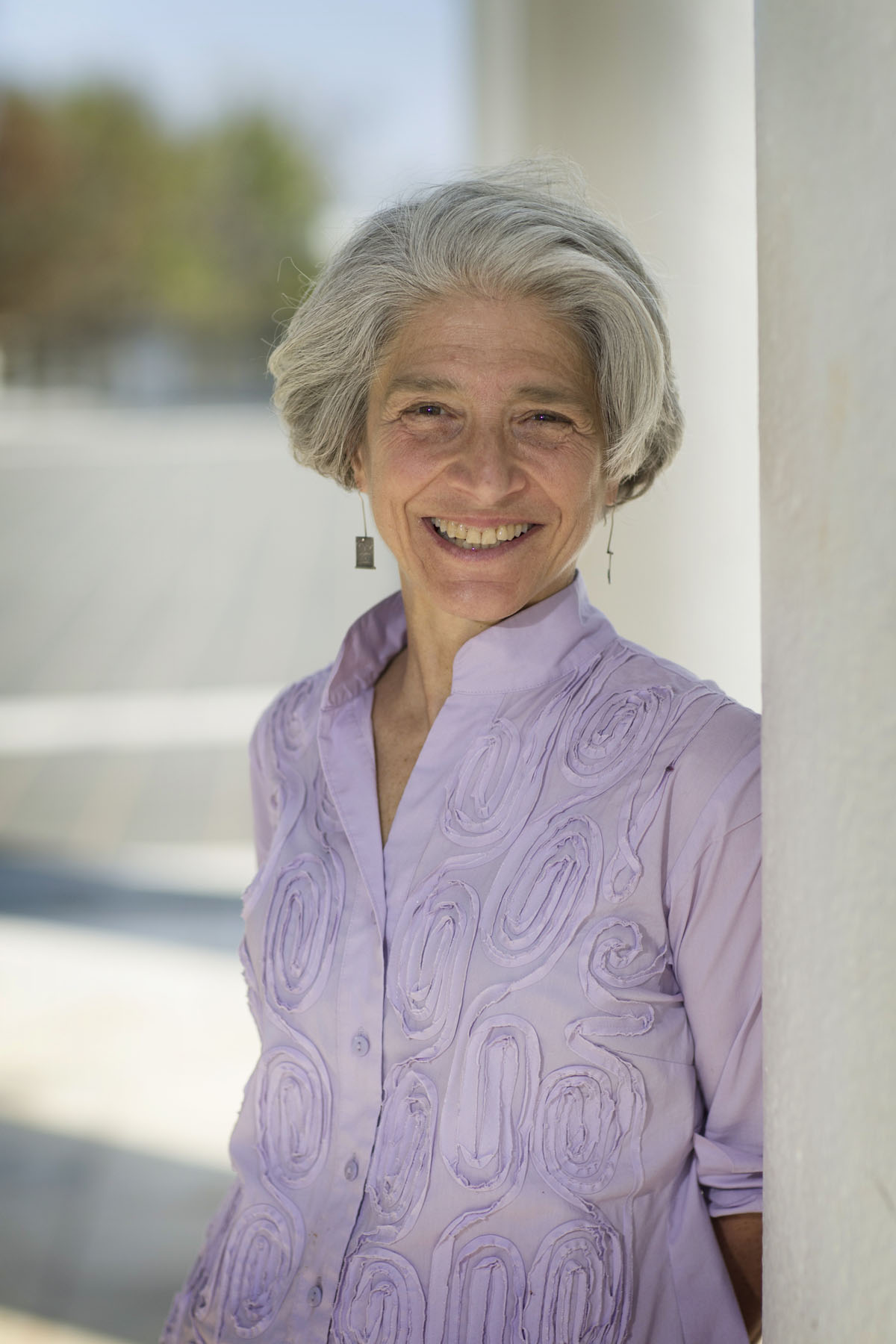 For the first time, a representative from the Curry School of Education has taken the University of Virginia’s top innovation honor.

U.Va. Innovation named Marcia A. Invernizzi the 2013 Edlich-Henderson Innovator of the Year in recognition of her work to improve children’s literacy. Invernizzi’s innovative Phonological Awareness Literacy Screening, or PALS, assessments and teaching tools are used in six countries and all 50 states to identify and provide customized learning experiences for young children at risk of becoming poor readers.

Invernizzi accepted the award Wednesday evening at a ceremony held at Charlottesville’s Jefferson Theater. Referring to the honor as “much-deserved,” University President Teresa A. Sullivan congratulated Invernizzi in a letter read aloud at the ceremony.

“Your PALS materials have set the standard for literacy assessment [… and] given teachers the tools to effectively teach reading, even where budgets are limited,” Sullivan wrote. “As you receive this award, the members of the University community and I are exceptionally proud of you.”

The honor recognizes an individual or team at U.Va. each year who is making a “major impact” through innovation.

Developed in 1997 with funding from the Virginia Department of Education, PALS “provides a comprehensive assessment of young children’s knowledge of the important literacy fundamentals that are predictive of future reading success,” according to the PALS website.

“Through her work with PALS, Marcia is actually changing the world,” said W. Mark Crowell, executive director of U.Va. Innovation, associate vice president for research at U.Va. and a member of the selection committee.

“There’s a window of opportunity to get kids reading,” said Invernizzi, the Edmund H. Henderson Professor of Education. “I really felt passionate about trying to do something in my own community.”

Together with Allison Drake and Jay Ferguson, Invernizzi founded a Charlottesville-based company, PALS Marketplace, in 2010 to distribute PALS assessments and tools beyond the commonwealth. Fellow U.Va. spinoff company CaseNEX LLC acquired PALS Marketplace in April 2012 and continues to make the screening tools available to more than 100,000 students in other states and internationally.

Invernizzi noted she followed a long line of past honorees who dedicated their research to public health.

“Only seven out of 10 ninth-graders today are going to graduate from high school. We know that we can actually change the trajectory for our most at-risk children through early intervention, and that’s where PALS comes in.”

Invernizzi hopes to expand the PALS family of assessments and teaching tools – which currently include PALS-PreK, PALS-K and PALS 1-3 – to provide for seamless literacy screening through eighth grade. Through a grant from the Institute of Educational Sciences, she is also working to develop PALS-español for Spanish-speaking students.

“The work Marcia has done in regard to early literacy assessments and interventions has paved the way for schools to spawn deeper conversations about children’s growth and development in reading,” said Darnella S. Cunningham, principal of Spotsylvania County’s Lee Hill Elementary School and a member of the board of directors of the Virginia Association of Elementary School Principals.

“As we analyze PALS data, we’re better able to pinpoint students’ strengths and determine needs to improve specific literacy skills. In this age of accountability, we’re all looking for reasonable and manageable ways to consistently monitor student progress. PALS provides us with tools to do so.”

In addition to her work with PALS, Invernizzi is the executive director of U.Va.’s McGuffey Reading Center, the oldest operating University reading center in the country, and is a founder of Book Buddies, a nationally recognized one-on-one reading intervention.

About the Edlich-Henderson Innovator of the Year Award

Named for U.Va. Professor Emeritus Dr. Richard F. Edlich and Christopher J. (“Goose”) Henderson, a 25-year veteran of privately owned financial services businesses, the award recognizes an individual or team each year whose research discovery is making a major impact. Previously the Edlich-Henderson Inventor of the Year award, the award title and criteria were modified in 2012 to be more inclusive of University innovators pursuing a variety of different paths to achieve impact for their discoveries.

Netflix to Add Ads. Why This Could Be a ‘Game-Changer’ for Your Viewing Experience END_OF_DOCUMENT_TOKEN_TO_BE_REPLACED

What’s Next for UVA’s Class of 2022? END_OF_DOCUMENT_TOKEN_TO_BE_REPLACED