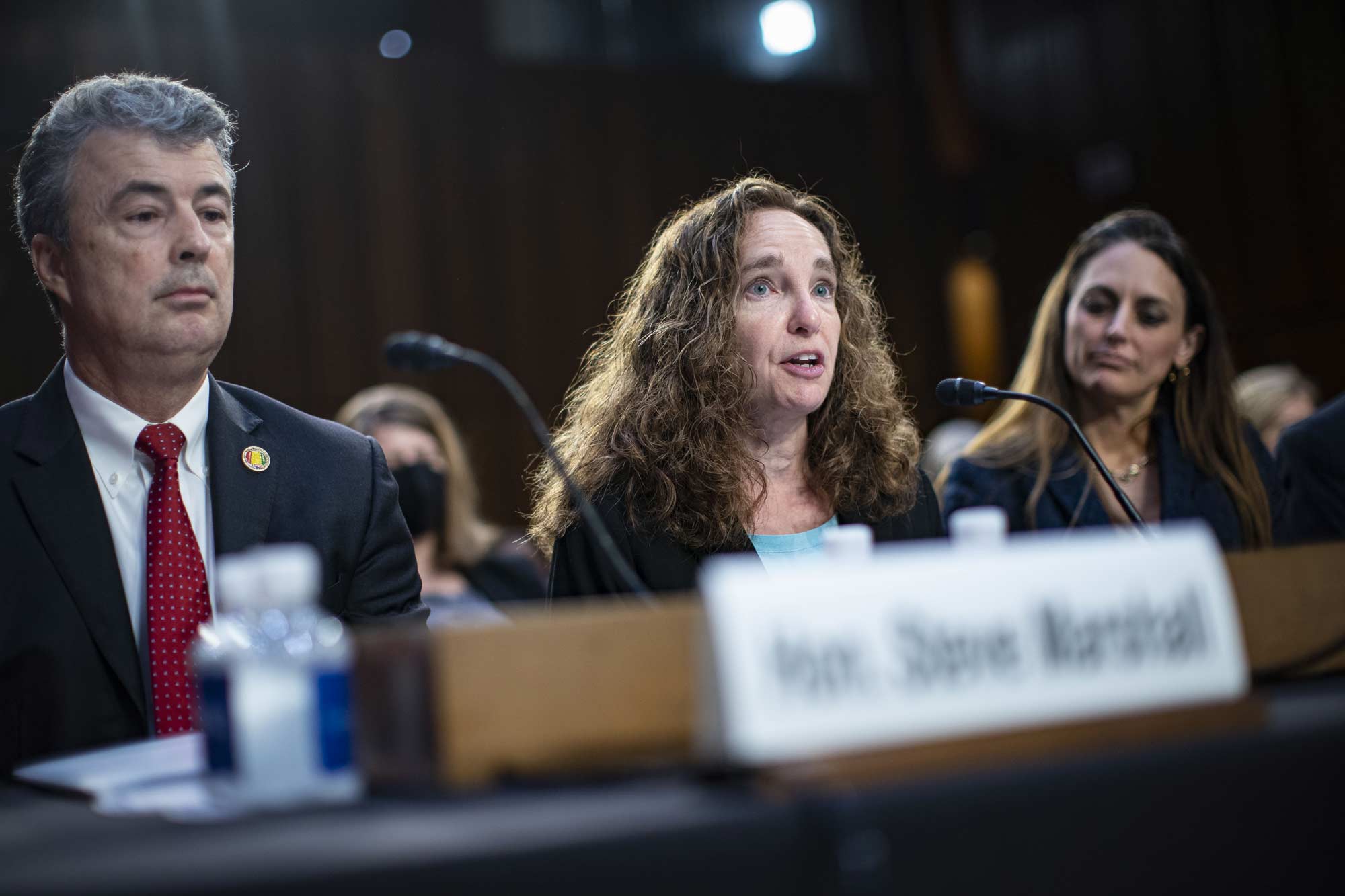 Risa Goluboff, dean of the University of Virginia School of Law, testified Thursday at Senate Judiciary Committee hearings on the nomination of Judge Ketanji Brown Jackson to the U.S. Supreme Court.

Speaking as an expert on constitutional law and in her personal capacity, Goluboff told the Senate Judiciary Committee that the Supreme Court and the nation “will benefit enormously from the keen intelligence, impeccable integrity, broad experience and intellectual open-mindedness of a Justice Jackson.”

“What remains constant across these hundreds of opinions is Judge Jackson’s commitment to applying precedents to the facts before her, maintaining procedural consistency, reasoning with common sense and humanity, and doing justice for the parties consistent with the rule of law,” Goluboff said.

Goluboff has known Jackson personally and professionally since 1998; Goluboff’s husband, UVA Law professor Richard Schragger, served on the Harvard Law Review with Jackson and they have remained friends.

In her testimony, Goluboff compared Jackson to retiring Justice Stephen Breyer, whose seat Jackson would be filling and for whom both Jackson and Goluboff clerked.

In Breyer’s same spirit of collaboration, “She has worked with lawyers from across the political spectrum, and found consensus with her colleagues on the Sentencing Commission and the D.C. Circuit,” Goluboff said.

Goluboff is the Arnold H. Leon Professor of Law and a professor of history at the University. A legal historian, she is the author of two award-winning books, “Vagrant Nation: Police Power, Constitutional Change, and the Making of the 1960s” and “The Lost Promise of Civil Rights.”