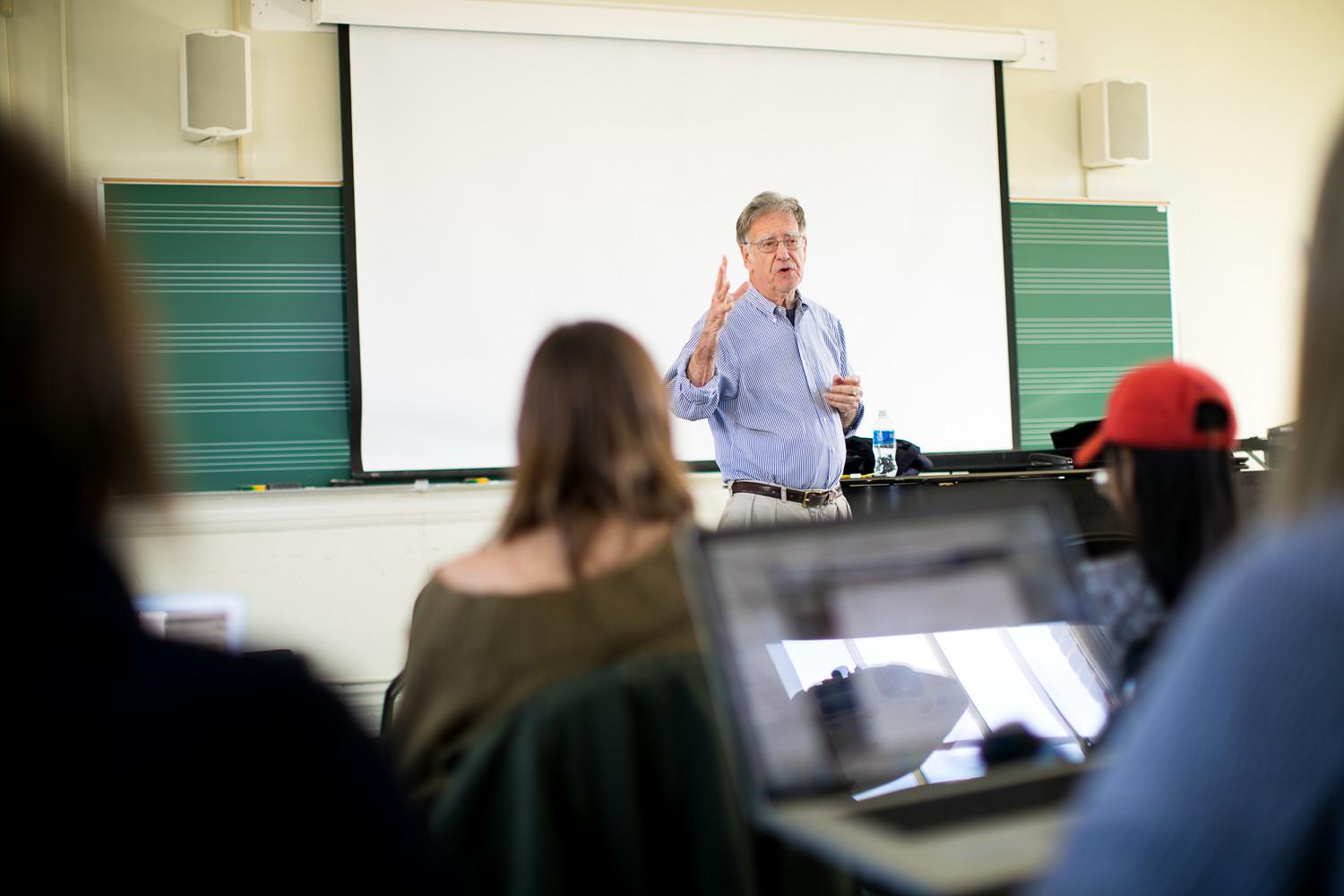 As the global economy changes, the United States will need to increase the number of its citizens who earn college degrees in order to stay competitive. The U.S. already lags behind at least 10 countries in the percentage of the population aged 25 to 34 that hold postsecondary degrees or certificates.

With the support of the Lumina Foundation, the University of Virginia’s Miller Center created the National Commission on Financing 21st Century Higher Education in 2014. Their ultimate goal was to recommend funding changes for the U.S. public higher education system that would lead to 60 percent of the American labor force having postsecondary degrees or certificates by 2025. Only about 40 percent of the labor force holds them now.

“That’s the percentage that would keep us competitive in the world marketplace,” said Raymond Scheppach, the commission’s project director.

Scheppach, the Miller Center’s senior fellow for economic policy and a professor of public policy at UVA’s Frank Batten School of Leadership and Public Policy, assembled and oversaw the 14-person commission of former governors and current CEOs, state legislators who chair appropriation committees and university presidents.

On Wednesday, the commission released its final report with recommendations for bolstering higher education funding and thus degree attainment over the next decade. Prior to the official release, Scheppach and the staff of the commission met with congressional staffers for both the House and the Senate to share their findings. They recommend nine major actions:

“There are some recommendations that will require major overhauls, but we also suggest some simpler tactics for things like getting students to graduate on time or early,” Scheppach said. “For example, if a student borrows $4,000 in loans, maybe they only have to pay back $3,600 if they finish in four years.”

As the report circulates, the commission is also advocating generally for greater collaboration between the state and federal governments, the private sector and postsecondary institutions. If a combination of some or all of their recommended tactics are used to reach the 60 percent goal, it will mean an additional 16.4 million degree- or certificate-holders over the current baseline will join the workforce between 2017 and 2025.

At the university level, UVA is already employing some of the recommended tactics, particularly in regard to access and affordability. UVA is one of only two U.S. public universities that offer aid packages that meet 100 percent of demonstrated financial need for all undergraduates while offering admission without consideration for students’ family finances. Additionally, the Board of Visitors just announced the creation of a permanent endowment to support student scholarships.

Scheppach also is preparing the next generation of leaders to take on important policy changes like this.

“I teach a class at the Batten School called ‘Leadership in the Public Arena,’ and one of the things we work on is how to successfully run a research commission like this, as well as how to work with the public and private sectors to implement new policies,” he said.