U.Va. President Appoints Commission on Slavery and the University 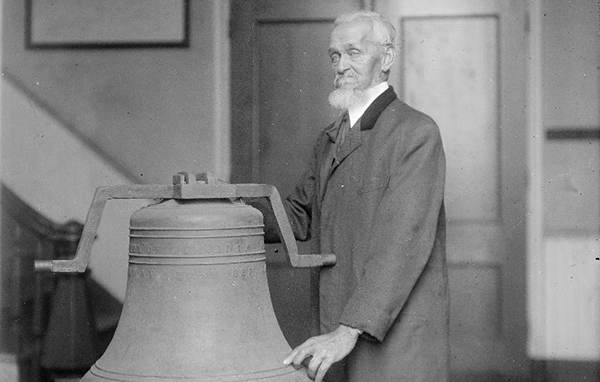 Investigating and commemorating a major part of the University of Virginia’s past will be the focus of U.Va. President Teresa A. Sullivan’s newly established Commission on Slavery and the University.

The commission, comprising 27 U.Va. faculty and staff members, students, alumni and local residents, will further the efforts of multiple groups exploring U.Va.’s historical relationship with slavery and provide an institutional framework to guide research and gather resources on the contributions of enslaved laborers to the University.

“The commission builds on the effort of many members of our University community who have worked to raise awareness of the University’s relationship with slavery and to commemorate the role of enslaved persons in appropriate ways,” Sullivan said. “The commission will now carry this work forward with the help of community partners who share our concern about this issue.”

Her specific charge to the commission is to “provide advice and recommendations on the commemoration of the University of Virginia’s historical relationship with slavery and enslaved people.”

Led by co-chairs Dr. Marcus Martin, vice president and chief officer for diversity and equity, and Kirt Von Daacke, associate professor of history in the College of Arts & Sciences, the group will investigate the interpretation of historically significant buildings and sites on Grounds related to slavery and propose projects that would educate students, faculty, staff and visitors about enslaved individuals who worked at U.Va., as well as commemorate their work.

“As the commission explores the University’s relationship with slavery,” Martin said, “opportunities will arise around interpreting historical significance of certain buildings, development of historical exhibitions incorporating interpretive media, and recognition and commemoration of enslaved laborers’ contributions.”

Meghan Faulkner in the Office for Diversity and Equity produced a report last year cataloging initiatives by individuals and groups interested in addressing this aspect of the University’s history, at the request of the alumni group, the IDEA Fund. The group – IDEA stands for “inclusion, diversity, equity, access” – is dedicated to supporting programs at U.Va. related to these areas.

Activities listed in the report range from U.Va.’s 2007 installation of a plaque in the brick pavement under the Rotunda terrace honoring the University’s “original labor force” to a student group’s recent survey and design competition aimed at creating a more prominent “Memorial for Enslaved Laborers” on Grounds.

“This commission offers us the chance to engage in a more sustained study of the early University and better understand the ways that both slavery and 19th-century ideologies of race shaped the economic, social and cultural life of the University,” said Von Daacke, whose research focuses on examining the social, legal and cultural terrain of the slave-holding South.

“Investigating the complex web of interactions between students, faculty, slaves, free African-Americans and local residents in and around the University will ultimately enrich our collective knowledge about the first half-century of U.Va.’s development,” he said.

To that effort, Von Daacke began a project last year with Maurie McInnis, professor of American art and material culture in the Department of Art History, and the Institute for Advanced Technology in the Humanities to create a database of documents related to the University’s early history. McInnis has also joined the commission.

In addition to the IDEA Fund and the Memorial for Enslaved Laborers student group, other offices and groups represented on the commission are the Office of the Architect, University & Community Action for Racial Equity, the Office of African-American Affairs, the Carter G. Woodson Institute of African-American and African Studies, the University Library, the Thomas Jefferson Foundation (which owns and operates Monticello), Charlottesville’s Jefferson School African American Heritage Center and the student-run University Guide Service, which now includes information on the history of slavery at U.Va. in its tours.

A range of discoveries and other activities related to U.Va.’s history with slavery has occurred over the past two decades up to the present day.

The Office of the Architect has identified several places on Grounds through archaeological surveys that could be recognized as historically significant memorial sites, such as the McGuffey Cottage and Pavilion VI gardens.

The most recent site was discovered last fall, when 67 unmarked grave shafts were found adjacent to and north of the University cemetery. They have been left undisturbed, so the persons buried there have not been identified, but they were most likely slaves, according to Benjamin Ford of Rivanna Archaeological Services. A Gravesite Commemoration Committee was formed to recommend how to memorialize the area.

After the home site and burial grounds belonging to Catherine Foster, a free black seamstress, were discovered in 1993, a memorial was eventually erected in 2010 alongside the construction of the South Lawn. The memorial structure and one-acre park recognize Foster and the free black community who served U.Va. faculty and students in the 19th- and early 20th-century and called the area “Canada.”

Another recent effort to recognize African-American workers at U.Va. was made last year. The Office for Diversity and Equity and the IDEA Fund sponsored commemorative events in January and the installation of an honorary plaque about Henry Martin, first a slave and then a free employee who served as U.Va.’s bell-ringer for more than 50 years.

The commission will also consult with Thomas Jefferson Foundation staff, who have prepared several exhibits that detail the history of slavery at Jefferson’s home, on possible joint projects.

Other possible activities include the creation of a historical exhibit on slavery at U.Va. and new interactive media in the Rotunda’s Visitor’s Center.

“This work will take several years to complete,” Martin said, “but I believe we have the right mix of members on the commission to advance the charge presented by President Sullivan.”

The commission members are:

Board of Visitors member to be determined

Message from President Ryan Regarding Fatal Shooting on Grounds END_OF_DOCUMENT_TOKEN_TO_BE_REPLACED