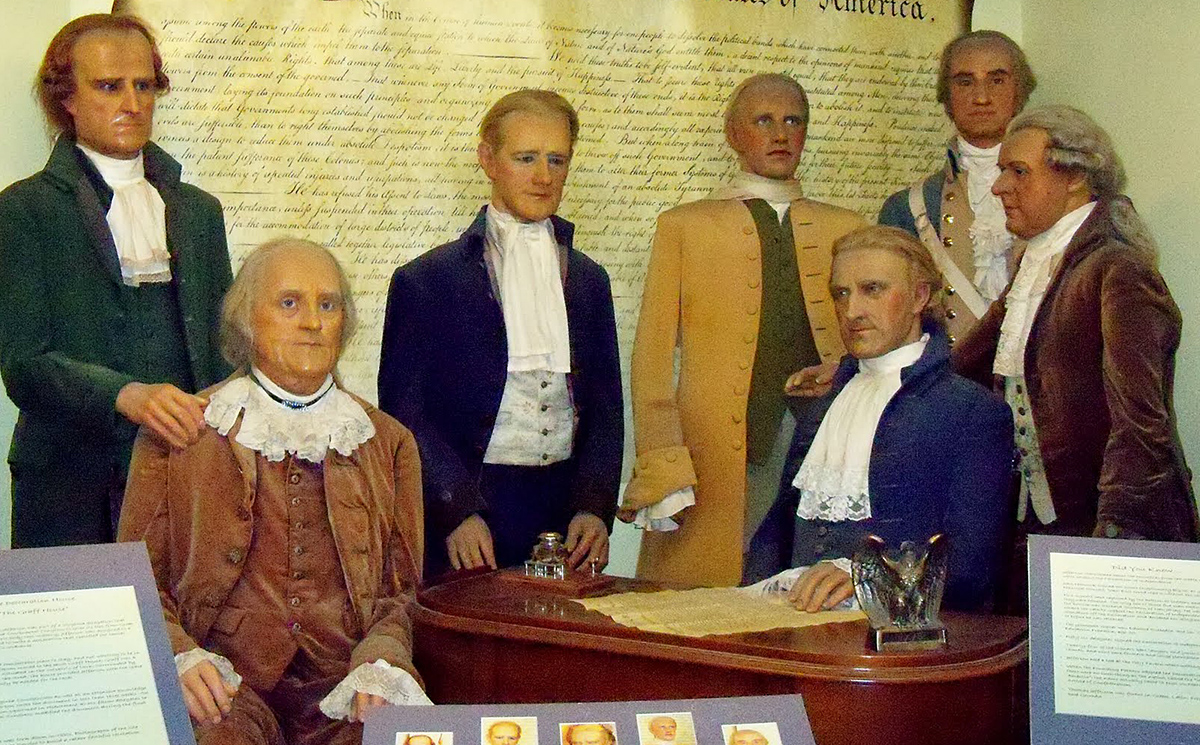 The University of Virginia Press is launching &amp;ldquo;Founders Online,&amp;rdquo; a website offering free access to the papers of six of the most important figures from America&amp;rsquo;s founding era.

The University of Virginia Press is launching “Founders Online,” a website offering free access to the papers of six of the most important figures from America’s founding era. The site, developed by the press’ electronic imprint, Rotunda, will be officially launched Thursday at a ceremony at the National Archives in Washington, D.C.

University of Virginia President Teresa A. Sullivan will offer remarks on the collaboration between the archives and U.Va.

Rotunda staff began developing the Founders Online platform in 2011 under a cooperative agreement with the National Archives’ grant-making arm, the National Historical Publications and Records Commission. Two of the documentary editing projects included in this resource, the Papers of George Washington and the Papers of James Madison, are housed at U.Va. The website also includes “Early Access” material prepared by the Documents Compass group of the Virginia Foundation for the Humanities.

“U.Va. Press is honored to be working with the National Archives on Founders Online,” said Mark H. Saunders, interim director of the press. “This resource brings together the papers of Washington, Madison, Benjamin Franklin, Alexander Hamilton, John Adams and Thomas Jefferson in a user-friendly website that gives Americans and people around the world a firsthand account of the historic conversation that formed our democracy and allowed our country to thrive.”

For the past 50 years, the National Archives, through the National Historical Publications and Records Commission, has invested in documentary editions of the original historical records of the founding era. These projects, led by dedicated historians and expert editors, draw from archives across the country and around the world. The editors have collected copies of the original 18th- and 19th-century documents, transcribed and annotated them, and produced hundreds of individual print volumes.

In February 2008, inspired by the Capitol Hill testimony of historians, including David McCullough and others, Congress directed the U.S. archivist to expedite public access to these founding documents through online publication. In 2010, it provided funding to the commission to make the project possible.

Founders Online will include thousands of documents, replicating the contents of 242 volumes drawn from the published print editions. As each new print volume is completed, it will be added to the database. All of the “Early Access” materials – an additional 55,000 unpublished and in-process documents – will be posted online over the next three years. Students and others will be able to view transcribed, unpublished letters as they are being researched and annotated by the documentary project editors and staff. Together, some 175,000 documents are projected to be on the Founders Online site.

“This resource will be of immense value for the public to understand both the world and intentions of the nation’s founders,” said Kathleen Williams, executive director of the National Historical Publications and Records Commission. “Founders Online provides a bold economic, educational and technical model that will yield important lessons as we plan for future online publication of historical materials.”

To view a video about Founders Online, click here.