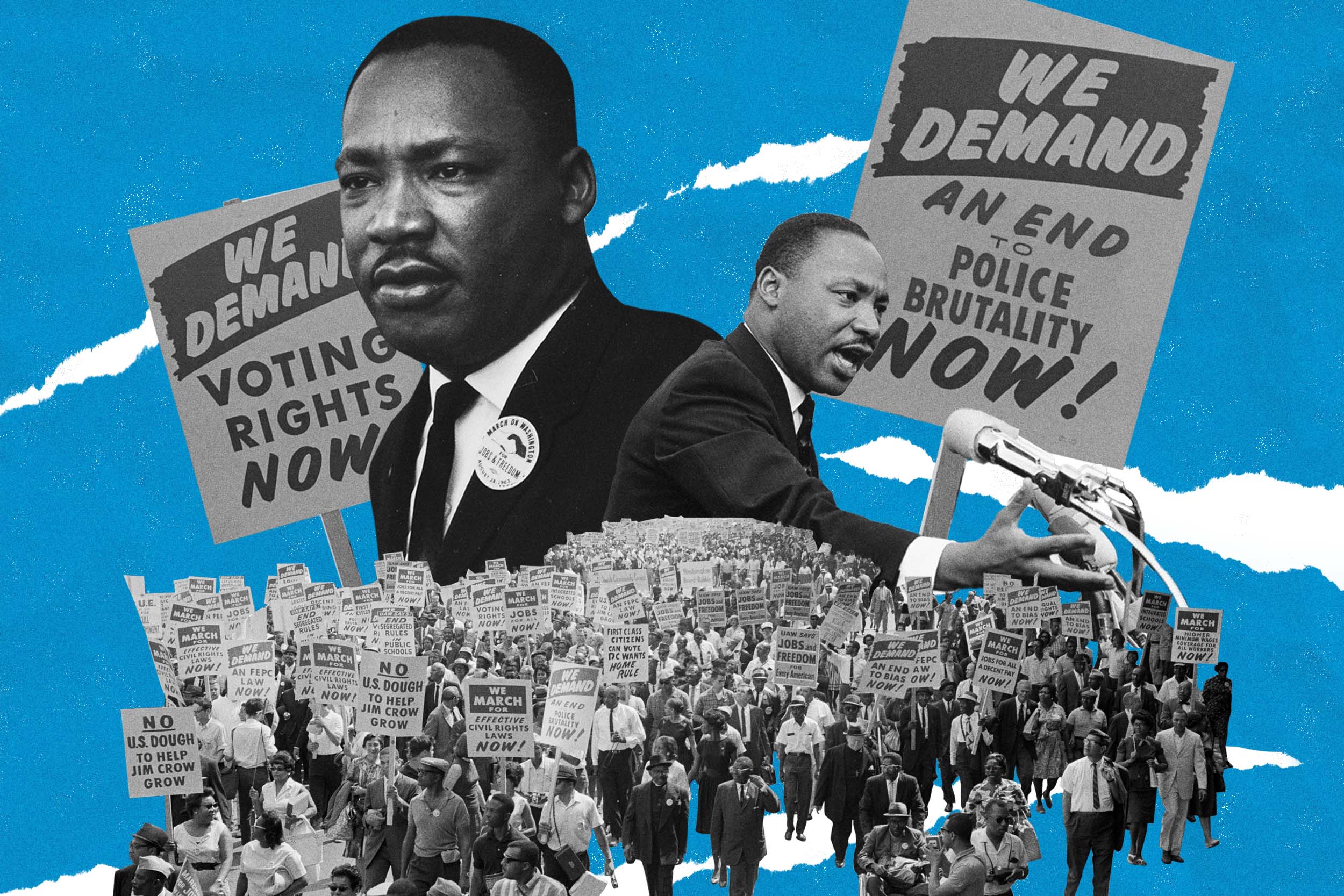 As the author of more than 100 of President George H.W. Bush’s speeches, Mary Kate Cary can spot a good address. In fact, the adjunct professor in the University of Virginia’s Department of Politics has collected 30 of them for her students to analyze this spring as part of a “Democracy Out Loud” class.

Her list is labeled “the greatest speeches in American history” on the class syllabus. It’s been compiled through research from a variety of reputable sources such as “50 Speeches That Made the Modern World,” by Chambers publishing company, and “My Fellow Americans: The Most Important Speeches of American’s Presidents, from George Washington to Barack Obama,” by Michael Waldman.

Naturally, addresses by the Rev. Martin Luther King Jr. – and one about the prominent leader of the civil rights movement, delivered following his assassination in April 1968 – make Cary’s list. 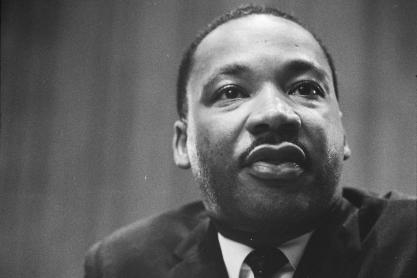 King is widely regarded as one of the best public speakers of all time. Cary, who’s also a senior fellow at the UVA Miller Center of Public Affairs, said the motivational nature of King’s speeches, akin to the famous Greek orator Demosthenes, is what sets him apart.

“Martin Luther King gets people to say, ‘Let us march,’” Cary said. “That’s different than listening to a speech and saying, ‘Wow, that was a pretty good speaker. They delivered that well.’ Well, that’s not the point. The point is to motivate people to get off the couch and either donate their money or volunteer their time or buy your product or vote for your candidate. That’s the point of a great speech.

“With Martin Luther King, his prior background as a Baptist minister and a preacher really fed into his cadence, his speaking style, his ability to deliver a speech off the cuff without notes, his biblical references that he could then build upon.

“A lot of his prior experience is what made him a great speaker, but also made him a unique voice in American history – one that no one else has ever been able to replicate.”

Ranked as the best American speech of the 20th century by researchers at the University of Wisconsin-Madison and Texas A&M University, King put an exclamation point on the Aug. 28, 1963 March on Washington for Jobs and Freedom with a passionate plea for racial harmony delivered at the Lincoln Memorial.

Though the speech’s most enduring phrase is used eight times, it wasn’t part of King’s script.

“The fun backstory, which very few people know, is Martin Luther King had been using this metaphor of ‘I have a dream’ in a number of speeches prior to this,” Cary said. “So this was not new.

“He had this group of close advisers that met the night before the March on Washington and they were going back and forth on what he should say. And King suggested, ‘I have a dream.’ And the advisers were like, ‘Oh, no, you used that a million times. Let’s do something different.’

“So the ‘I have a dream’ litany got voted down.”

King, of course, ad-libbed when prompted on stage by gospel singer Mahalia Jackson, who told him, “Tell ’em about the dream, Martin!”

“That happens a lot,” Cary said. “The speechwriter says one thing and the boss does another. Usually the boss is right.”

“Our God Is Marching On”

March 25, 1965 marked the end of the King-led walk in Alabama from Selma to Montgomery, where he addressed those who took the five-day, 54-mile journey with him in support of voting rights for African Americans.

A crowd of 25,000 watched as King quoted from poems, the Bible and songs. He used a call-and-response technique with the audience – “How long? Not long!” – before ending with lyrics from Julia Ward Howe’s “Battle Hymn of the Republic.”

“A recurring theme as King goes from 1965 to his death in 1968 is the ‘Battle Hymn of the Republic,’ and the idea of causing people to march,” Cary said. “That strategy goes all the way back to the ancient Greeks and Demosthenes.”

An Athens statesman, Demosthenes famously motivated his fellow citizens in their fight for independence against King Philip II of Macedon. When Cary presents to her class the best examples of march-provoking speeches, she uses King’s speech from Montgomery and President George W. Bush’s address from the National Cathedral following the Sept. 11 terrorist attacks. That, too, concludes with the “Battle Hymn of the Republic.”

He has sounded forth the trumpet that shall never call retreat;
He is sifting out the hearts of men before His judgment seat;
Oh, be swift, my soul, to answer Him; be jubilant, my feet!
Our God is marching on.

“I wouldn’t be surprised if (President George W. Bush) got the idea from Martin Luther King,” Cary said.

“I Have Been to the Mountaintop”

The last speech delivered by King came April 3, 1968 – the day before his assassination in Memphis – in support of that city’s sanitation workers, who were striking for better working conditions and pay following the death of two of their colleagues.

This was King’s third trip to Memphis during the strike, which had turned into a violent protest, leading to the police shooting and killing of 16-year-old Larry Payne.

“MLK told them that violence was a distraction because the media was writing stories about windows being broken and the death of Larry Payne,” Cary said. “The news stories were about the violence and not about the original injustice of the working conditions of the sanitation workers.

“So part of the speech was about keeping the focus on the injustice and telling them to stay with peaceful protest because, otherwise, the spotlight is going to go on to the violence and not on to the injustices.”

Those injustices, King told them, were unconstitutional.

“The theme of the protest was ‘I am a man,’ which was a reference to ‘all men are created equal,’” Cary said. “The Black sanitation workers were saying, ‘If all men were created equal, what about me? I’m a man, why am I not created equal?’

“I teach this in the class that the best speeches in American history are the ones that refer back to the Declaration of Independence and founding and the Constitution. To use ‘all men are created equal’ for the basis of a speech is usually a very smart way to go.

“That’s what the suffragettes did, that’s what the civil rights movement did. So many movements in American history used that as their theme, because it’s hard to argue the logic against it.”

The only non-scripted speech on Cary’s list comes from U.S. Sen. Robert Kennedy, then the Democratic presidential candidate, which he delivered on the evening of April 4, 1968, from the back of a truck while campaigning in an urban part of Indianapolis.

It came shortly after King was slain in Memphis. Kennedy first reported the news of King’s death, and then echoed the slain civil rights leader from the night before.

“He advocates, just like Martin Luther King did, for taking the nonviolent path,” Cary said. “And he ends with a call to action to pray for the King family and pray for the future of our country and to go forward with love and hope.

“And Indianapolis was one of the few cities in America that did not burn that night.” 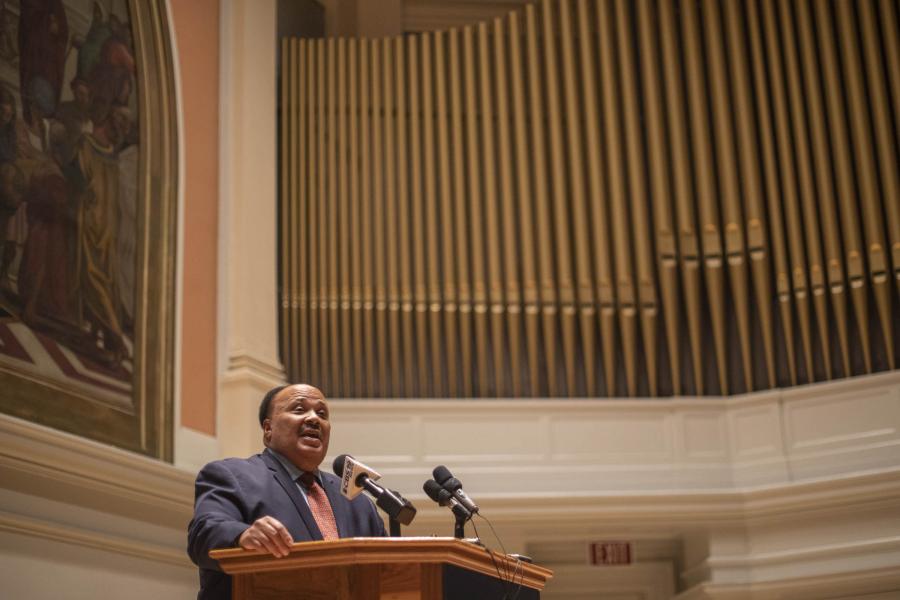 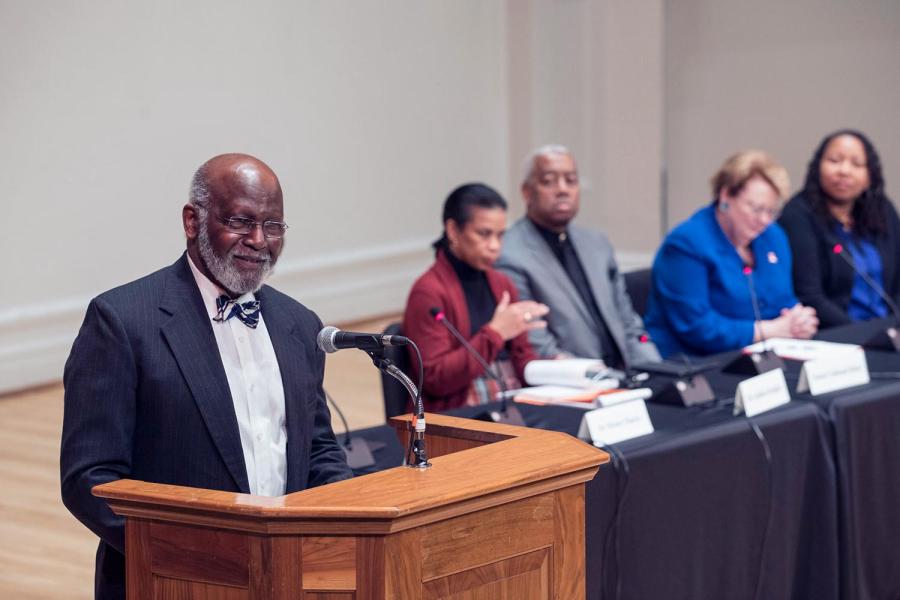 55 Years Later, Panelists Ponder King’s Question: ‘Where Do We Go From Here?’ 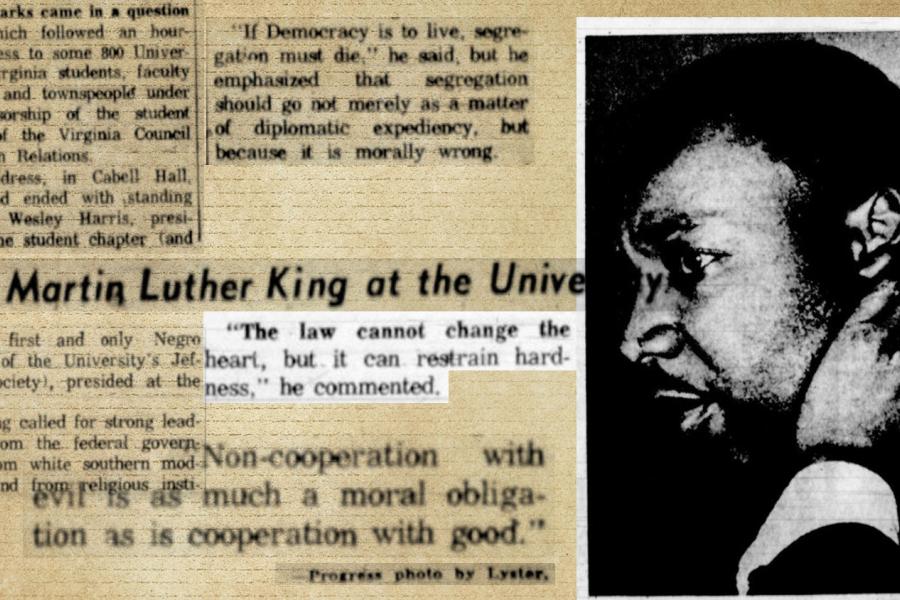 This is How the Rev. Martin Luther King Jr. Came to Speak at UVA in 1963