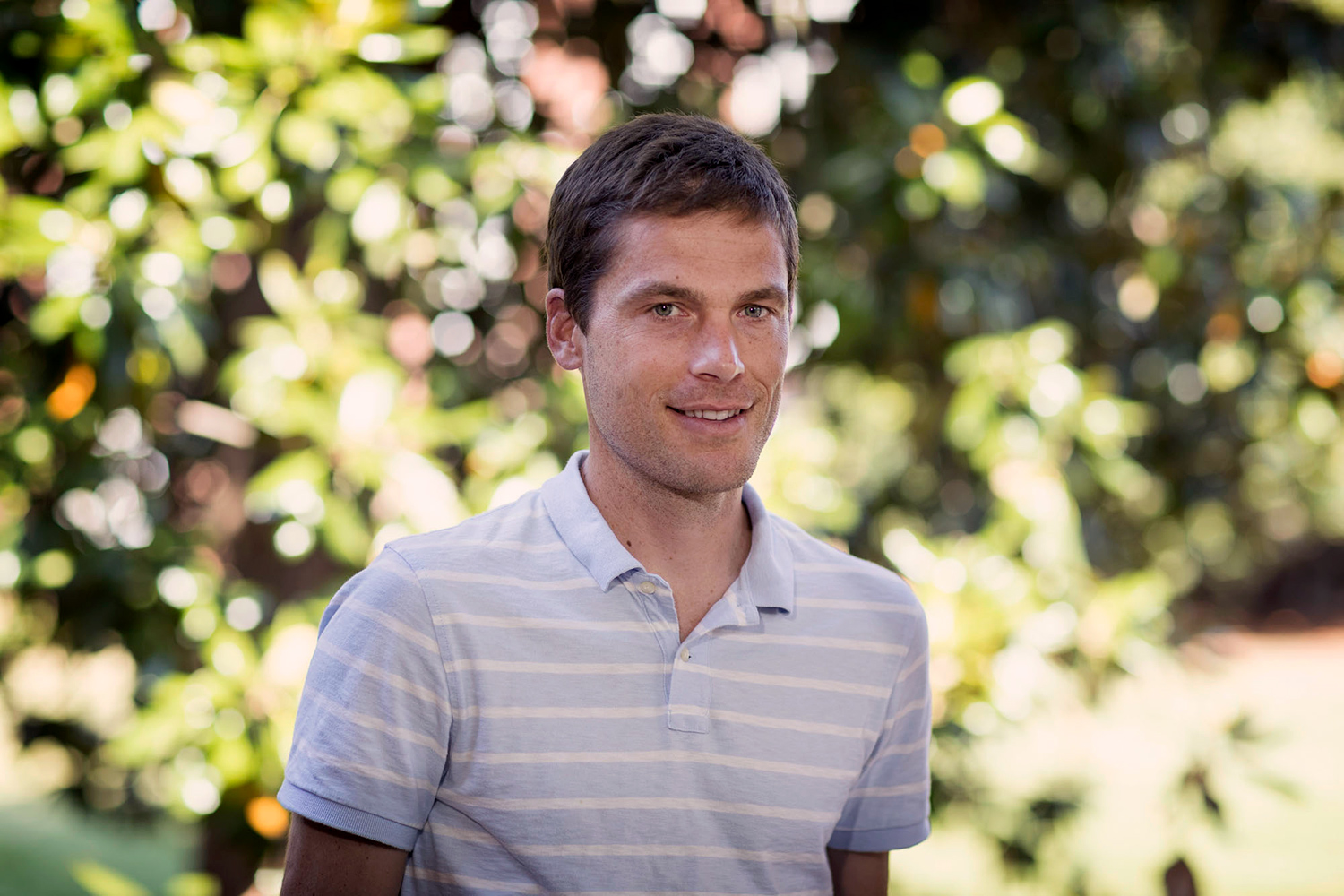 While he was busy earning Mid-Atlantic Region All-America honors on the soccer field at Lafayette College in the late 1990s, Leidy Klotz was also in the process of earning a civil engineering degree.

His use of that degree would temporarily be put on hold, though, as Klotz’s athletic talents earned him the opportunity to play professional soccer in the United Soccer League for the Pittsburgh Riverhounds and the Harrisburg Heat.

“I gave myself two years (on the professional circuit),” Klotz said. “I liked it, and I was getting to see the country, but I knew I was going to have a different career eventually.”

Now, Klotz is thriving in that “different career,” and is finding ways to incorporate his love for soccer into his role as a professor who holds joint appointments in the University of Virginia’s schools of Engineering and Applied Science and of Architecture. 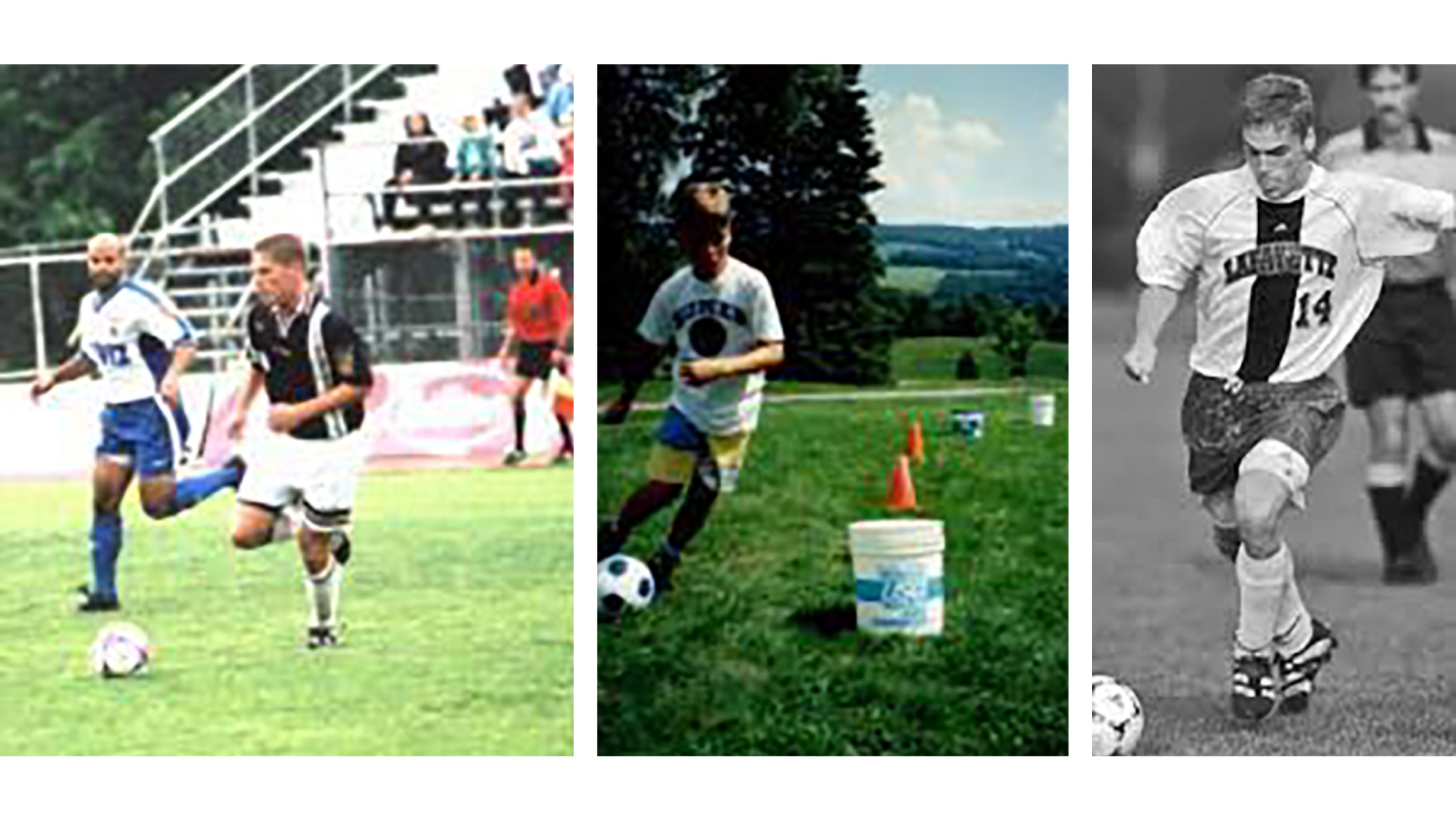 “I’m really interested in interdisciplinary education and research, and to me, that’s one of the biggest appeals of UVA,” said Klotz, who also spent four years working as a construction engineer.

In July, Klotz published his first book, “Sustainability Through Soccer: An Unexpected Approach to Saving Our World,” which explains key sustainability concepts through soccer analogies.

“The core definition of sustainability is meeting the needs of the current generation without compromising the ability of future generations to meet their own needs,” said Klotz, who teaches courses on sustainability systems in a built environment. “I wanted to write a book that would get the basic principles of sustainability across in a way that would reach a broader audience.”

For example, in the book, Klotz explains how the 2006 World Cup Final match between Italy and France is comparable to climate change.

With the score tied, 1-1, the game entered overtime. With everything to gain, and also everything to lose, French player Zinedine Zidane– widely considered to be the best player in the world at the time – head-butted a member of the Italian team, resulting in his removal from the game and ultimately led to a World Cup loss for France.

“Basically, he went past the threshold, got kicked out and entered the point of no return,” Klotz said.

Similarly, in the realm of climate change, Klotz explained how thresholds are being threatened due to major changes that are happening too quickly.

“We’re not worried about gradual changes that people can adapt to,” Klotz said. “We’re worried about when it goes too fast, and people and other things can’t adapt. Again, it’s the point of no return.”

Another key concept of sustainability revolves around the inertia of a system  – the idea that an object in motion will continue in motion unless an outside force causes it to stop, or that an object at rest will remain at rest unless a force sets it into motion.

In his book, Klotz demonstrates this principle through the famous Panenka technique, which is used when a soccer player is attempting penalty kicks. In this case, the system is the goalie and the shooter attempting penalty kicks is evaluating the goalie’s next movement. The shooter may consider kicking the ball to one of the goal’s two corners, but runs the risk that the goalie may anticipate his or her move.

“Goalies try to adapt to that by guessing,” Klotz said. “And if the goalie guesses right, he or she may have a chance of saving it.”

The shooter may also consider kicking the ball as hard as he or she can, but that potentially lessens the accuracy of the kick. Antonín Panenka, a Czechoslovakian soccer player from the 1970s for whom the technique was named, tried a different approach. In the 1974 European championship game against West Germany, the two teams entered a penalty kick shoot-out. Panenka was the final shooter, and the outcome of the game depended upon his success or failure. In an unprecedented and courageous move, he evaluated the goalie’s inertia and decided to shoot the ball slowly down the center of the field, deceiving the goalie who had guessed he would shoot it to the corner.

“The goalie dove out of the way and it just floated into the middle of the goal and Czechoslovakia won,” Klotz said. Panenka took advantage of the goalie’s inertia – his tendency to stay in motion – by shooting the ball where the goalie had been.

Interestingly, that same concept also applies to the ability of dune grass to keep barrier islands in place.

“Sandy barrier islands move up and down the coast naturally, and one of the things we try to do to keep them in place to do things like build houses on them or go to the beach is to build jetties,” Klotz said.

Jetties are intended to prevent the water’s current from moving the sand up and down. However, an unintended effect of jetties is that they speed up erosion because more force is created when the waves crash against them than would be created if they didn’t exist. That’s where dune grass comes into play.

Another option “to achieve that same goal is to plant dune grass,” Klotz said. “It keeps the sand that is there, there, and when wind is blowing, the grass knocks sand down out of the sky so it actually grows the dunes. It’s a much less expensive solution and takes advantage of the inertia that is in the system, which, in this case, is the moving sand and the waves” – much like Panenka took advantage of the moving goalie.

Klotz’s book contains numerous other analogies that he hopes will make readers thoughtfully consider the topic of sustainability and their roles in the issue.

To that end, Klotz also plans to offer a massive open online course, or MOOC, on sustainability through soccer on Coursera, an education platform that partners with universities and organizations to make free online courses available to anyone in the world.

“Sustainability is the framework for a better quality of life,” Klotz said. “I want to help people have a mindset shift so that they view things through that sustainability lens.”

For All of Us END_OF_DOCUMENT_TOKEN_TO_BE_REPLACED