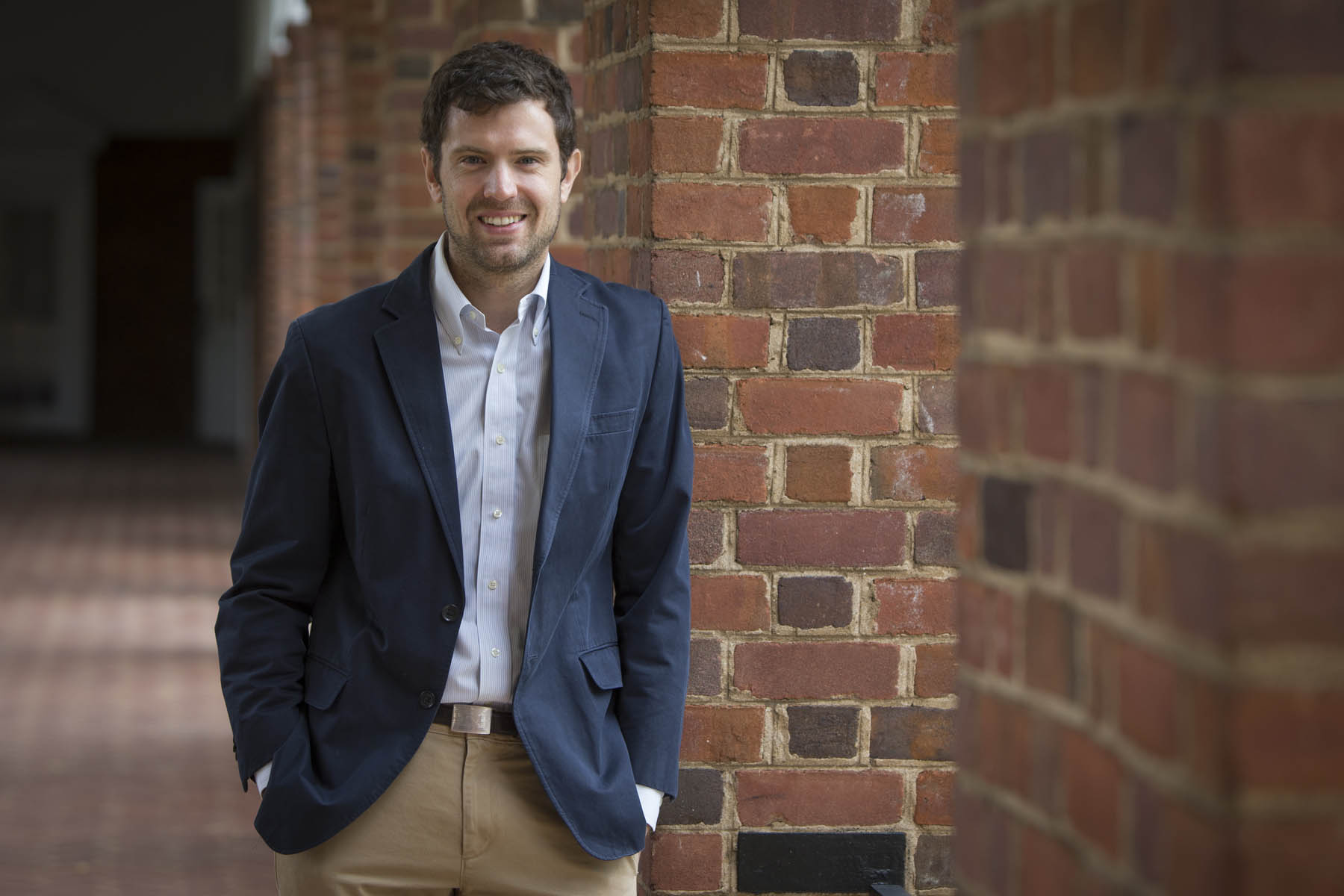 A University of Virginia engineering professor has proposed a novel approach for keeping waste carbon dioxide out of the atmosphere.

Andres Clarens, an assistant professor of civil and environmental engineering at U.Va.’s School of Engineering and Applied Science, and graduate student Zhiyuan Tao have published a paper in which they estimate the amount of carbon dioxide that could be stored in hydraulically fractured shale deposits after the methane gas has been extracted. Their peer-reviewed finding was published in Environmental Science and Technology, a publication of the American Chemical Society.

The team applied their model to the Marcellus Shale geological formation in Pennsylvania and found that the fractured rock has the potential to store roughly 50 percent of the U.S. carbon dioxide emissions produced from stationary sources between 2018 and 2030. According to his estimate, about 10 to 18 gigatonnes of carbon dioxide could be stored in the Marcellus formation alone. The U.S. has several other large shale formations that could provide additional storage.

The researchers’ model is based on historical and projected methane production, along with published data and models for estimating the carbon dioxide capacity of the formations. Clarens said that production records are available for how much methane gas producers have already extracted from the Marcellus Shale, as well as estimates of how much more they expect to extract. That provides a basis for determining how much space will be left in the formation when the methane is gone, he said. Clarens said gas would be adsorbed into the pores of the shale and held securely.

“This would be a way of eating our cake and having it too,” Clarens said. “We can drill the shale, pump out the gas and pump in the carbon dioxide.. I think this will get policymakers’ attention.”

He said his work deals with the chemical feasibility of the idea, and that additional studies must be performed to examine the economical, political and logistical implications.

“My field is carbon management – high-pressure carbon dioxide chemistry,” he said. “Right now, we are emitting huge levels of carbon dioxide, and we need new ideas on ways to store the waste.”

Clarens, who said he has no connection with the oil and gas industry, knows some in the environmental movement oppose hydraulic fracturing because of possible risks to ground and surface waters. However, he thinks this type of extraction is inevitable in many places and it is important to preemptively develop new strategies for handling the environmental implications, especially those related to carbon dioxide.

“There are a lot of people who say we need to get away from carbon-based fuels, and that may be possible in a few decades, but right now, fossil fuels power everything,” he said. “Finding ways to harvest these non-conventional fossil fuel sources without contributing to climate changes is a difficult but important challenge.”

Clarens said he believes he and Tao are the first researchers to propose this strategy. He hopes this paper will contribute to a discourse on how best to responsibly develop this booming resource.

Clarens, who received his doctorate from the University of Michigan, did his undergraduate work at U.Va., receiving a bachelor’s degree in chemical engineering in 1999.

Netflix to Add Ads. Why This Could Be a ‘Game-Changer’ for Your Viewing Experience END_OF_DOCUMENT_TOKEN_TO_BE_REPLACED

What’s Next for UVA’s Class of 2022? END_OF_DOCUMENT_TOKEN_TO_BE_REPLACED