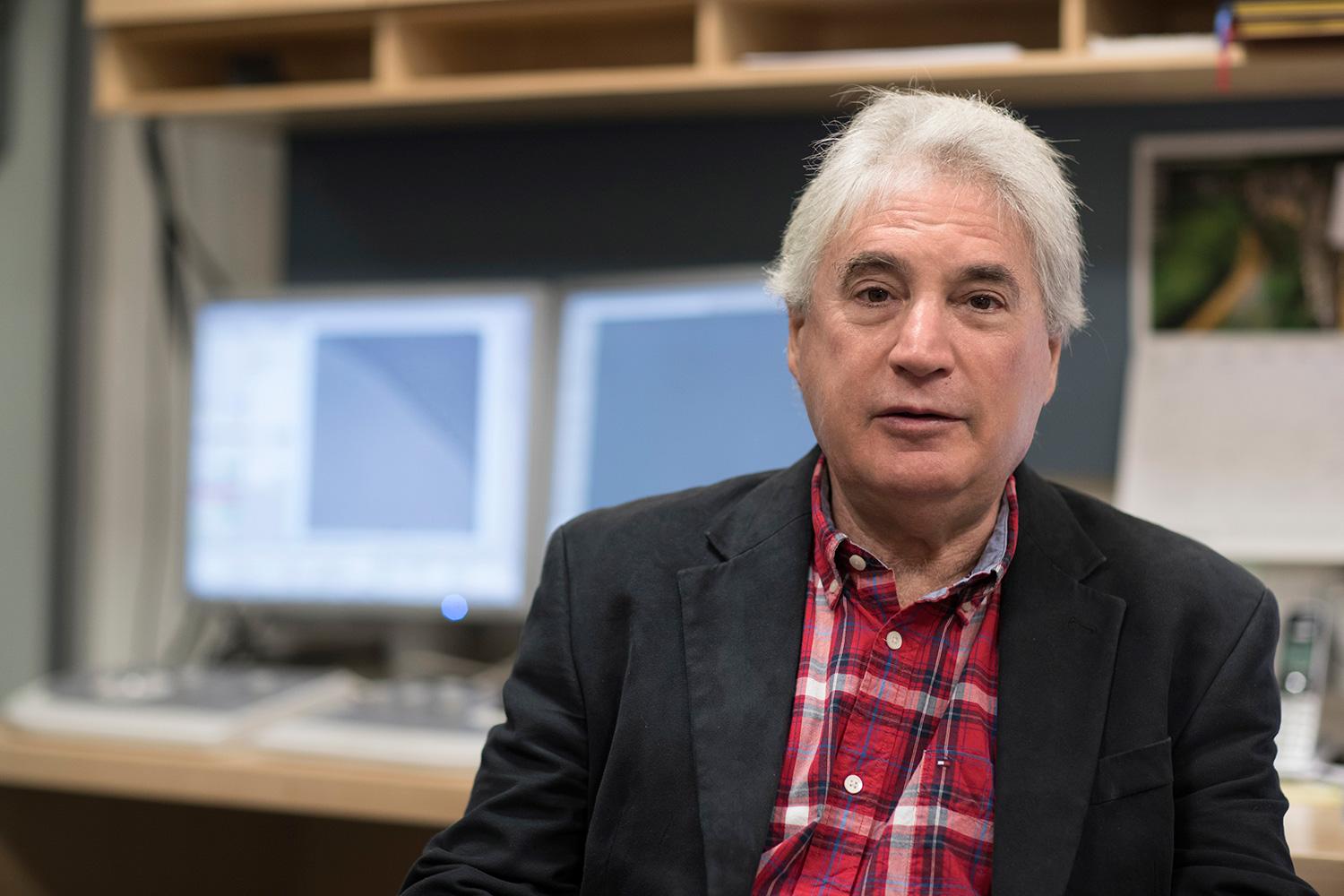 The University of Virginia’s School of Medicine’s Edward H. Egelman has been elected to the National Academy of Sciences, one of the highest honors for a scientist.

Egelman is among 100 new members elected to the academy, announced last week, bringing the number of active members to 2,347.

“Dr. Egelman’s election to the National Academy of Sciences is a wonderful recognition of his long track record of outstanding research,” Dr. David S. Wilkes, dean of the UVA School of Medicine, said. “We are proud to have him as part of the School of Medicine, and we are excited to see what discoveries he makes next.”

Egelman is Harrison Distinguished Professor in UVA’s Department of Biochemistry and Molecular Genetics. His work focuses on using cryo-electron microscopy and 3-D modeling to map out the world that is far too small for even the most powerful light microscopes to see.

“This is an amazing honor,” Egelman said. “It is truly gratifying to have my work receive such recognition.”

Egelman has attracted national and international headlines for discoveries such as how urinary tract infections take hold and how an almost-indestructible virus survives and thrives in nearly boiling acid.

One of his latest papers reveals how strange bacteria that live in soil and sediment can conduct electricity, potentially paving the way for tiny-but-ultrapowerful batteries and pacemakers without wires.

Egelman’s research has primarily targeted protein-DNA interactions inside cells and on an important protein called actin. The scope of his work expanded greatly, however, after he developed techniques to determine the atomic structure of spiral-shaped structures commonly found in nature, such as the hair-like pilli on the surface of bacteria. His department chairman, Anindya Dutta, has dubbed Egelman “the world’s go-to person” for developing imaging and mathematical tools to understand filaments formed by DNA and proteins.

“Over decades, Dr. Egelman has consistently developed new methods in electron-microscopy and cryo-electron microscopy to solve the structures of protein-nucleic-acid-lipid complexes. He has made surprising discoveries in areas as diverse as how bacteria responsible for urinary tract infections remain attached to the surface of the epithelium, how bacteria and their viruses survive in boiling acid, or how protein filaments present in nature can conduct electricity,” Dutta said. “We are delighted that a UVA scientist has been given this recognition for his achievements.”

Egelman is credited as an author on more than 230 papers and has lectured internationally. He has been active in the Biophysical Society, having served as a past president and as editor-in-chief of Biophysical Journal.

“While we have focused on very basic questions in biology, we are sure that there may be many future applications ranging from new ways to treat bacterial infections to developing new materials inspired by nature,” he said. “We are constantly surprised about both how much we do not know and how scientific research can lead us in unexpected directions.”