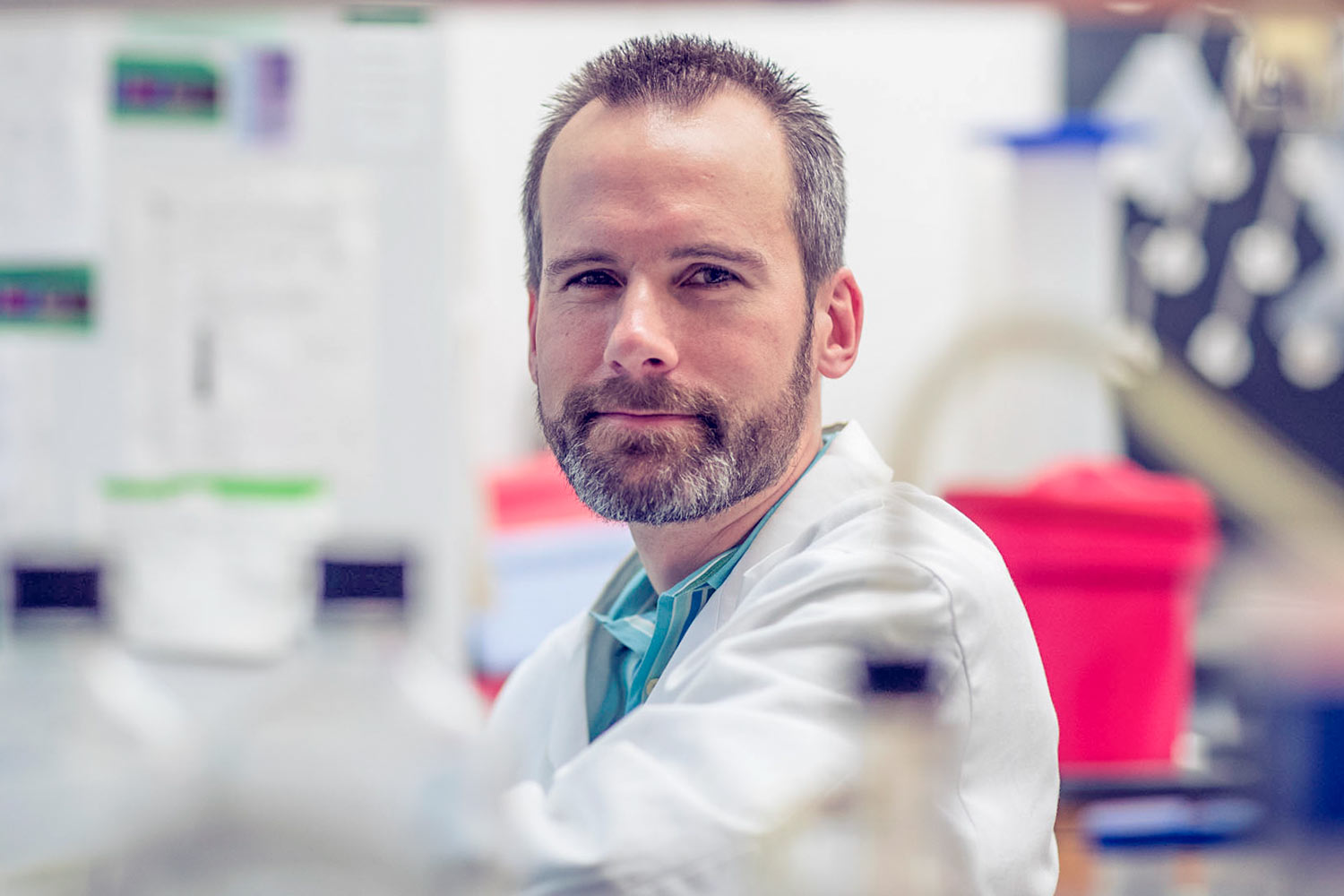 Triple-negative breast cancer earns its name because, unlike other breast cancer subtypes, its cells test negative for estrogen and progesterone receptors, as well as for a gene called HER2. Therefore, it cannot respond to therapies that inhibit cancer-growing signals that come from estrogen, progesterone and HER2. The only treatment options for triple-negative breast cancer are surgery, radiation therapy and chemotherapy, each of which cause difficult side effects and rarely lead to remission.

Triple-negative breast cancer is also highly variable from patient to patient and even among tumor cells of a single patient, making it difficult to understand and treat. Other breast cancer subtypes are homogeneous, more predictable and treatable.

University of Virginia researchers are working to study this variability and find an end-around method to stop triple-negative breast cancer, by seeking out unknown or little-understood routes toward shutting down uncoordinated growth.

“We’re interested in the variability that’s characteristic of triple-negative breast cancer,” said Kevin Janes, an associate professor of biomedical engineering. “We believe this variability gives clues to how the cancer arises, and clues to treatment possibilities that would exploit the way the tumors are regulated or misregulated as the cells communicate with each other.

“We’ve developed methods for investigating the variability of these cells, and finding targets worthy of further study, to see how they might be exploited to suppress growth of triple-negative disease. The hope is to eventually create novel medications that could stop this aggressive form of cancer by intervening in its progression, using methods we simply have not tried before. We are working hard to gain fundamental understanding of the processes that promote growth of the variable types of cells in triple-negative breast tumors. What we’re learning may inform, over the long term, the eventual development of new, targeted therapies.”

Janes is the corresponding author of a new study, conducted in collaboration with UVA pathologist Kristen Atkins, that details a possible way to reengage a tumor suppressor protein – Growth Differentiation Factor 11, or GDF11, that they found to be inactivated in triple-negative breast cancer cells. The results of the study, which combines laboratory experiments with bioinformatic analyses, are published this week in the journal Developmental Cell.

“Instead of trying to find and target hormones or genes that might promote growth of these tumor cells, as has been successful for other cancer types, we are focusing on a protein in triple-negative tumor cells that normally should inhibit abnormal cell growth, but has been disengaged,” Janes said.

Janes and his colleagues have found that GDF11 does not mature properly into a bioactive tumor suppressor, as it should normally do, but instead accumulates within cells in a “pre-active” state.

“This is an exciting realization,” Janes said, “because we now can look for ways to remobilize the GDF11 precursor and reengage its normal tumor suppressive activity wherever triple-negative cancer cells reside in the body.

“We’re still early in this investigation, but it may be a step in the right direction for getting a handle on ways to target this very difficult to treat breast cancer subtype.”

It’s Copperhead Season in Virginia. Here Is What You Need to Know END_OF_DOCUMENT_TOKEN_TO_BE_REPLACED

What’s Next for UVA’s Class of 2022? END_OF_DOCUMENT_TOKEN_TO_BE_REPLACED