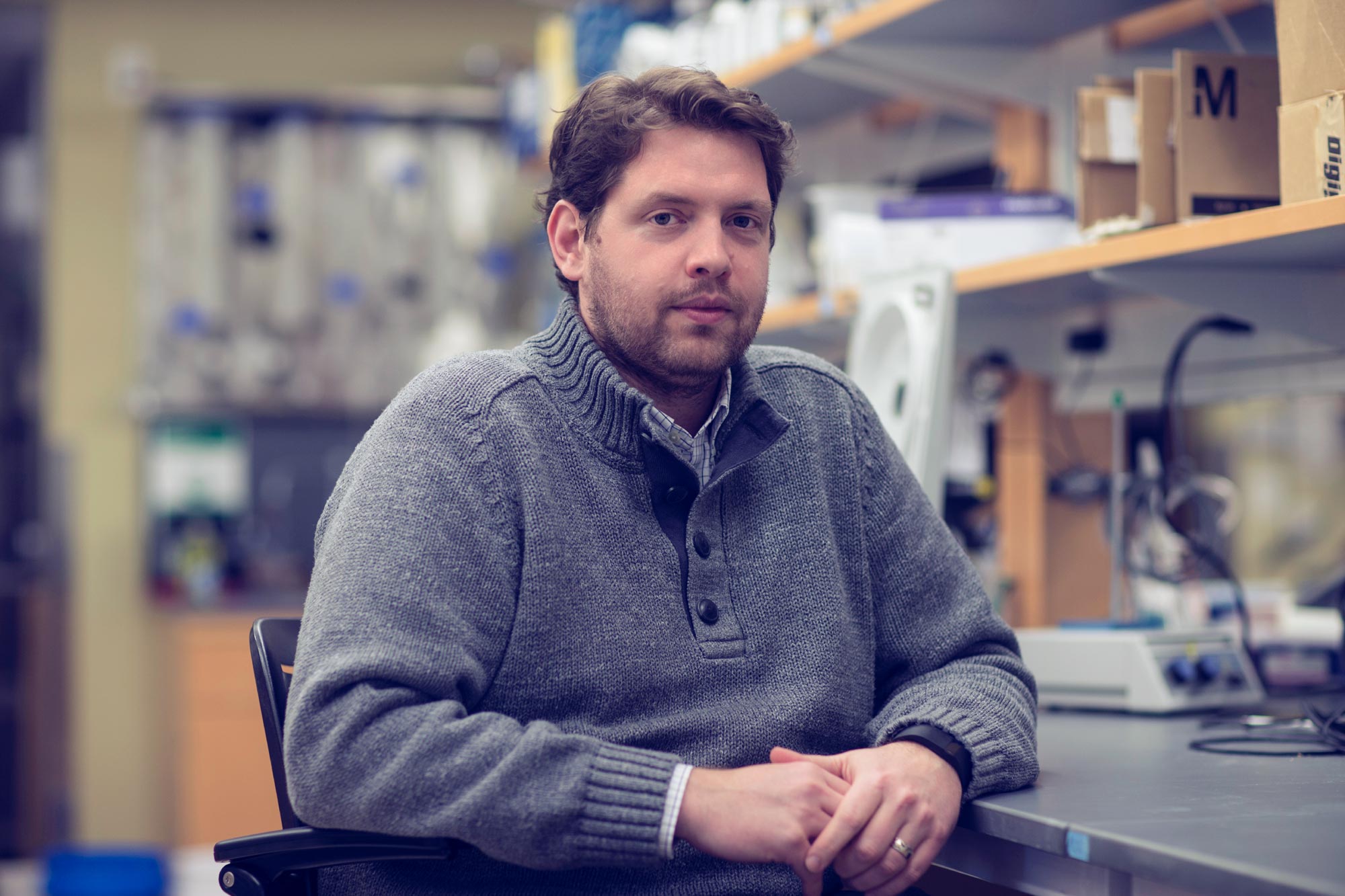 Neurons in the brain that produce the pleasure-signaling neurotransmitter dopamine also directly control the brain’s circadian center, or “body clock” – the area that regulates eating cycles, metabolism and waking/resting cycles – a key link that possibly affects the body’s ability to adapt to jet lag and rotating shift work, a new University of Virginia study has demonstrated.

The finding is reported in today’s online edition of the journal Current Biology.

“This discovery, which identifies a direct dopamine neuron connection to the circadian center, is possibly the first step toward the development of unique drugs, targeting specific neurons, to combat the unpleasant symptoms of jet-lag and shiftwork, as well as several dangerous pathologies,” said Ali Deniz Güler, a UVA professor of biology and neuroscience who oversaw the study in his lab.

Modern society often places abnormal pressure on the human body – from shifting time schedules due to air travel, to work cycles that don’t conform to natural light, to odd eating times – and these external conditions create an imbalance in the body’s natural cycles, which are evolutionarily synchronized to day and night. These imbalances may contribute to depression, obesity, cardiovascular diseases and even cancer.

“This shows that when we engage in rewarding activities like eating, we are inadvertently affecting our biological rhythms,” – Ali Deniz Güler, professor of biology and neuroscience

“Scientists have been working for decades to help the body’s circadian system readily re-synchronize to variable work and eating schedules and flights across multiple time zones,” Güler said. “Finding this connection between dopamine-producing neurons and the circadian center allows us to target these neurons with therapies that could potentially provide relief of symptoms for travelers and shift workers particularly, and possibly people with insomnia.”

“New understanding of dopamine-producing neurons and the connection to the body’s biorhythms may go a long way toward treatments to alleviate the harmful effects of these serious pathologies,” Güler said.

The researchers used two types of mice in their investigation: one normal, the other with dopamine signaling disrupted. By shifting the light schedules of the two groups by six hours, a jet-lag effect, they found that the dopamine-disrupted animals took much longer to resynchronize to the six-hour time shift, indicating feedback between the dopamine neurons and the circadian center.

“This shows that when we engage in rewarding activities like eating, we are inadvertently affecting our biological rhythms,” Güler said. “We may have found the missing link to how pleasurable things and the circadian system influence one another.”

The research was funded by the National Institutes of Health and accomplished in collaboration with the University of Washington’s Department of Pharmacology. With the support of 2017 Presidential Fellowship for Collaborative Neuroscience, a program developed by the newly founded UVA Brain Institute, the Office of the Vice President for Research and the Office of Graduate and Postdoctoral Affairs, the Güler lab intends to investigate how when we eat affects weight gain and obesity.

When Less Is More: How Harnessing the Power of Subtraction Can Add to Life END_OF_DOCUMENT_TOKEN_TO_BE_REPLACED