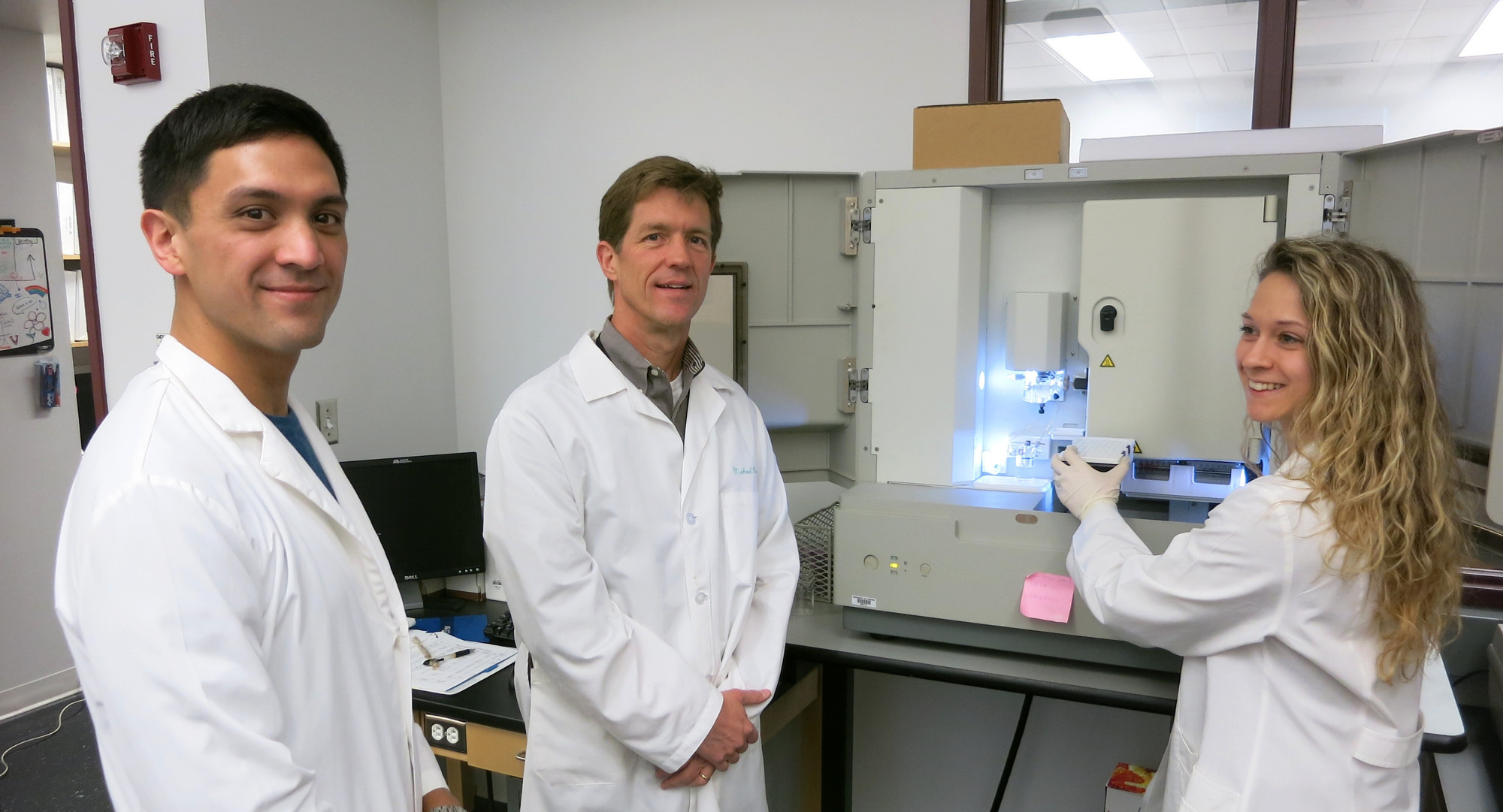 New research from the University of Virginia School of Medicine has shown how our DNA determines our ability to fight off viruses, revealing that many genes work together to control immune cells, tissue inflammation – and even our body weight after infection.

The research could one day allow doctors to tweak immune cells to enhance their ability to destroy viruses, and it may also assist in the development of new vaccines, among other benefits.

“What’s really intriguing about our results is that the parts of chromosomes that control body weight – the ability to control body weight after infection – and the ability to control immune cells after infection tend to coincide, with similar genetic mapping positions,” said Michael G. Brown of UVA’s Beirne B. Carter Center for Immunology Research. “So we think similar genes are controlling those features, which ultimately affects an individual’s ability to fight off an infection, or not.”

Brown has been fascinated by the role genes play in determining virus resistance for more than 30 years. “Different folks have different levels of resistance to virus infection, or cancer, or autoimmune disease, so I want to understand which genes are the basis for that,” he explained. “What is it that makes my genes or another person’s genes different in controlling immune cells or the level of susceptibility to virus infection?”

To address that, he and his team have spent years developing an elegant system to study the role of genes in the immune system. Among the new findings the system has produced is the identification of a gene that controls both the frequency of a natural virus-killing immune cell and the cell’s ability to fight infection.

“Not only does this gene control the accumulation of these important natural killer cells during infection,” Brown noted, “it also controls the extent of tissue damage and loss of organization in the spleen, an integral part of the lymphatic system that’s vital to the development of an appropriate immune response.”

Jeffrey Teoh, a graduate student in Brown’s lab who focuses on cell-to-cell interactions, examined the effect of different doses of virus infection on this gene. “I think this is a really important finding because in addition to its effect on natural killer cells, it controlled the entire organization of the tissue,” he said. “Modifying the tissue environment will affect where and how many different types of immune cells are able to interact, which could drastically affect the immune response and health of the individual after infection.”

While the researchers have been working in mouse models, Brown expects at least some of the newly found genes will have direct relevance to human immunity. “The findings might reveal new targets that would allow us to modify immune cells in the context of virus infection, tweaking them in one way or another to enhance viral control or diminish it, if necessary,” he said. “Any one of the newly identified chromosome regions could harbor immune cell control or virus resistance genes that are similar in humans and that we could possibly exploit as potential targets of immune therapy or vaccine development.”

Because of the complex genetic interactions at play, the researchers faced a formidable task in their bid to understand the nuances of those interactions. Doing so took a tremendous amount of computing power and human ingenuity. “That was one of the bigger challenges,” said Alyssa Lundren Gillespie, a research specialist in Brown’s lab. “Assimilating it all, formatting it, dealing with the computer power necessary to run the programs.”

Even now, more work must be done. For example, the research has identified where certain important genes are located on 16 chromosomes, but the researchers aren’t certain exactly which genes are responsible.

“Now the fog has cleared somewhat,” Brown said. “We still have to find the specific genes that control the actual characteristics, but I think we are much closer today than we were.”

It’s Copperhead Season in Virginia. Here Is What You Need to Know END_OF_DOCUMENT_TOKEN_TO_BE_REPLACED

What’s Next for UVA’s Class of 2022? END_OF_DOCUMENT_TOKEN_TO_BE_REPLACED