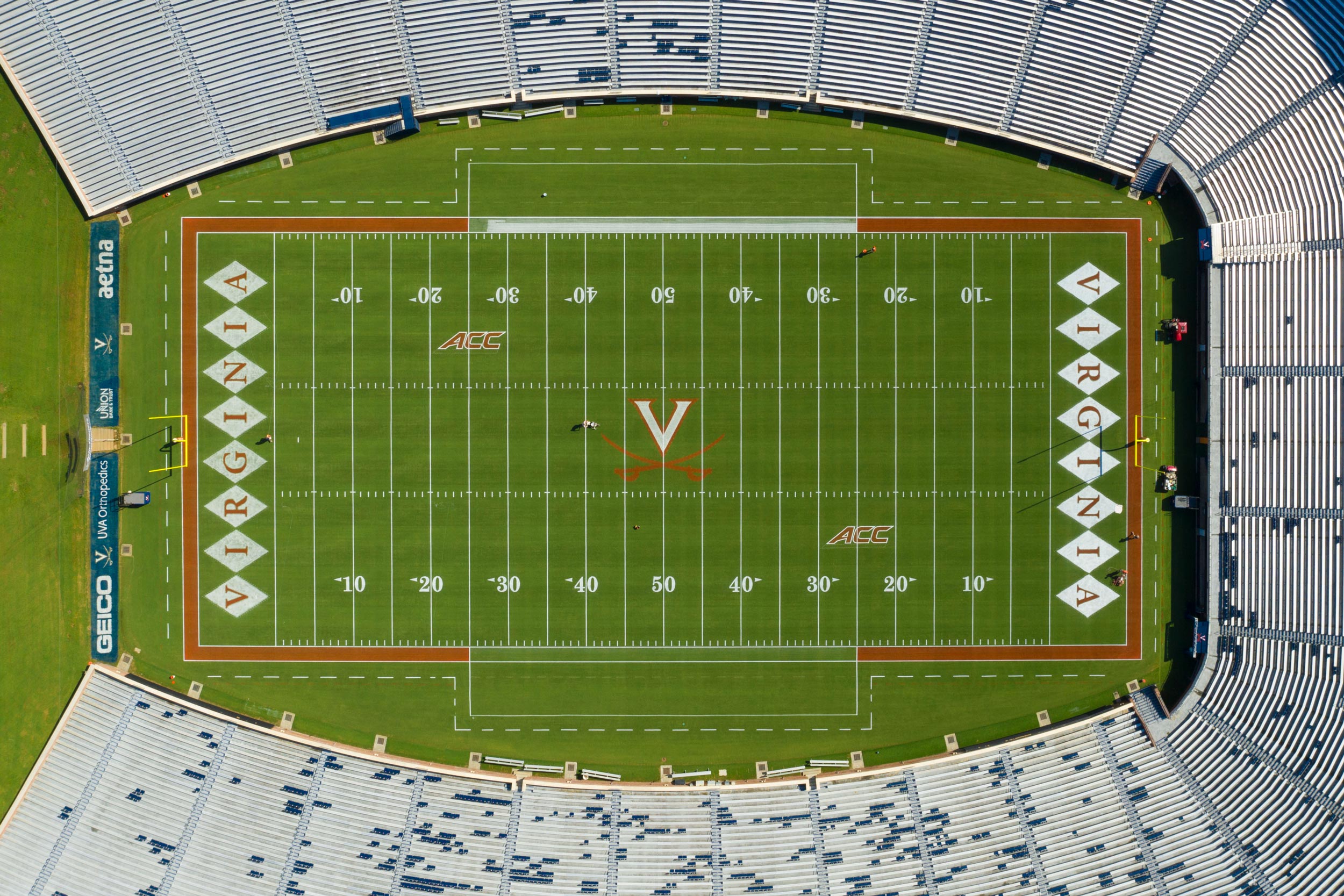 Carla Williams’ first football game as the University of Virginia’s athletics director was the Military Bowl, on Dec. 28, 2017, in Annapolis, Maryland.

Since then, Williams said, she’s spent considerable time studying “what we can do to help enhance the game-day experience for our students, for our families that come to the games, for our alums, and also for our student-athletes, our players. It’s a big deal for them to know that there’s a lot of excitement and enthusiasm in the stands. They feed off of that, and we want to make sure that we can provide that for them.

The Cavaliers’ home opener this season is Sept. 6 against William & Mary, and fans will notice changes to their experience at Scott Stadium. Among the highlights:

Wi-Fi has “become a big part of the in-game experience,” Williams said, “but food, music, the overall pregame atmosphere, the in-game atmosphere, even the postgame atmosphere, we’re talking about that, too. Ease of access in and out of the venues; short, efficient concession stand lines; and water that’s reasonably priced. And the ability to refill containers is really important.” 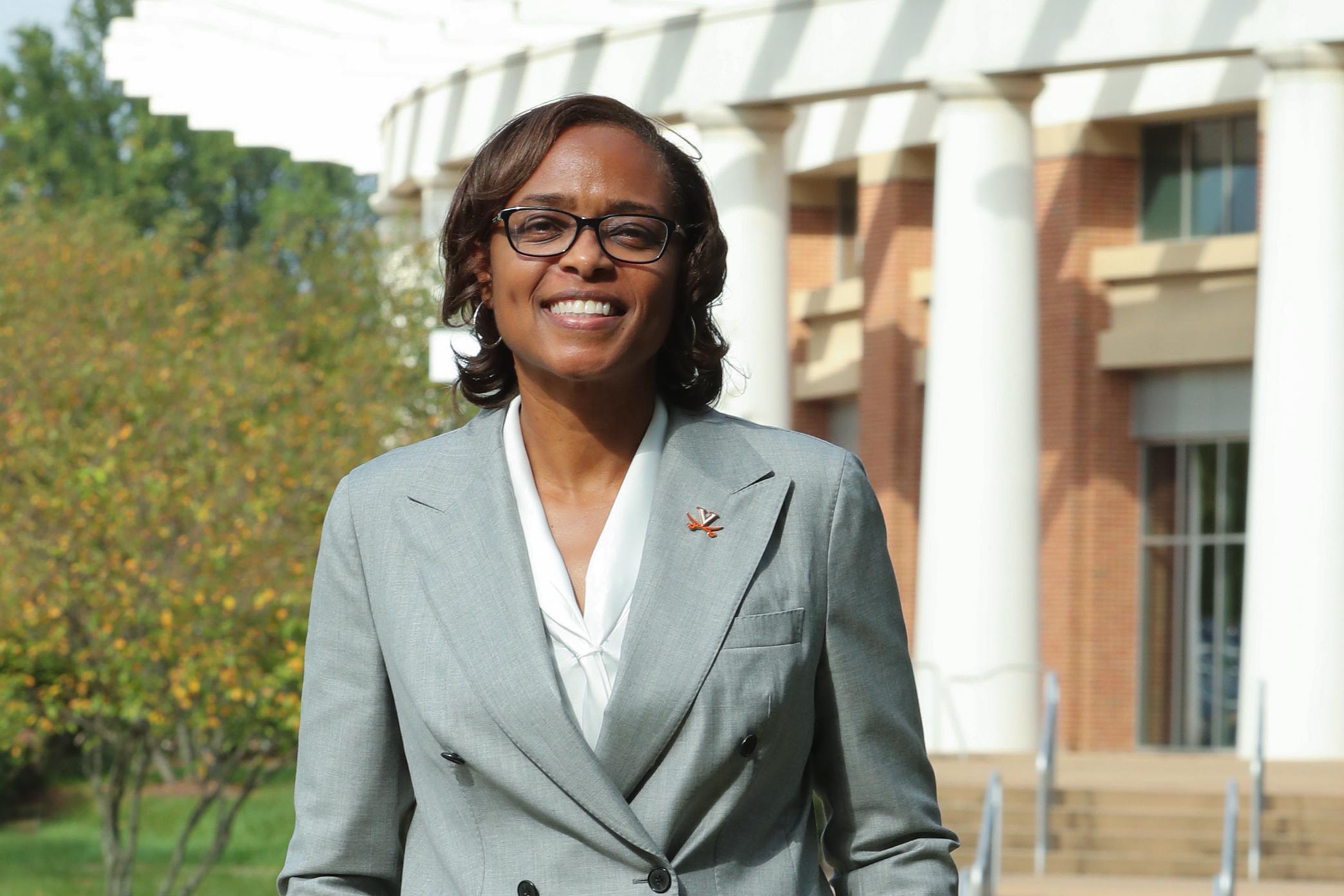 The sale of alcohol inside stadiums is becoming increasingly common in college football. At UVA, the athletics department “worked hand-in-hand with the University to bring this to fruition,” Williams said. “We’ve studied this for the year and a half that I’ve been here, and for some time before I got here, just like everybody else around the country.

“In speaking to our colleagues around the country that have done this, they have seen a decrease in the number of alcohol-related incidents in-venue. So with proper monitoring and responsible fans, it should be a positive. But we’re going to monitor all of this, and if we need to change something, we will.”

Williams said game-day atmosphere is a topic she and her fellow ADs regularly discuss.

“It’s a part of our meetings,” she said. “It’s that delicate balance of making sure that we provide the television option, but also get people in the stands. So the game-day atmosphere is something we’re all trying to figure out how to enhance for all sports, really, but especially football.”

The athletics department’s Strategic Marketing and Fan Engagement group has surveyed fans to see what they like and don’t like about games at Scott Stadium, Williams said. Feedback from coaches and players also was taken into account before changes were implemented.

“Really, in everything we’re doing, we’re trying to figure out how to move the program forward in a way that creates excitement,” Williams said.

Success helps, she acknowledged. The Cavaliers have posted a winning record only twice in the past decade, but they’re coming off a season in which they finished 8-5 after defeating South Carolina, 28-0, in the Belk Bowl.

Virginia, in its fourth year under head coach Bronco Mendenhall, opens the season Saturday night at Pitt. The Wahoos are picked to win the ACC’s Coastal Division, in part because of players such as senior quarterback Bryce Perkins, whose 3,603 yards of total offense last year were a school record.

Perkins told reporters Monday that he senses growing enthusiasm on Grounds and around Charlottesville for UVA football, and he said the players appreciate the support.

“It’s easy to notice at the games where the fans come out and are really active,” Perkins said. “That gives us more energy on the sideline. So any time the fans show great support on the field, and even off the field … it definitely makes anybody feel good that’s associated with the team.”

The annual Paint the Town Orange pep rally will take place on Sept. 5, the night before the home opener, on Charlottesville’s Downtown Mall.

Fall Is in the Air on Grounds END_OF_DOCUMENT_TOKEN_TO_BE_REPLACED